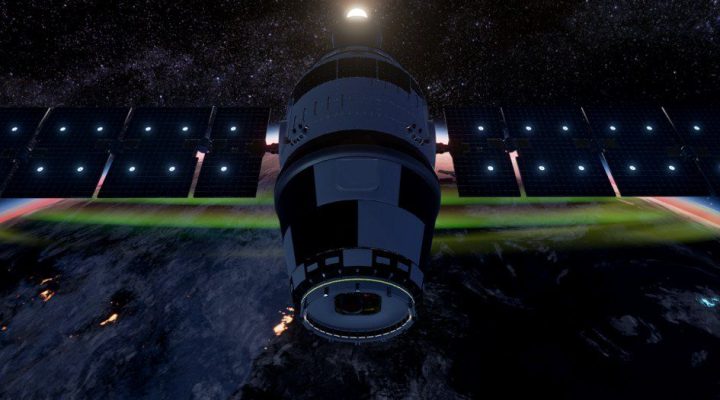 Hard to master but worth the effort.

Doesn't feel like anything else on the App Store.

Will be too full-on for some people.

Play sessions are a little large for mobile.

If you’ve ever wanted a job at NASA but have found yourself lacking in all the important departments like maths and science and knowing about space or even knowing what NASA stands for, then Satellite Command could well be the game you’ve been waiting for. It essentially gives you control of a freelance satellite company, letting you take on missions for cash as you try and become the biggest freelance satellite company that the world has ever seen.

But if you’re looking for a softcore experience then you’re going to find yourself overwhelmed pretty much from the beginning. This is a deep, engrossing game that lets you take control of a massive number of things. Let’s put it this way: the tutorial will last you longer than most other mobile games will stick around on your homescreen. 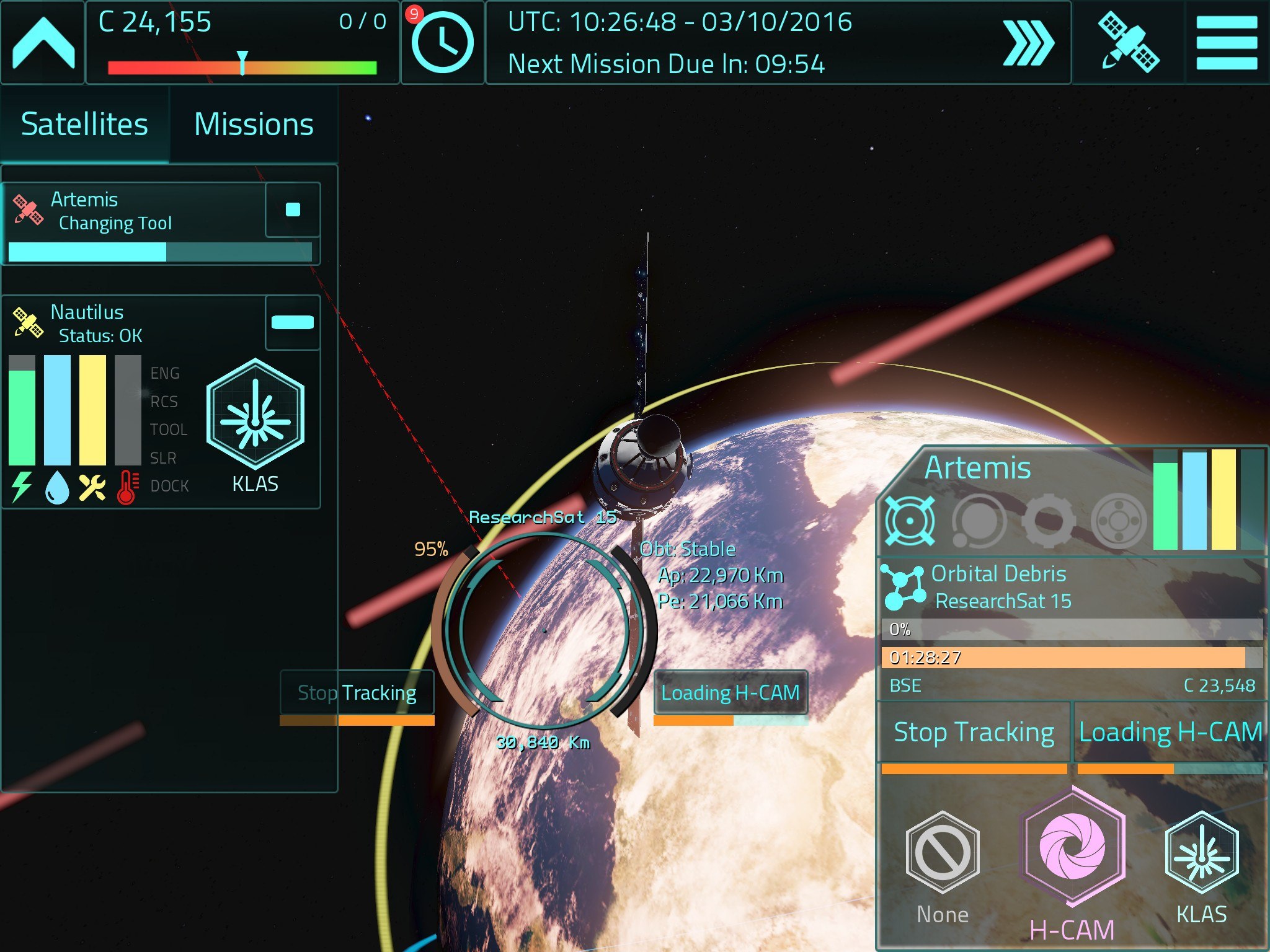 The game is all about controlling a fleet of satellites. They have a variety of different functions, from lasers that you can use to destroy floating bits of debris, to cameras and other instruments that you need to point in the direction of astronomical phenomenon to get some readings.

But you’re not just worrying about the missions that you need to complete. You also need to make sure that your various space vehicles can stay in, well, space. You need to repair them at a space station, and make sure you keep their batteries charged by angling them towards the sun.

Docking with the space station is a complex series of moves that involves you lining up the orbits of the satellite and the repair station, changing the speed and direction of your little craft so that it swoops in to the dock without smashing into pieces or plummeting to the earth and killing some cows. 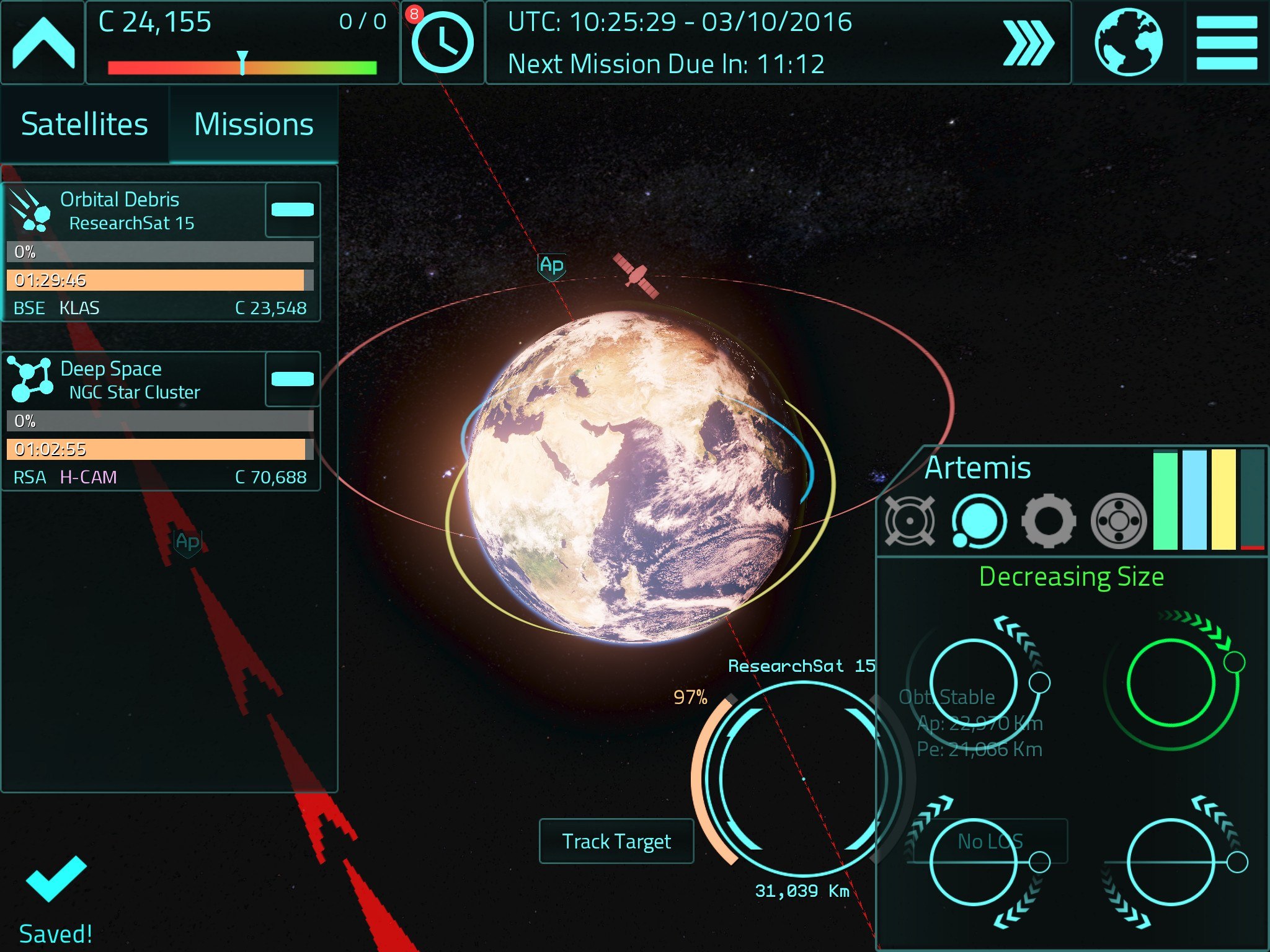 You’re also balancing the books, trying to make sure that you’ve got enough cash to keep your various space objects in the sky. If you start to run out of money then your hard earned investments will literally start crashing into the ground, which isn’t the best way to run a business, all told.

The game borrows perma-death from roguelikes as well, so once your company has collapsed you need to start from the beginning again, hopefully learning from your mistakes so that you can keep afloat (or whatever the space equivalent of afloat is) for a little bit longer.

This is a game that you need to put some time and effort into. And when I say some, I mean quite a lot. Like, you’re going to have to pull up your socks and really get to grips with everything the game throws at you, otherwise you’ll find that your space adventures come to an end remarkably quickly. 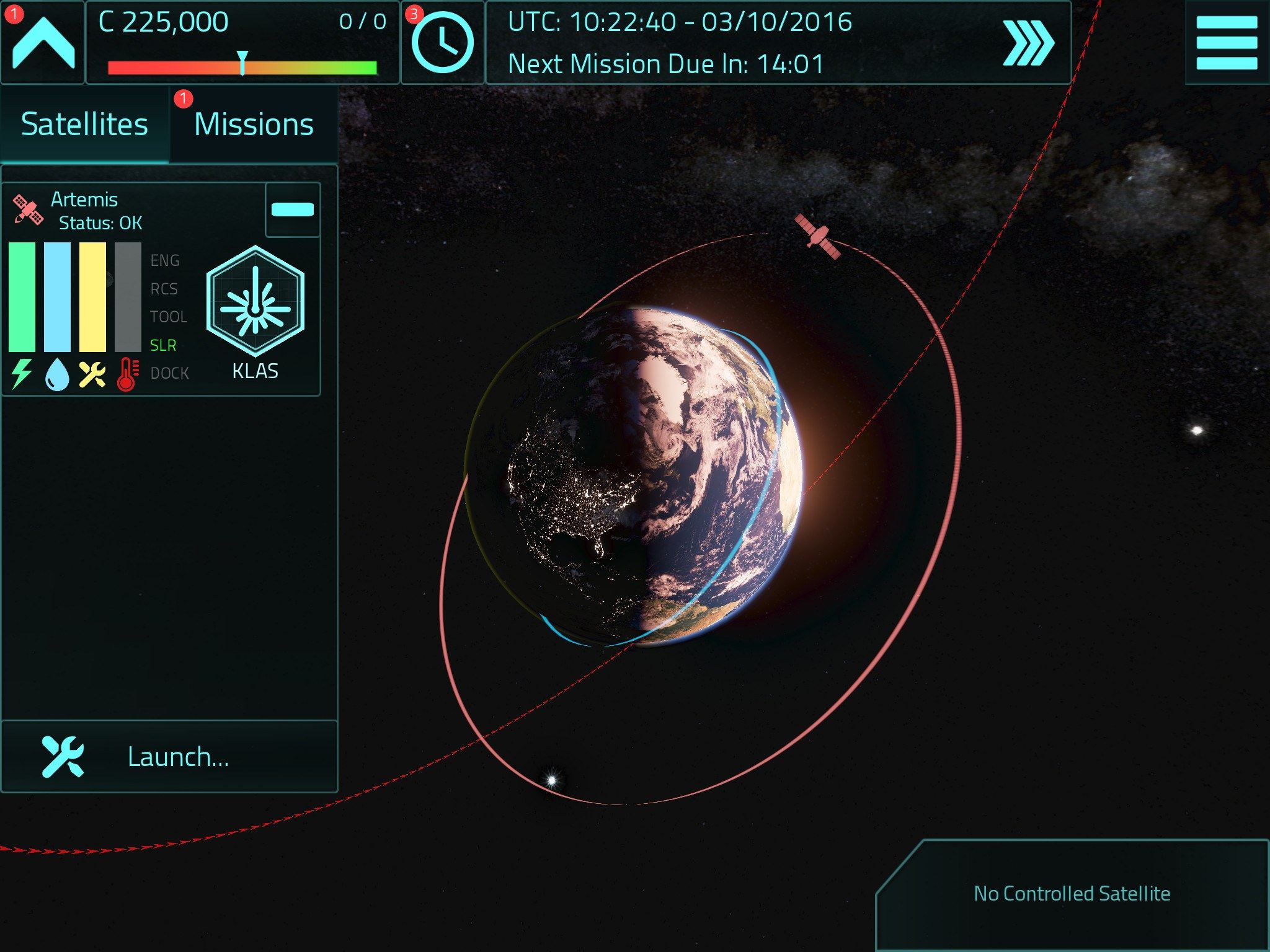 Satellite Command doesn’t grab you by the throat, but then it’s not that sort of game. It’s all about the slow pull, allowing you to work your way into the deeper mechanics at your own pace. There’s a lot to learn, and a lot to do, but in all honesty it’s worth putting your back into it.

This isn’t a game for the faint of heart, or anyone who’s looking for something that’ll let them grab a couple of minutes fun when they’ve got their phone in their pocket and some time to kill. What it is is a chunky, deep, elaborate space simulator that rewards you the more effort you give it. And if it gets you tangled up in its wires, lasers, and special solar panels, then you’re likely to end up putting a lot of effort into it.