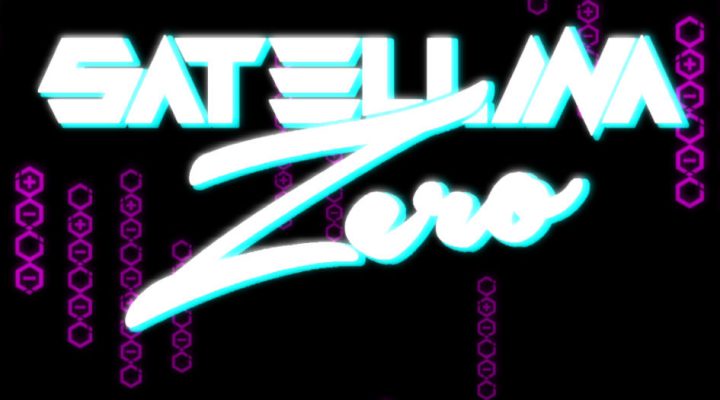 A great feeling of progression.

Mixture of ideas pushed together to make something fresh.

Not the best looking game in the world.

Some might find it takes a while to get used to.

The best mobile games often don’t need flashy graphics or huge concepts to work. They’re based on solid ideas, ideas that swell and grow the deeper you get into the experience. Ideas that you might not have seen before but that click from the second you start playing. And that’s pretty much Satellina Zero in a nutshell. It’s a brilliant mix of an arcade shooter, a music game, and a twitchy mobile gem. And it all works wonderfully. You’ll sink into its simple rhythms with a smile on your face, and come out beaten but still grinning a couple of hours later.

There are shades of some of the best games you’ve ever played here, and they’re all held together by an ingenious implementation of a simple core that will keep your fingers and your brain dancing around trying to keep up. 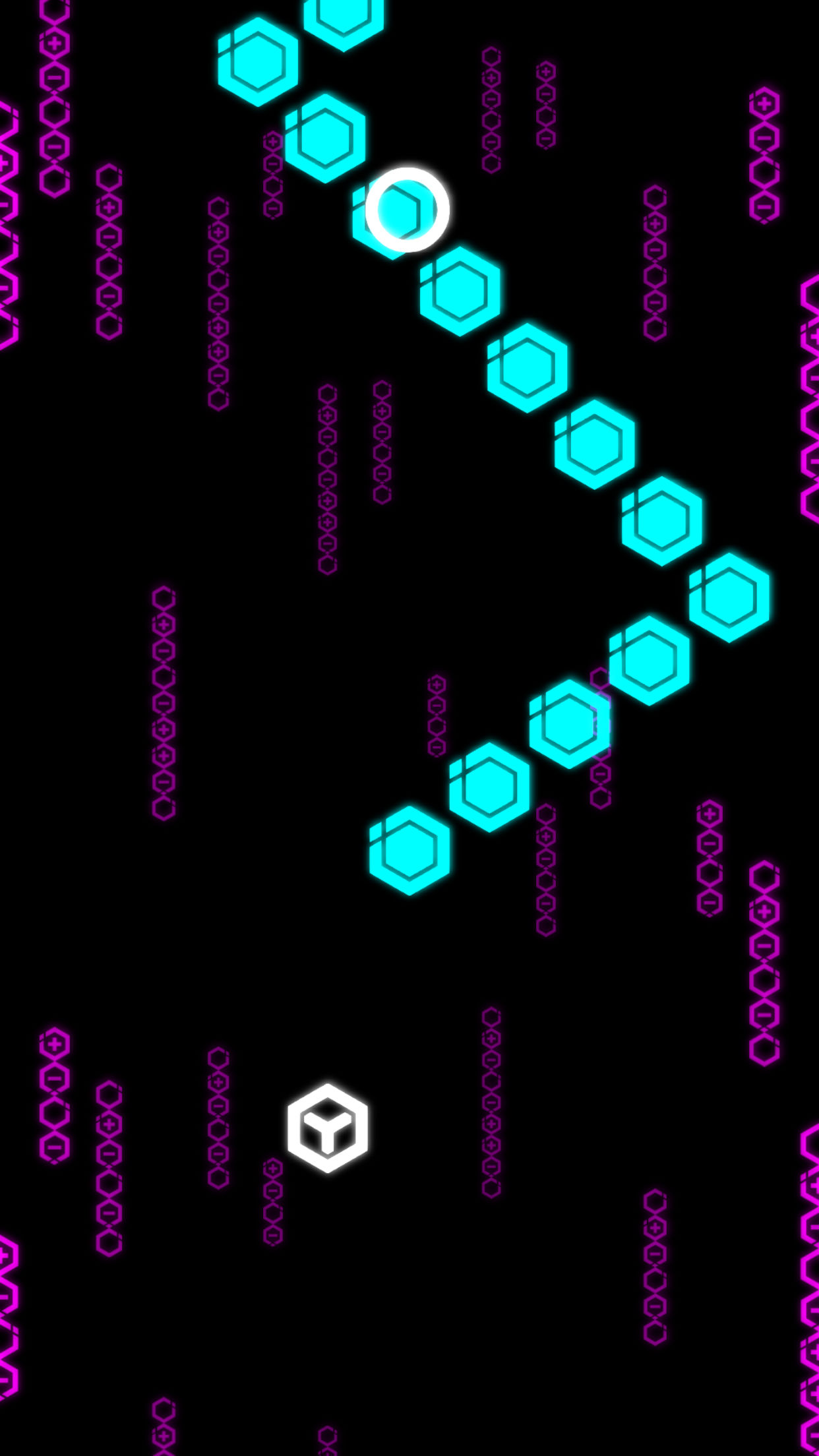 The game can be controlled with a single finger. You’re controlling a ship that’s scooting along the bottom of the screen. Slide left to move left, slide right to move right. Orbs descend on your position from the top of the screen, and it’s your job to catch all of them.

The twist is that some of the orbs are clear and some are blue. Lift your finger off the screen and push it down again and the orbs will swap hues – clear ones becoming blue, blue ones becoming clear. You can only collect orbs when they’re blue – grab a clear one and it’s game over. Letting an orb get past you signals the end of your run as well.

But when you push your finger back on the screen, your ship will leap to that position. And this is the key. Rather than just weaving, successful runs are based on jumping all over the place. And as the speed and difficulty ramp up, you’ll be darting and scrambling all over the place just to keep up. 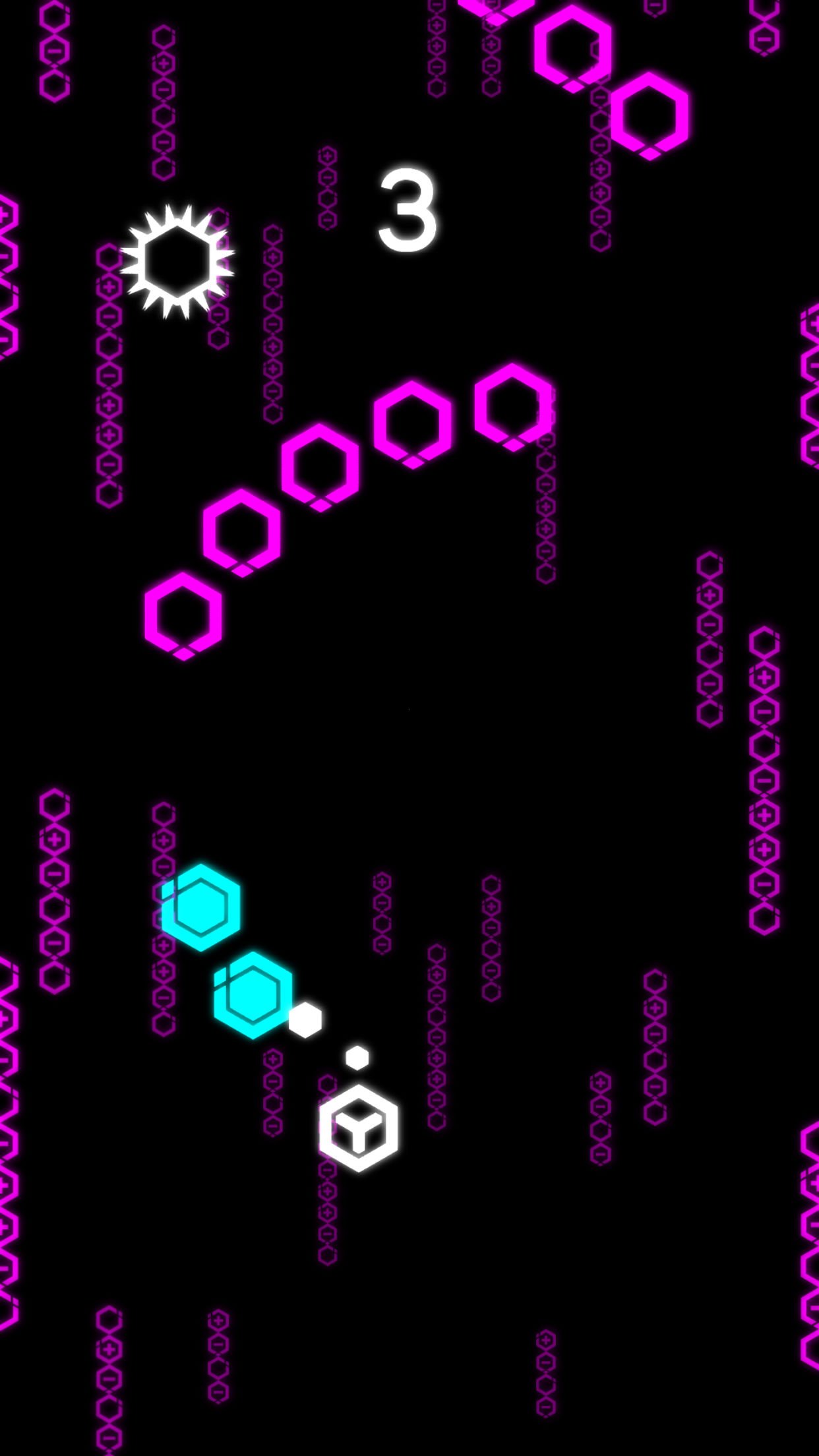 That’s where the brilliance of the game comes in. Sure it’s simple, but it’s simplicity lets it lull you into a false sense of security before dropping you into a chaotic maelstrom of orbs. There’s a brilliant musical addition to, with the orbs you collect releasing chimes that change and evolve the soundtrack.

You can unlock new colour schemes as well, and there are high scores to chase to unlock the next difficulty setting. The challenge is pretty much perfectly weighted, and just as you get to grips with one level, you’ll unlock the next and need to change your reaction times all over again.

The game modulates, changing just when you’re comfortable, and making sure that while you still understand what it’s getting at, you’re never coasting along. This is the sort of arcade progression that Taito would have been jealous of in its heyday.

Basically, Satellina Zero is really, really good. It takes elements from a bunch of genres that work really well on mobile, then scrunches them together to create a sort of super genre that works even better. It’s the sort of game you get itchy to play, and there’s no higher praise than that.

If you’re looking for a new addition to your arcade library, or you fancy seeing just how fiendish and addictive mobile gaming can be, then this is a great shout. It’s fast, it’s frenetic, it’s a bunch of other things that start with F, and it deserves to be played by as many people as possible.