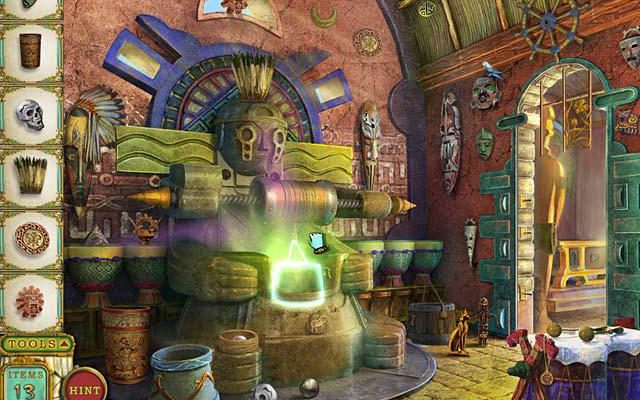 Sarah Maribu and the Lost World, a new hidden object game from ERS G-Studio, has a prologue that consists of a mere two sentences of text dialogue, but it’s enough to set up the basic premise, which is that a young woman is headed to a forgotten atoll discovered by her grandfather that contains ancient mysteries and treasures. What follows is a competent, if unexceptional, HOG filled with lovely art, a relaxing score, and fairly average hidden object challenges and mini-games.

There are more than two dozen areas for players to explore on the island, and we see them in linear order as the game’s simple story plays out. Each location has its own particular theme—a cave, a temple, an old ship—but they all fit the lost island milieu.

More importantly, they look great. Crisp, bright, and clean, even on full-screen setting with a 17-inch display, there’s little chance of players needing to squint to make out details in either the environments or the objects scattered about them.

On subject of objects, we’re provided a large selection of items to find (up to 50 per scene), most of which are appropriate to the locations we search and are of proper size and color. If you’re in an ancient building, expect to be tasked to find skulls, artifacts, and bugs; if you’re in a location recently inhabited by someone more modern, you may need to find books and pith helmets. 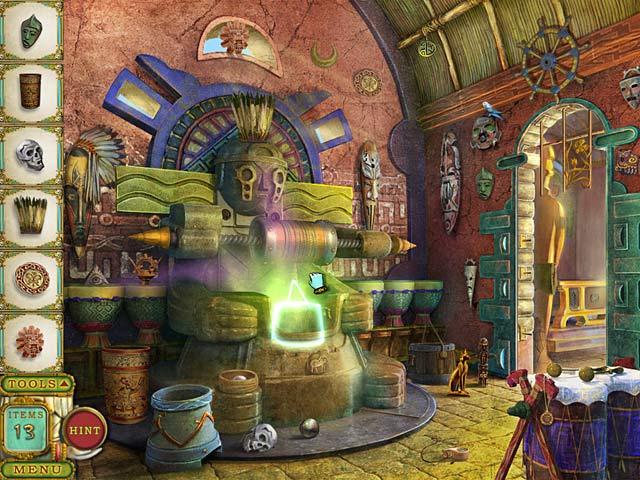 One thing the game does quite well is effectively communicate what it is you need to find without giving it away. We’re provided pictures instead of descriptions or silhouettes, but these pictures can be cleverly misleading. The object we’re looking for might be much bigger than what we see on the side of the screen, as in the case of a giant idol statue that I assumed was about the size of a beer mug. Or it could be oriented differently, which has the effect of changing its perceived shape. Or it might simply be hidden in shadows or obscured by another object.

Only in rare circumstances are we unfairly tricked by ghost objects or those that have been deliberately discolored to make them blend better with their backgrounds—though, strangely, it does seem to become more common in scenes in the second half of the game. Still, with unlimited use of a hint button (which takes about 30 seconds to recharge), there’s little chance of anyone getting stuck on these oddball objects for very long.

The game’s greatest problem is simply that it offers little in the way of innovation, which makes it begin to feel old more quickly than one would like.

Some of the objects we collect can be used as tools to, say, unlock a chest containing one of the objects we need to find, open a door to a second area filled with more objects in the same puzzle, or slide out a bridge that lets us keep exploring the island. You may also need to deal with living creatures in the environment by, say, laying down food to get a dinosaur to move or wetting a rag with a potion and using it to knock out a guard. 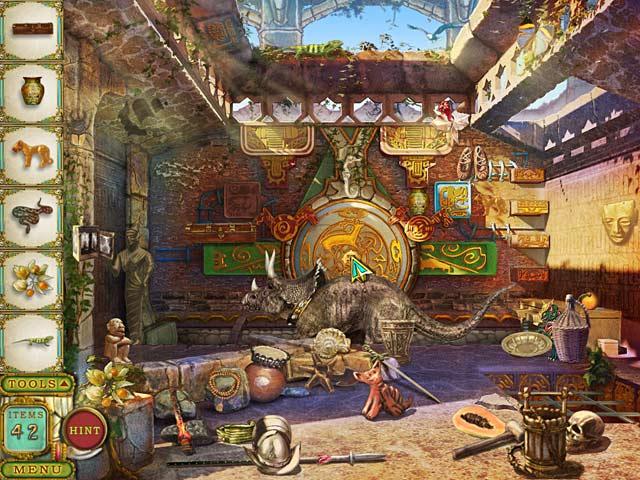 Thing is, little interactive challenges like these have been done before—and in many cases much more compellingly—in plenty of other HOGs. All we’re really doing in this game is slotting gems and levers into sparkling objects, which is hardly challenging.

ERS G-Studio also rolls out the occasional context-driven mini-game, such as a scale that needs to be balanced with coins, and a series of pipes with varying kinks that need to be rotated to create a gap-free line, but these distractions are too rare and too simple to add much value.

Sarah Maribu and the Lost World does enough to get by, but fails to truly excite. If all you’re looking for a safe, traditional HOG to while away a few hours, it will do the trick. Players looking for something with a little more verve and inspiration can pass it by without worry.