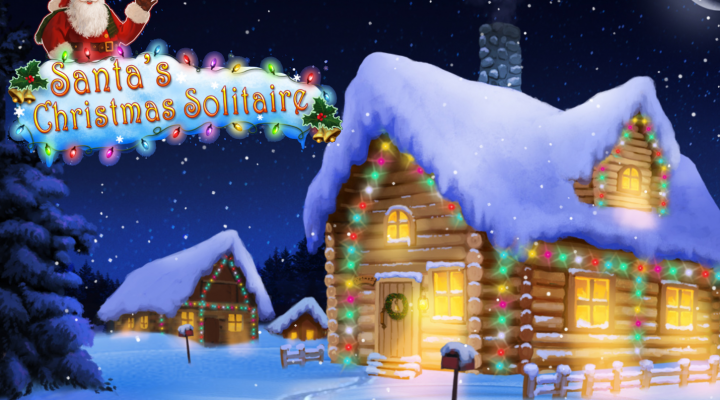 Straightforward solitaire with no bells, whistles, or distractions.

Not a lot of variety during scenes, just mindless matching.

With Christmas just around the corner, Santa is gearing up to get all those presents ready for delivery. And what better way to start the season than with a cup of hot cocoa and a fireside game of solitaire? Ok, so, ignore the premise, you came to play cards, right? And cards is what we’ve got, complete with power-ups, in-game shops, hidden object scenes, and sleighs full of holiday cheer.

On the surface, Santa’s Christmas Solitaire is a simple card removing game of solitaire. A deck sits at the bottom of the screen with a single card turned face up. Above, cards are shuffled into piles with the topmost turned so we can see it. Simply find a card that’s one greater or one less than the card next to the deck, click to collect it and reveal the next available card in the pile, then repeat until the entire screen has been cleared. It’s so easy, even Santa’s reindeer can do it! 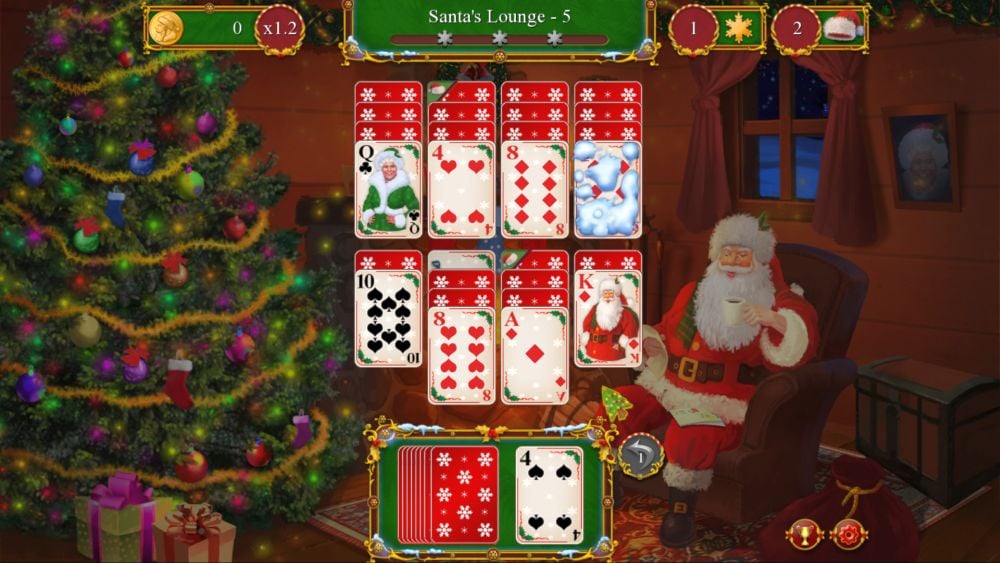 Throwing some snowballs into the mix are card-based obstacles like mistletoe and piles of snow. Cards can occasionally be locked in place by one of these mischievous items, preventing you from moving them off their piles. To clear them out, you’ll need to find a special card hidden in one of the other piles. Snow pile in your way? Find a shovel and start digging! The speed at which these items appear is directly related to the difficulty you select when you start the game. No matter how rare they are, though, just keep clearing cards and you’ll do just fine!

Santa’s Christmas Solitaire adds another unique feature to the realm of solitaire: an in-game store. Coins you earn during the game for making combos or picking special cards can be used to purchase any of two dozen items sitting in Santa’s storage room. Some of them are passive and offer bonuses like lower combo rates or increased luck, others are single use only and must be equipped to be used. The items are fairly expensive, so don’t expect to go breaking the game by using handfuls all at once. Think of them as a plate of cookies sitting on the mantle. A nice bonus, but not the main meal. 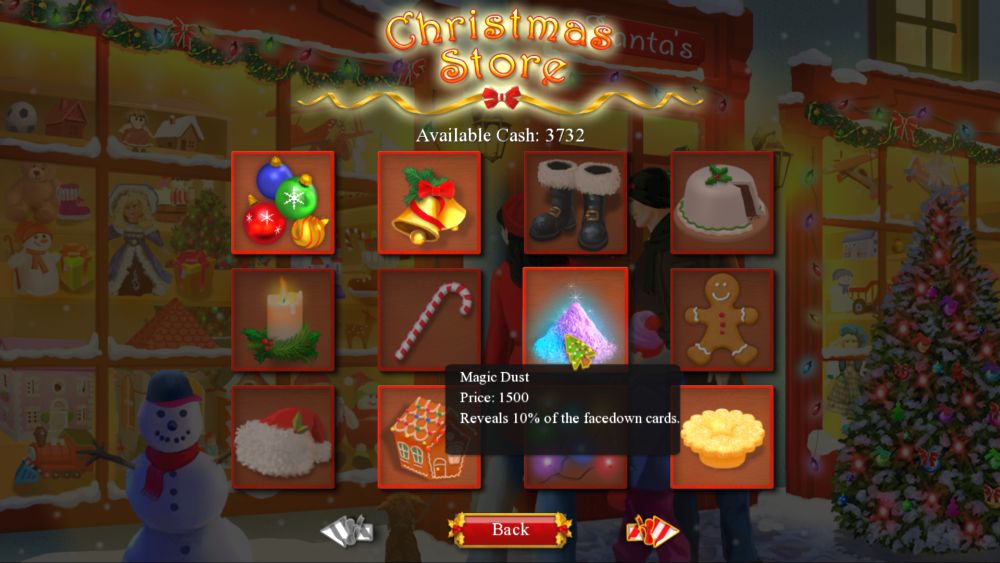 Santa’s Christmas Solitaire is a straightforward sort of title. Its reason for existence is stated right in the title: it’s solitaire, and it’s holiday themed. The game does both of these things quite well, keeping both the theme and the gameplay streamlined so you can settle in for some nice cards and cocoa without any hassle. The included shop, items, and occasional hidden object scene add a nice little touch to an already pleasant experience. Don’t expect the card game genre to get reinvented, but do expect a simple and satisfying holiday diversion.

Batman: The Telltale Series – Episode 4 Review: ‘Been Away a Long Time’