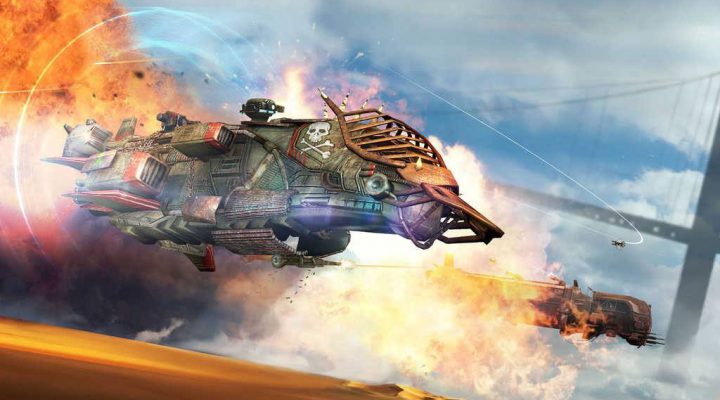 Ideal for dipping into

Not too heavy on IAP

You know how there are those games that you don’t sink hours upon hours into initially, but those 10-15 minute daily sessions soon build up? Sandstorm: Pirate Wars is one of those. It’s not the best at what it does, nor is it particularly smart, but it’ll get under your skin. At least for a little while.

Think of it as like a lighter version of Mad Max. You’re a pirate in a post-apocalyptic world and your sole aim in life is to, well, survive. You travel between various areas in your sand-cruiser, taking out enemies along the way and picking up whatever resources you can find. It’s pretty formulaic, but there’s something about it that draws you in while you’re playing. 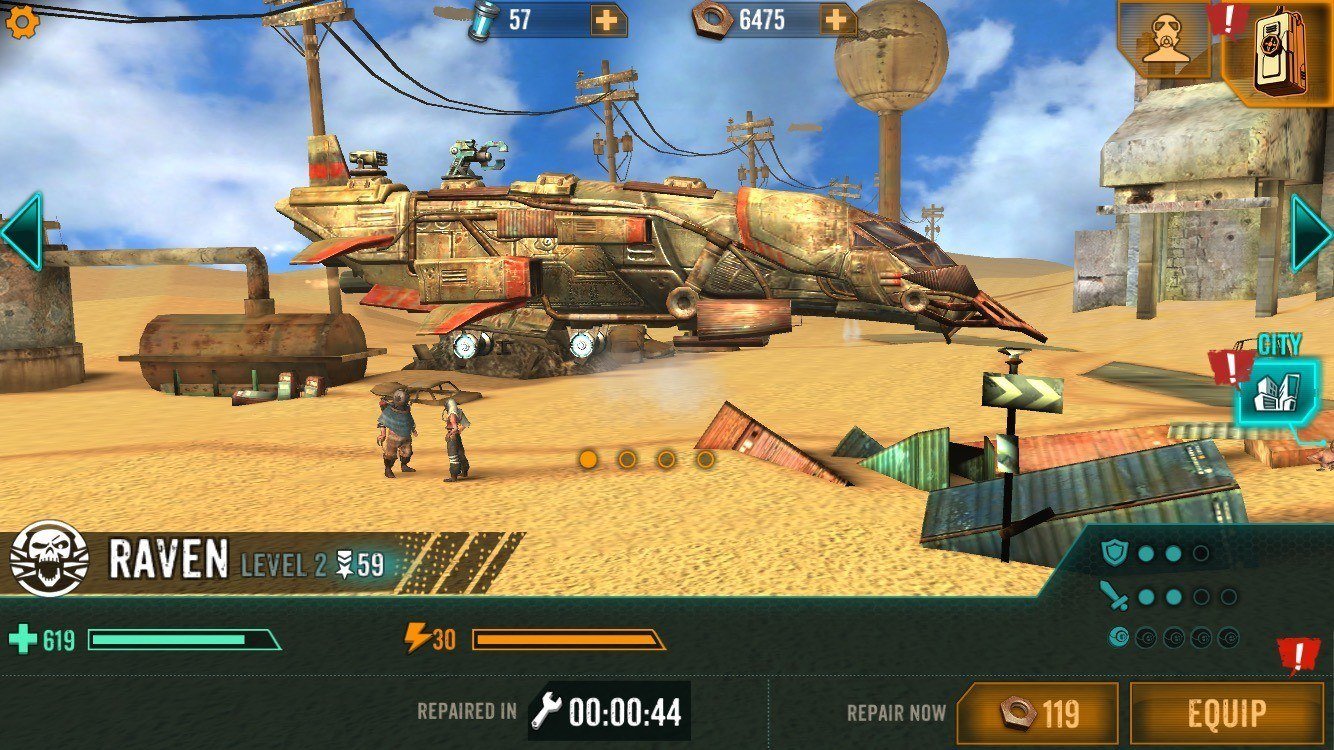 Rather than being able to explore an open world, you’re confined to a few different screens. There’s your base of sorts, where you choose to upgrade and customize your cruiser, before going to a map screen to pick where you’re going to go next. Everything is clearly laid out with the usual simple tutorial to rather make things easier to understand.

Once you start heading somewhere, things get a little more interesting. Often, a series of options pop up, such as whether to investigate an area or whether to go in guns blazing. It’s almost like a brief piece of interactive fiction in terms of how things unfold, even if the options are quite limited. 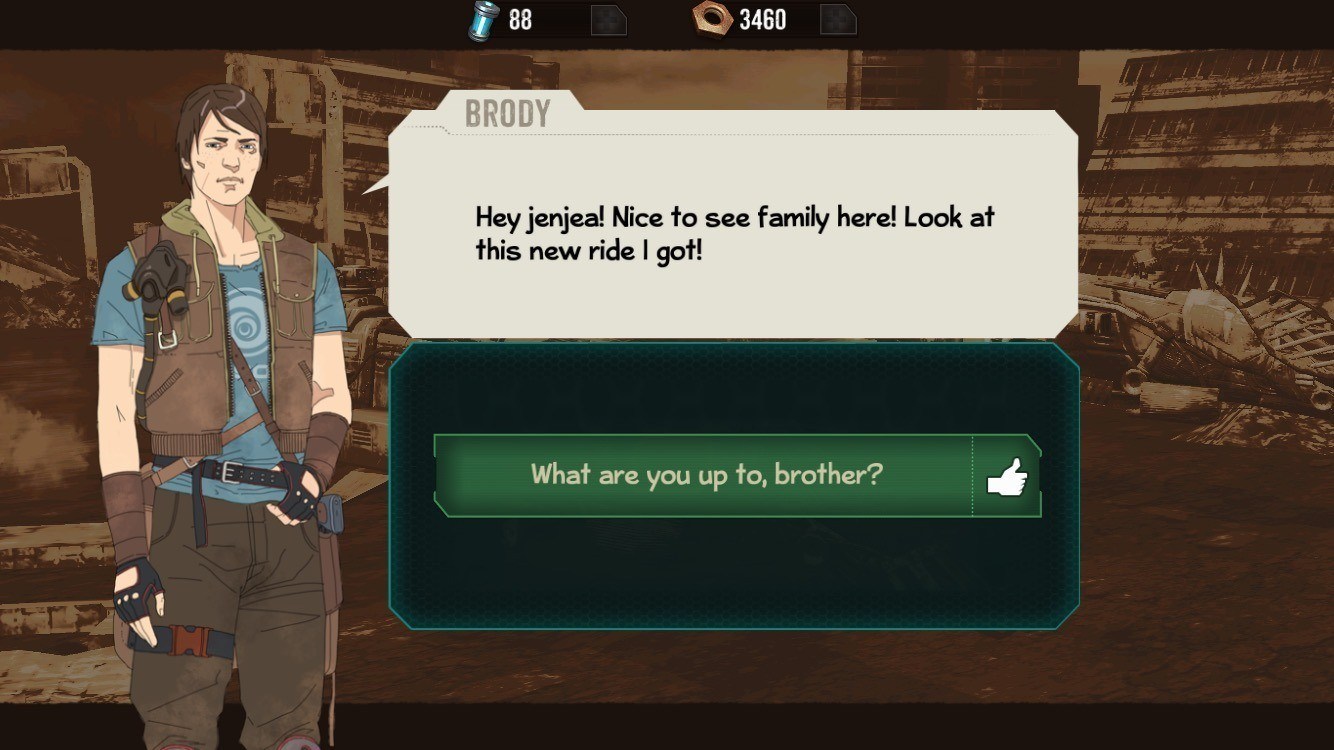 Almost always, you’re going to end up in battle. It’s a dangerous world out there, after all. You’re given a variety of weapons and targets, and it’s down to you how you duke it out. There’s a certain amount of strategy here, with it being vital to organize your loadout. Different weapons have different strengths, such as how some are better at taking out shields than others.

You soon learn what works in which scenario, kind of like a form of Rock, Paper, Scissors. The key here is to upgrade everything at a balanced rate, so you have a tough armory of tools at your disposal. In each case, you have to wait for your energy to recharge before you unleash an attack, so you need to plan your moves well. It’s a simple strategy, but one that at least means you’ll spend some time thinking about what to do next.

Of course, there’s the usual mixture of timers and grinding away for coins in order to attain various upgrades, but it’s oddly satisfying to work towards. Sandstorm: Pirate Wars never overcomplicates things, and there’s a steady trickle of quests to keep you interested. There’s always something new to do. One such option is pursuing other players in real-time battles. It’s reasonably fun to work your way up the rankings, and makes a change of pace from the substantial single player side of things.

Is it a game you’ll be raving about for years to come? Not in the slightest. This isn’t the stuff that dreams are made of. It’s a fun time waster, a distraction that fits into your daily routine pretty well. Complete one mission and invariably the next feels much the same, but it’s nice to feel like you’re getting somewhere. You’ll enjoy chipping away at what you can, even if Sandstorm: Pirate Wars does turn out quite samey soon enough.