Home / Reviews / Samantha Swift and the Fountains of Fate Review 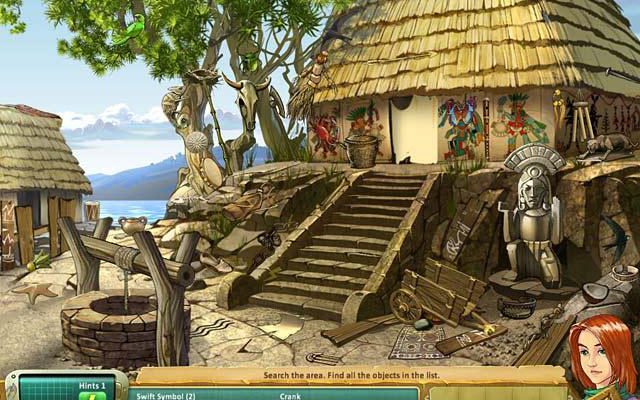 This may just be the best Samantha Swift adventure yet.

Samantha will trek around the globe, hitting diverse locations like Iraq, Arizona, and the Bahamas in her search for different magical water sources like the Fountain of Youth. Her adversaries, the amusingly named Payne and M’alice, do their best to thwart her quest, but Samantha’s no pushover – which is good, given the number of obstacles she has to overcome as she explores caves, swamps, and tombs. 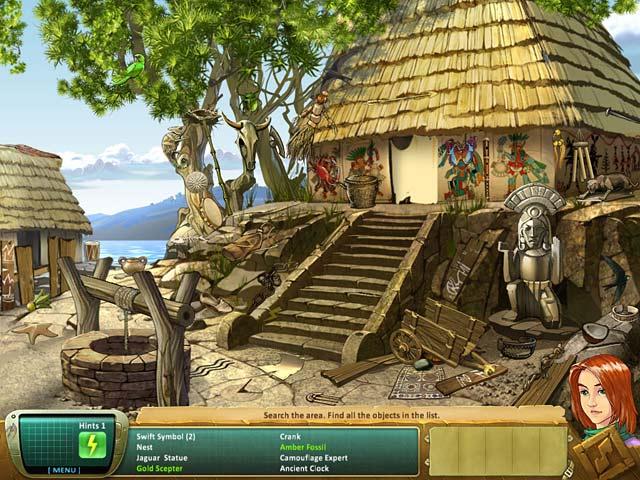 First, there are the hidden object sequences – two rounds for each location – which include a number of objects tucked in out-of reach places. Items highlighted in green can be found just by interacting with the environment, perhaps by pushing aside a tapestry or overturning a basket. Items listed in blue need a tool to be uncovered; sometimes the solution is obvious, like using a shovel on a suspicious pile of dirt, but other cases require a bit more lateral thinking.

To increase the challenge just a bit more, the game doesn’t always tell you exactly what you’re looking for, instead opting to provide you with a clever clue such as “beats paper” (scissors) or “ancient flashlight” (torch). If you can’t quite figure out what Fountains of Fate is driving at, you can always just use your scanner to get a silhouette of the object in question, which should point you in the right direction. You may want to resist the help, though, if you want to earn all of the game’s trophies. You’ll score most of the awards just by progressing through the game but some, like finding all of the collectibles or finishing all of the puzzles, will take a bit more effort.

In addition to the blue, green, and disguised objects, you’ll also be hunting for the two swift birds and one hidden lightning bolt in each area. Find enough birds and you’ll unlock Unlimited Hidden Object mode, which lets you revisit each region of the game and race the clock to find every last thing hidden there. The lightning bolts add to your precious stockpile of hints, which are relatively limited. As much as I appreciate having recharging hints at my disposal, knowing that my help could run out gave Fountains of Fate a definite and welcome edge.

Each hidden object round ends with Samantha finding a treasure to take back to the museum, as well as an inventory item that will help her track down that geographic region’s life-extending water source. Though figuring out how to use the inventory item to get to the water is a puzzle in and of itself, Samantha will also have to work her way through more traditional brain teasers, like connecting pipes, assembling jigsaws, and guiding gems out of labyrinths. 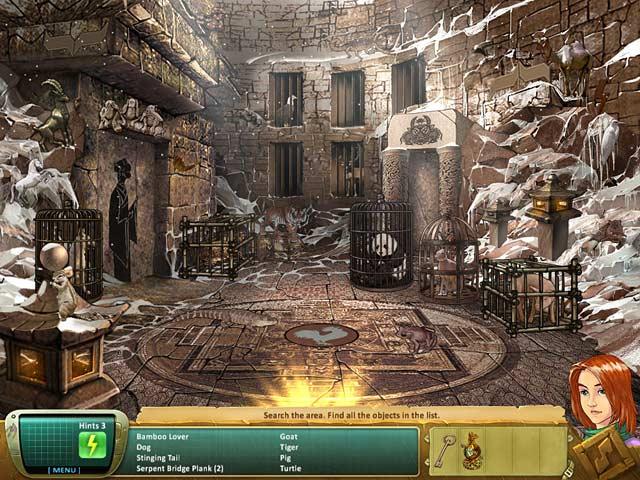 Fountains of Fate has the same basic components as many HOGs, but what sets it apart is its marvelous attention to detail and meticulous polish. This game is flawless and beautiful, flowing seamlessly and elegantly from one level to the next. The art is gorgeous and distinct – an arrowhead in one area will look completely different than one found elsewhere – and objects are matched to their home regions. Fountains of Fate also does right by its archaeologist lead character by adding a certain amount of historical veritas to its story, weaving accurate legends, myths, and objets d’art from each location into its gameplay.

The Samantha Swift series has always provided rock-solid hidden object experiences, but each iteration improves on the last. Fountains of Fate is colorful, bold, clever, and expertly-crafted – my one regret is that my time with Samantha was over just a bit too quickly. Or perhaps it just seemed that way because I couldn’t stop playing.