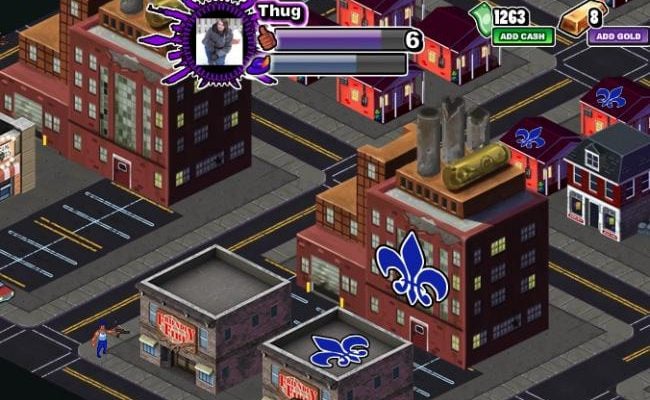 If there’s one thing that Facebook and console gamers have in common, it’s their combined fascination with organized crime. So in some ways a new entry in the Saints Row series—a Grand Theft Auto-style action series on consoles—created exclusively for Facebook makes sense. And it even offers up something different not found in games like Mafia Wars or Gangster City. But while Saints Row: Total Control has some new ideas, none of them are executed all that well.

Total Control is all about property. Your ultimate goal is to move from neighborhood to neighborhood taking over buildings in an attempt to gain control of the city. Of course, you’re not the only gang in town, so there’s bound to be some clashing. The main mechanic in the game consists of sending a bunch of armed thugs to a building so that they can take it over. Depending on the building this will take a certain amount of time, and you’ll need to have the requisite number of thugs and to purchase the right firearms. Then a goon simply stands outside of the building and fires a gun at it for the allotted time period. It looks utterly ridiculous. 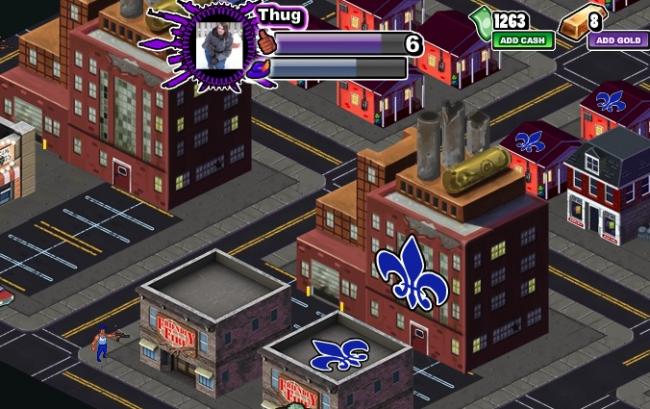 Taking over neighborhoods will earn you cash and experience, so that you can recruit new members, unlock more powerful weapons, and open up new areas to exert your power over. You can even customize your gang’s colors and logo and outfit your home base with everything from snipers to guard dogs. But if you leave things too long rival gangs will start to encroach on your territory.

Dealing with rival thugs, which range from drive-by ready cars to lone gunmen, is almost disturbing in its simplicity and violence. You simply click on a character or vehicle several times, which presumably represents a series of gunshots, and the person will die and disappear. You’ll hear grunts and see splashes of blood. It doesn’t feel so much like combat as simply cleaning away waste, much like the weeds and trees you need to clear in FrontierVille. But when you’re killing people instead of tending to your land it makes for a big psychological difference.

There are some standard social features to round out the package, such as the ability to send gifts back and forth with friends who are also playing. And when you get to some of the higher level neighborhoods you’ll actually need some friends in order to take over specific buildings, though the requirements are relatively generous. 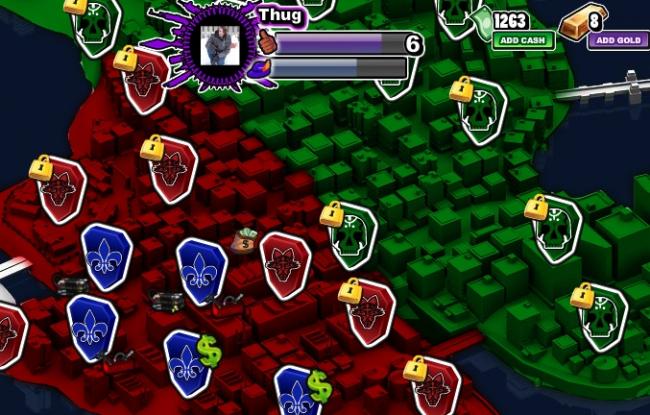 Not only is Total Control‘s gameplay vaguely dull and clearly disturbing, but it’s also a pretty game ugly. The gritty urban environments are murky and drab, and there are about five different sprites reused over and over again. Every neighborhood looks virtually the same, albeit with some slightly different buildings and a fresh layout. But the whole thing just looks unappealing.

Total Control at least tries something new in the crowded gangster game space, and that’s something. But it’s far from enough to make it a game worth your time. There’s little compelling in the gameplay, and to top things off it’s an ugly experience with questionable morals. Somehow, Saints Row: Total Control gives organized crime a bad name.