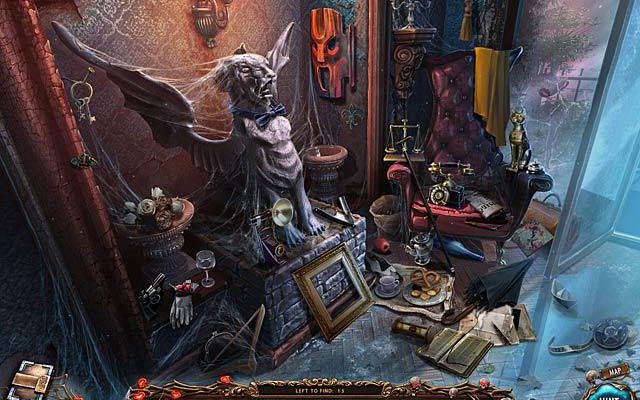 Never leave an ancient book that can summon demons just laying around the house.

In a marriage proposal gone very bad, your fiancé Mark accidentally summons an evil succubus from a book sitting in your house. Because it’s just that simple! The demon witch appears in a cloud of fire and steals Mark away, leaving you with just one option: travel to the island of Sacra Terra and get him back!

The story may raise a few eyebrows, but it’s all handled in a tongue-in-cheek sort of way that doesn’t encourage you to take it 100% seriously (maybe 90%). As soon as you step foot on Sacra Terra things worsen. The succubus claims she’s exactly what every man desires and that Mark has been dreaming of her for some time. Not put off by her Real World-style arguments, you press on, ready to solve any puzzle and smack any succubus who gets in your way. 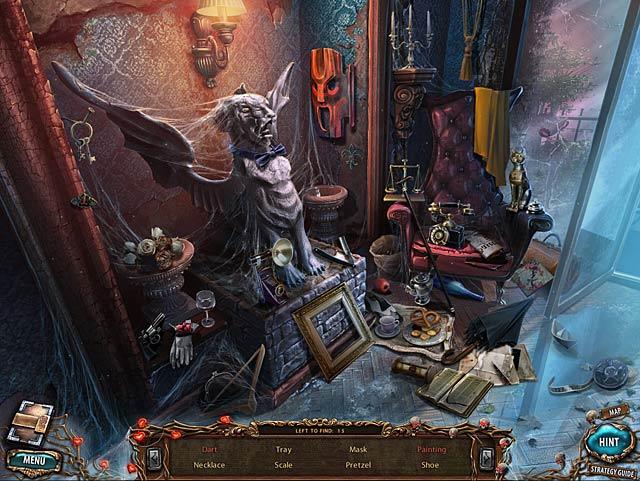 Gameplay in Sacra Terra: Kiss of Death takes place in a series of small areas where you have the freedom to roam between rooms, gathering items and scratching your head over the numerous puzzles blocking your path. Environments have a hint of biblical-era armageddon about them, which ties in nicely with the evil sorceress that drives the plot forward. It also opens the door for relic-related puzzles and all sorts of supernatural flair, which the game tosses your way with liberal abandon.

Hidden object scenes are pretty sparse, which works in the game’s favor, and never get too complex. You’re presented with the usual list of items to find, though in Sacra Terra it’s just a handful at a time with more unveiled each time you discover an item. Some objects have red names, noting you must interact with the scenery somehow in order to uncover that piece. Mini-games are far more common but aren’t anything to write home about, per se. Standard stuff that’s neither too trite nor too innovative. 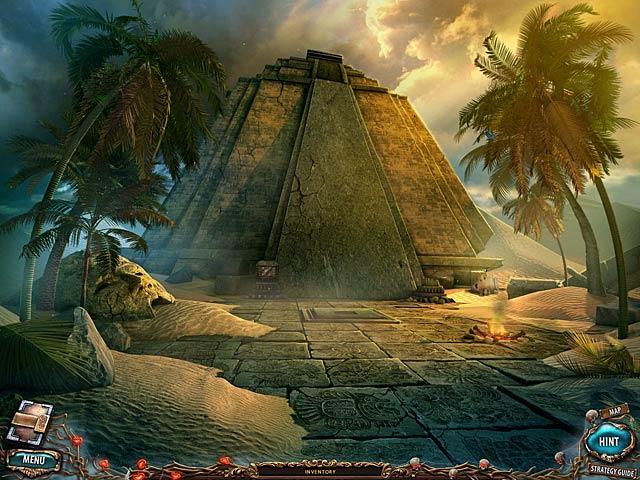 Matching list words with items can sometimes be tricky, especially if you aren’t sure what a gladius is or which kind of “tape” you’re looking for. Clicking randomly can work (or the hint button), but Sacra Terra offers a helpful animation that visually pairs the word with the item you find, letting you associate the two right away. It sounds trivial, but sometimes little touches like that can make all the difference.

Sacra Terra: Kiss of Death is a follow-up to Sacra Terra: Angelic Night. The story and setting are much less derivative than the previous game, yet the visuals are the same high quality as before. It’s curious to note that Angelic Night didn’t feature voice acting, whereas Kiss of Death does. Unfortunately the majority of the lines are spoken in an emotionless monotone, a tragedy made worse by stiff character animations. It’s not entirely unbearable, and not every voice is delivered as stiffly as the last, but it’s one thing the sequel introduced that probably should have been left on the cutting room floor. 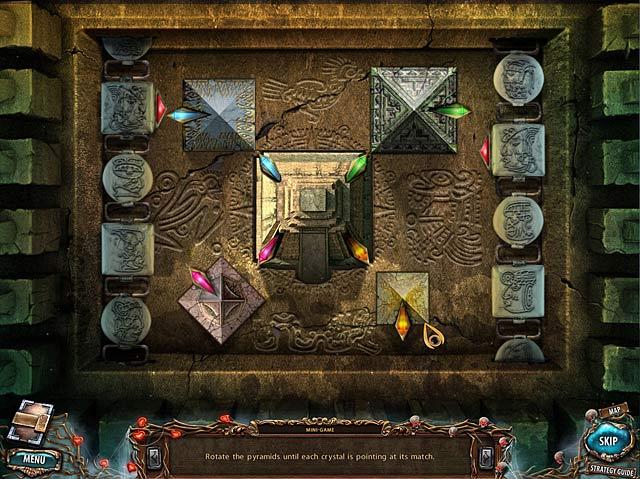 Apart from a stumble here and there with the presentation, Sacra Terra: Kiss of Death is a highly enjoyable adventure game laced with light hidden object elements. It’s a bit longer than most games in the genre, and the graphics are high quality from beginning to end. If you don’t mind a few standard puzzles and some hit-or-miss voice acting, Sacra Terra turns out to be a delightful (and often cheesy) game.

Shadows: Price for Our Sins Review