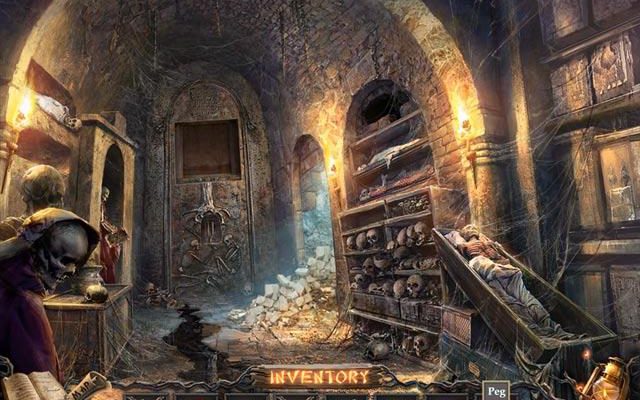 Sable Maze: Sullivan River starts with a premise we’ve seen countless times before; After being haunted by the same nightmare every night, you’ll return to a location from the nightmare to investigate the cause. However, this isn’t another tale of mental asylums or haunted houses, as Sable Maze takes place at an abandoned summer camp that you attended as a child. After six children went missing there in the 1980’s, you’ll return as an adult to finally solve the mystery of these missing children and hopefully free yourself from your nightmares.

Sable Maze: Sullivan River is a dark game, both in setting and theme. The summer camp was built next to an apparent Celtic burial site and ancient labyrinth, and is guarded by magical, living trees that have taken over the property. You’ll spend your time investigating the overgrowth through dormitories, treehouses, activity centers and more, completing a series of repeated hidden object scenes and mostly basic puzzles. All the while, you’re being hunted by a female tree, apparently embodied by the spirit of a mother that wants revenge for the disappearance of her missing son. 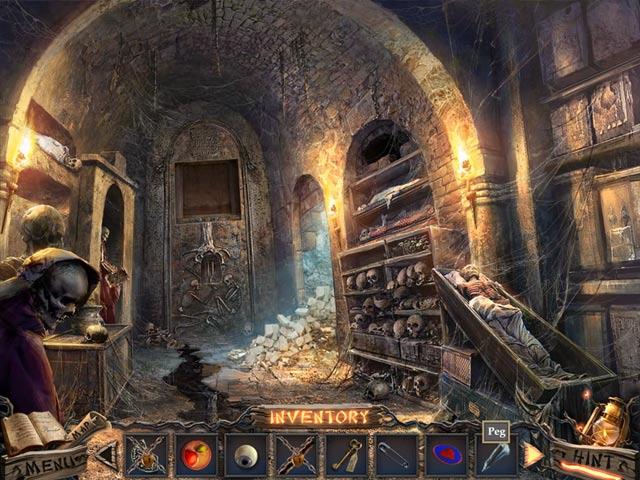 There are plenty of journal entries and film reels that help flesh out this story, which encompasses a variety of themes, from romance and childhood crushes to bullying and abuse. While the setting, which contains ghosts and a few cheap scares, can itself be considered cliché, the actual storyline is quite interesting, with enough content and depth to keep you ever pushing forward to the next breakthrough.

A map will allow you to fast travel throughout this large summer camp, although it would have been nice to have action markers placed on locations that still had tasks to complete. That being said, the game’s hint system recharges quickly on the game’s easiest difficulty setting (of three), so there’s no way to ever truly be stuck so long as it’s present.

As you complete interactive hidden object scenes, you’ll be required to find items on text based lists and use these hidden objects to find other within that same scene. For instance, you may be required to find a can opener, but will also need to use that can opener to open a can of beans to click on the beans inside. In this way, the game crosses two items off of your list at once, which is a neat touch. This helps most scenes fly by relatively quickly, even though some scenes are a bit too dark graphically, allowing items to hide in shadows. 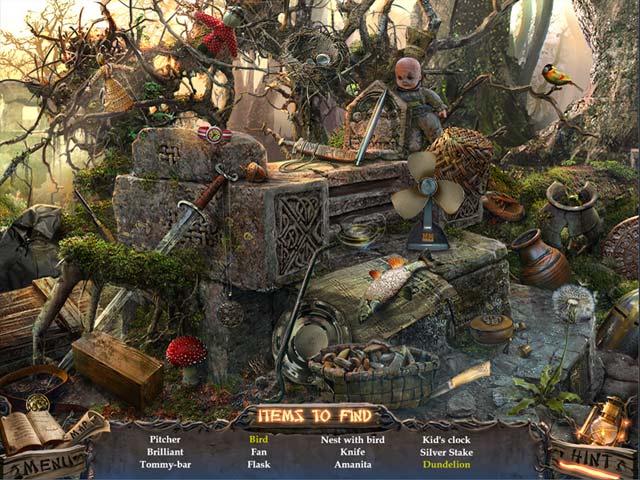 When it comes to the game’s puzzles, you’ll use items that you find in those hidden object scenes, or those that you find by opening locked chests, removing tree branches, etc. to complete them. Most of the puzzles come in the expected varieties, from tile swap and rotation puzzles to symbol matching. In the case of the game’s more complicated puzzles, like those that have you rearranging symbols or color orbs (as examples), it would have been nice to see more text instructions for how to tackle them – but no individual puzzle is so complicated that it can’t be decrypted after a few minutes of concentration.

While the majority of the gameplay in Sable Maze: Sullivan River is fairly basic, it’s really the storyline and polish in the game’s presentation that make it stand out. Save for the few static character models that appear a bit hokey, the rest of the game’s cutscenes are truly creepy and well done. Tree branches will frequently appear as you enter a new scene, allowing the environments to feel alive. The summer camp is already overgrown, but these living branches continue to appear just as you do, furthering that feeling of being stalked by some higher power that you can’t see.