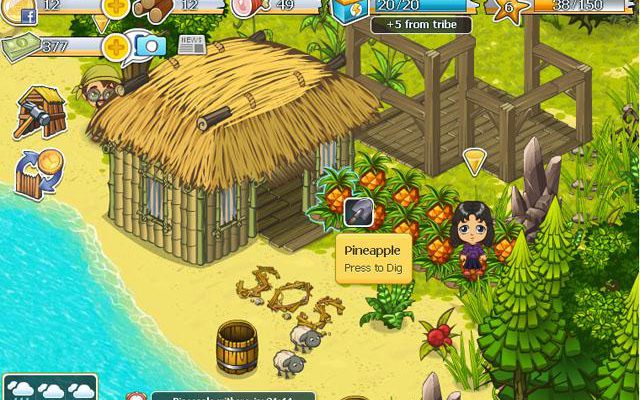 S.O.S. is a Facebook management sim that feels a little too familiar, despite the exotic island theme

It’s been a long time since FrontierVille was even a top Zynga game, let alone a top Facebook game. Despite that, developers are still rushing out FrontierVille clones like S.O.S., which replaces FrontierVille‘s Wild West theme with a tropical deserted island theme. In S.O.S., you slowly build a village, grow crops, and try to rescue other survivors (i.e., your friends playing the game) to join your tribe. While there have been other “castaway” themed games on Facebook, most of them have used fairly different styles of play.

The problem with S.O.S. is that it’s a fairly dead-on clone of FrontierVille, sometimes emulating specific quests like the one where you build a fence around your sheep. The way you construct buildings works the same way, too, right down to needing friends to give you tools in order to complete them. If you’ve spent any amount of time with FrontierVille, then S.O.S. is going to feel overly-familiar despite embracing a very different look. Even elements of the game’s feel are very similar, like the range of livestock you can purchase from the in-game shop. 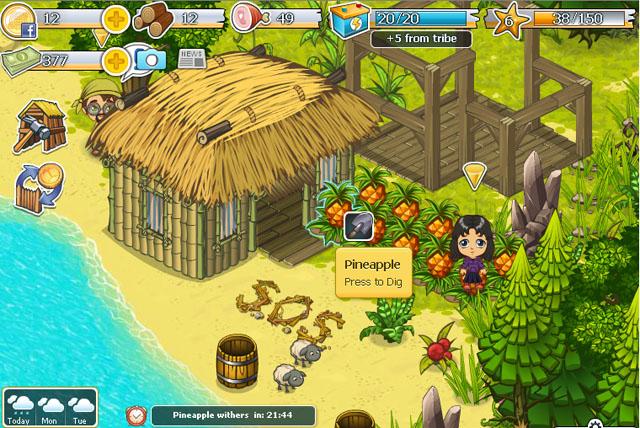 Of course, not everyone has played FrontierVille, which is a very mature game by now. Unfortunately, S.O.S. has some problems that would probably keep it from entertaining even a newbie player. Loading times in S.O.S. are extremely long and don’t simply occur when you initially open up the game. Every time menus or displays pop up, such as when you obtain a collection item, there’s a brief period of loading before you see any art assets. The game also suffers from sometimes-severe lag, where the game freezes up before the server acknowledges that you’ve tried to begin an action like chopping down a tree or placing a building.

When S.O.S. works, it’s a fine but not especially inspired game. You can wander around your island chopping down weeds and trees, as well as opening up barrels and boxes that wash ashore. You slowly amass resources like wood and greenbacks so you can spend them on buildings and buying things like crops, decorations, and livestock. The game’s money curve is a bit imbalanced, making it easy to run out of greenbacks for long periods of time. Running out of energy is much less of a problem, making S.O.S. friendly to marathon gaming. 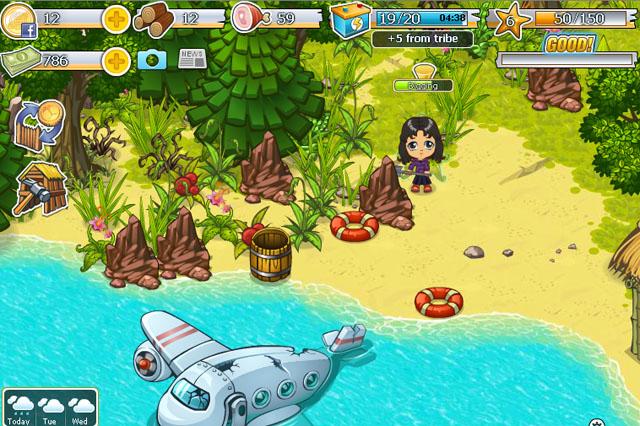 Overall, S.O.S. is not really worth it in an era of Facebook gaming where there’s so much to play that’s just as colorful and easygoing, but better-implemented. It’s not so much that it’s a blatant clone of FrontierVille as that it’s a very poorly-implemented clone that can be frustrating to play due to the lag and load time issues. Improving the game’s implementation could do a lot to make it into an enjoyable tropical adventure that scratched the Facebook life sim itch. As it stands, though, S.O.S. is little more than a curiosity.