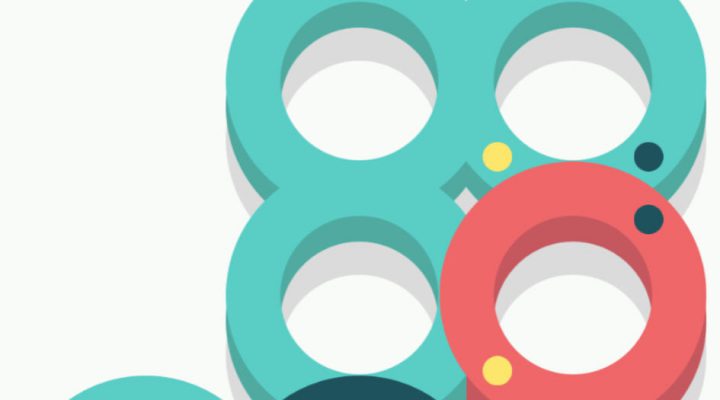 Nice use of white and color.

Thousands of puzzles to work through.

Gets a tiny bit repetitive.

When you first start playing rvlvr, you’re going to wonder how it’s going to get more complex. It feels like a game that’s already played its full hand of cards, and you’ve already got it licked. This, however, couldn’t be further from the truth.

You see, while the game starts off shockingly simple, it doesn’t take long before it’s become a complex game of move and countermove. Of judging spaces, and of figuring out just how to get that little yellow blob over there without ruining all of your hard work.

Once it has opened out though, you’ll find an interesting, sometimes relaxing puzzler that lets you take things at your own pace. Spin the wheels with this one, and you might find the sort of game that’s going to end up stuck on your homescreen for a good long while. 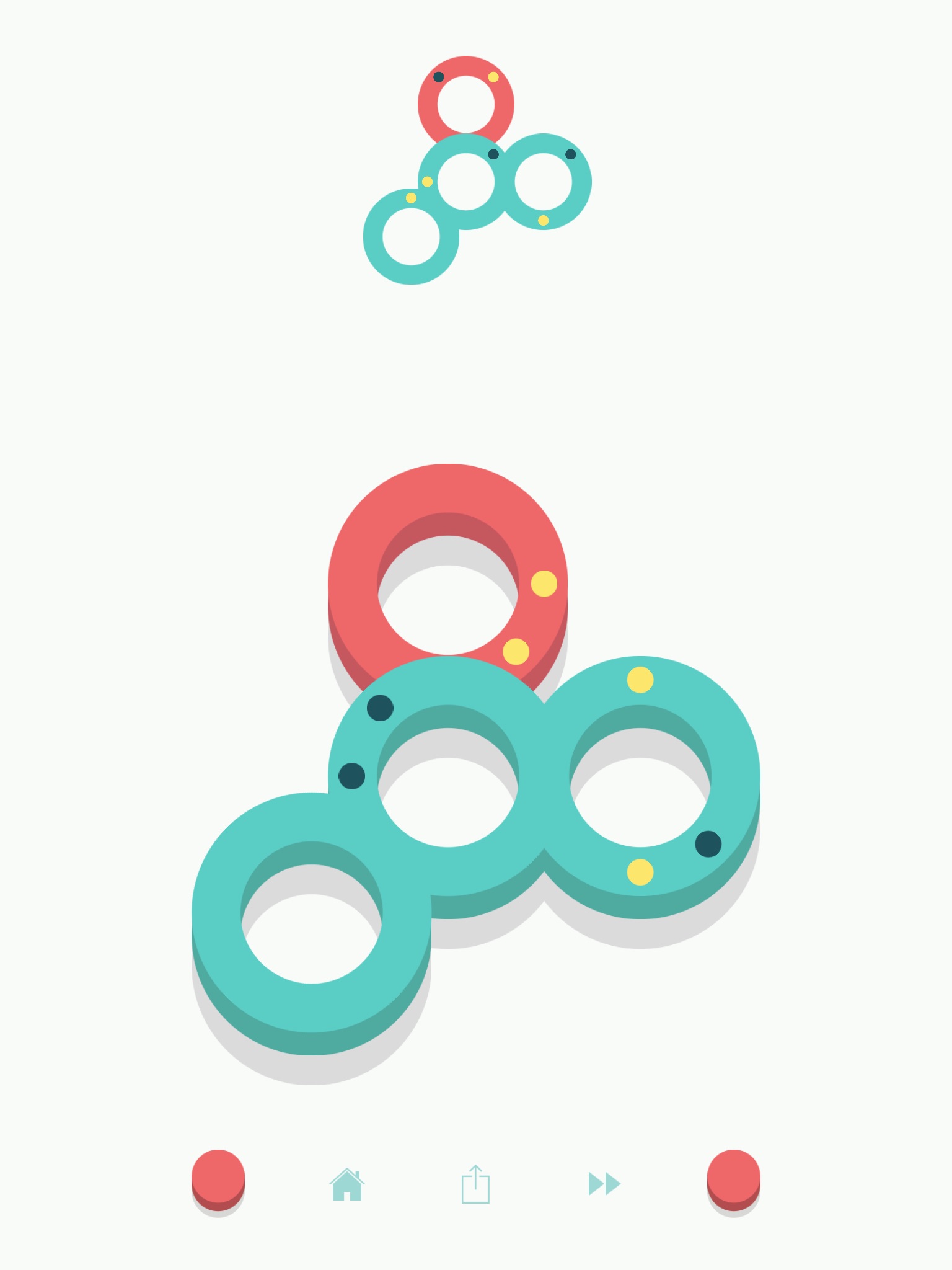 There’s also a skip button, which lets you bypass a level if it’s too difficult. You’ll have to watch a video though, and if something’s too hard for you there’s a good chance the next one is going to be as well. Still, it’s a nice addition.

To begin with you’re spinning one or two rings, moving a couple of colored dots so that they line up with the image at the top of the screen. It’s when your circles start to intersect that things get really interesting though, because then you’ll need to move the blobs from ring to ring. 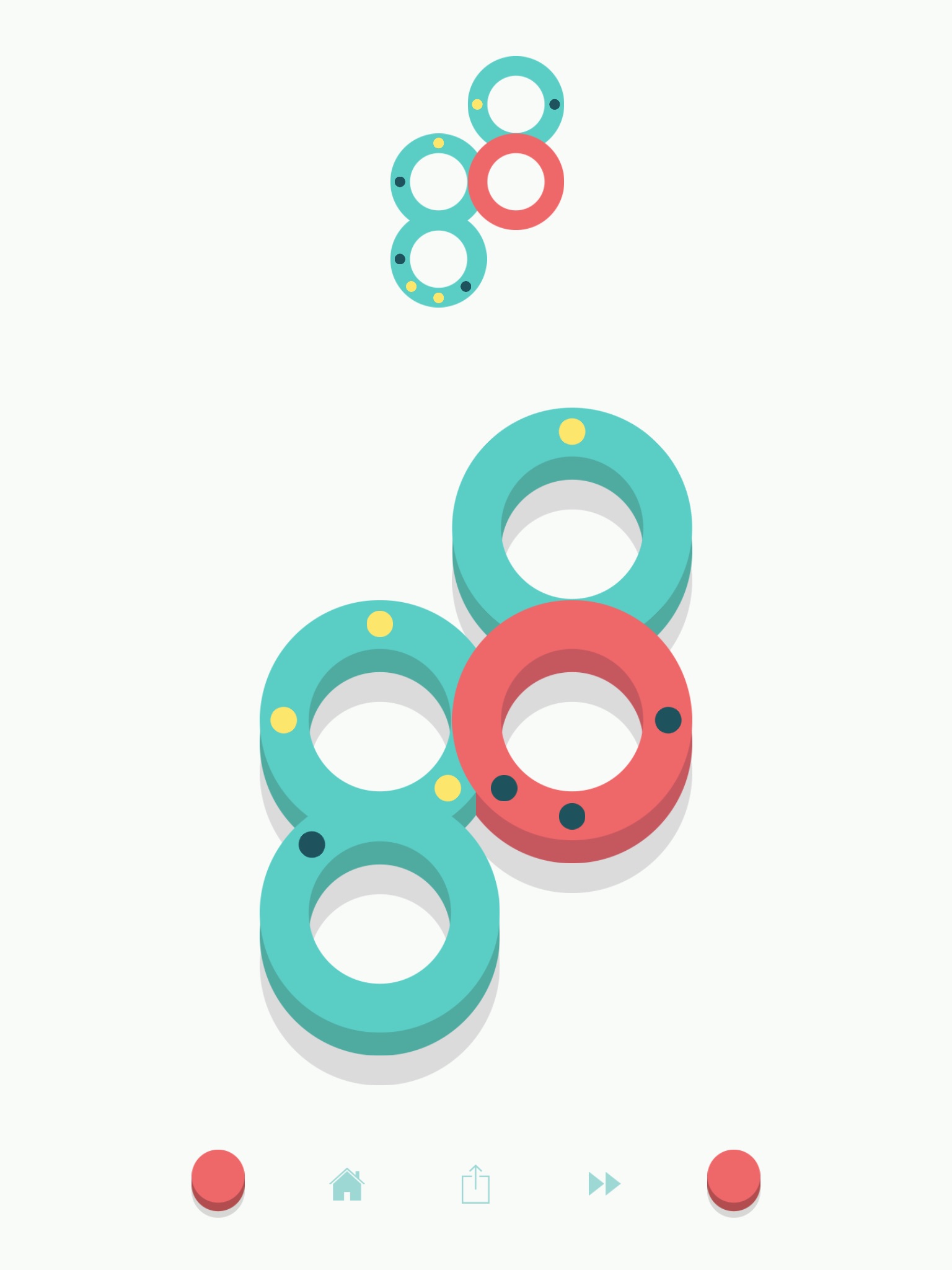 The sections where the rings join will move differently depending on which of them you’re spinning. So moving a blob on one ring to its joint with another, then choosing the second ring, means that you’ve moved the colored blob over.

It sounds pretty easy, but when there are multiple blobs and multiple rings, all of which are different colors, and you’re trying to work out how to copy a picture that doesn’t quite seem possible, you might start tearing your hair out.

rvlvr is just the right side of the difficulty curve. You’re never going to want to toss away your iPad or iPhone in disgust, but there are times when you’re probably going to shout bad words at it in a vain attempt to try and make yourself feel better about your inability to finish a challenge. 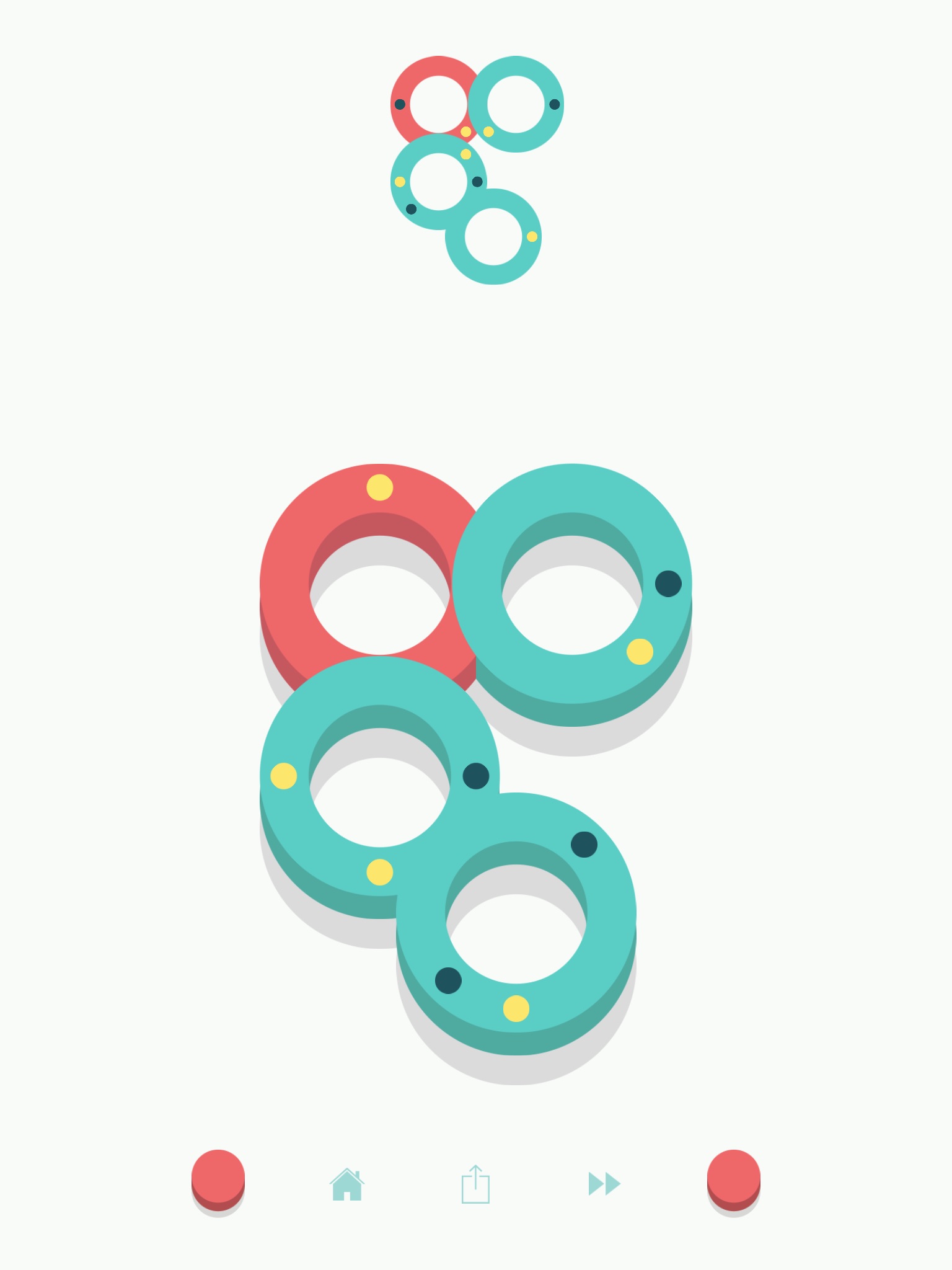 And that’s really the key here. The game is a prime example of a simple idea taken to difficult extremes. It eases you in, then when it thinks you’re ready it starts giving you more things to juggle.

There are thousands of puzzles here too, so don’t think this is a game you’re going to breeze through in an afternoon. It’s the sort of experience that sticks its claws in and urges you to dip back in time and time again. And to be honest it’s likely you’ll only be too happy to oblige.

There are plenty of puzzle games on the App Store that are worthy of your attention, and I think it’s fair to say you should add rvlvr to that list as well. It’s fresh, it’s fun and there’s so much here to get through that it feels like about ten games worth.