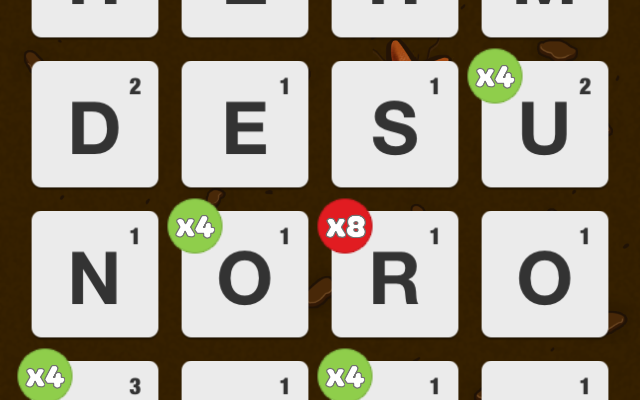 Learning is fun. Honest. 2012’s Ruzzle is one example of a very successful attempt at blending vocabulary and video games, and MAG Interactive’s latest, Ruzzle Adventure, demonstrates there are still good times a-plenty to have with letters.

Like its predecessor, Ruzzle Adventure primarily revolves around building words from a grid on-screen. You chain letters by swiping up, down, and diagonally – think Bookworm by PopCap (or the original Ruzzle, of course).

Every letter contains a point value, with consonants generally being worth more than vowels. Each letter you utilize is added to your overall score. Letters sometimes increase in value the longer they’re left on the board, so it’s not uncommon for a two-letter word to bring in greater rewards than a five-letter word.

The “Adventure” portion of Ruzzle Adventure comes from travelling across a world map in the style of Candy Crush Saga and similar fare. As the terrain changes, so does the nature of the game’s challenges. Whereas the original Ruzzle is about spelling as many words as possible within a time limit, Ruzzle Adventure mixes things up a bit from stage to stage. One level may challenge you to spell a minimum amount of words within a certain amount of moves, whereas another may get you to spell as quickly as possible so you can “climb” out of a well before you’re dunked to your doom. Other levels require you to break wood, stone, and other objects. Bouncing from gimmick to gimmick helps keep the action interesting, but also provides downtime, which is good. The well-climbing levels are fun, but man, are they ever stressful. 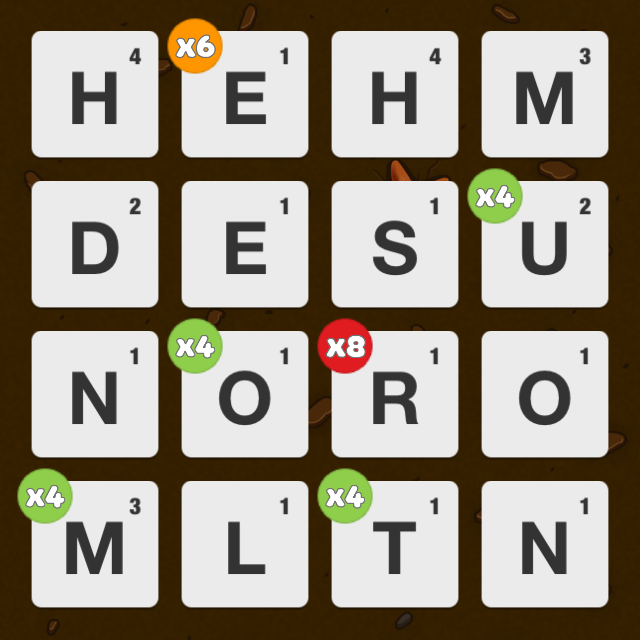 Being a free-to-play game, Ruzzle Adventure features a life system that depletes every time you mess up a level. You can generally avoid death as long as you’re clever with words (in other words, I croak more often than a frog in summertime), but occasionally you get very unlucky and wind up with a grid full of E’s. The game won’t accept elongated screams as a word (“EEEEEEEE!”), so don’t bother. As is the case with most free-to-play titles, you can log into Facebook and beg friends for lives, if it comes down to that. Or you can just wait for them to replenish over time.

The original Ruzzle isn’t known for its good looks; there’s only so much that can be done with a bunch of letter tiles sitting on a board. Nevertheless, MAG Interactive tried to liven things up a bit with Ruzzle Adventure. The game boards are bright and colorful, as are the world maps. It’s all still a bit plain-looking, but at least you get a sense of progress as you travel across the world map.

Ruzzle Adventure successfully adds some dimension and depth to the already-addictive Ruzzle mechanics. It’s far more of a single-player experience than its older brother, but there’s nothing wrong with wandering the world on your own from time to time.