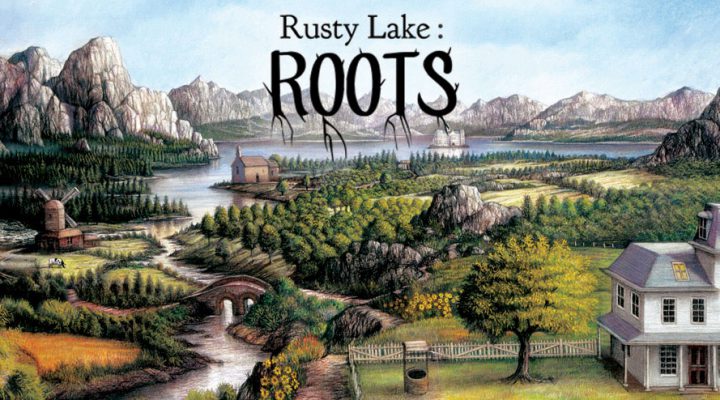 The longest, deepest dive into Rusty Lake yet with a staggering number of puzzles, characters, and events to explore.

Packed with series memorabilia, answers to previously asked questions, and new mysteries that will reward any longtime fan.

Newcomer-friendly thanks to a clear tutorial, a focus on the newly introduced Vanderboom family, and cohesive world-building around their lives.

The level-based format gives us less time in each stage and a shorter period to build suspense before something shocking happens.

Still a number of crude solutions that aren't as clever as the rest of the game--flicking a corpse's nipple or feeding a fresh placenta to a dog aren't the series' finest moments.

At first glance, the world of Rusty Lake may appear to reside within the confines of our own reality. A man plants a seed and it sprouts a sapling. A dog only wants to bury a bone. A warm fireplace requires wood and matches. But soon, small yet key differences begin to surface. Garden sheds house severed hands. Newborn babies are nursed on wine. Dead bodies are stuffed in clocks. Shadowy figures and crow-headed men lurk nearby.

Longtime fans of Rusty Lake and the Cube Escape series will be used to its quirks by now. They have, after all, turned dinner guests into their own main course, literally explored the brain of an artist, and witnessed murders on the moon. Their visits to Rusty Lake are propelled by the rational—opening doors to see what’s behind them, building fires to light a room—but always accompanied by the surreal—trees growing from fish, hands reaching out of televisions. The same is true in Rusty Lake: Roots, which should feel like an old friend to experienced fans—a friend that opens their mouth and flies swarm out. 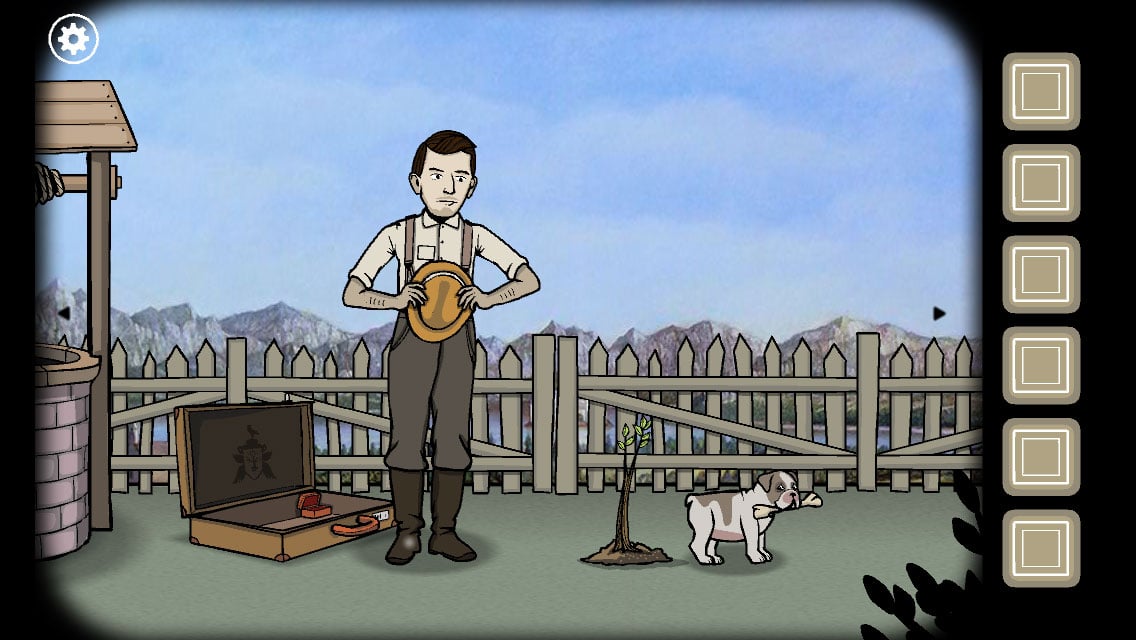 If you are one of those fans, you’ve probably little need of a full review of Roots. Assuming you played and liked any of the previous nine games, you will absolutely enjoy the tenth. This premium entry is the series’ longest yet, clocking in many hours beyond any other title, including Rusty Lake Hotel. Despite its honestly shocking amount of content—33 levels with at least one major and a few minor puzzles in each—Roots never overstays its welcome. It manages to maintain variety and momentum by exploring an entire family’s experiences across multiple characters and numerous decades.

As opposed to focusing on a specific instance in a character’s life—Dale’s ninth birthday in Cube Escape: Birthday, a five-night dinner party in Rusty Lake Hotel, a horrifying fishing trip in Cube Escape: The Lake—we get to see many crucial moments throughout the Vanderboom family’s history. We witness James’ proposal to Mary and the birth of their triplets; we see these children grow up and make their own memories; we are privy to many of the family members’ deaths and other tragedies. Along the way, we continue to learn about Rusty Lake and its disturbing secrets. We uncover our own identity and place in the Rusty Lake canon. And we run into many, many familiar faces. 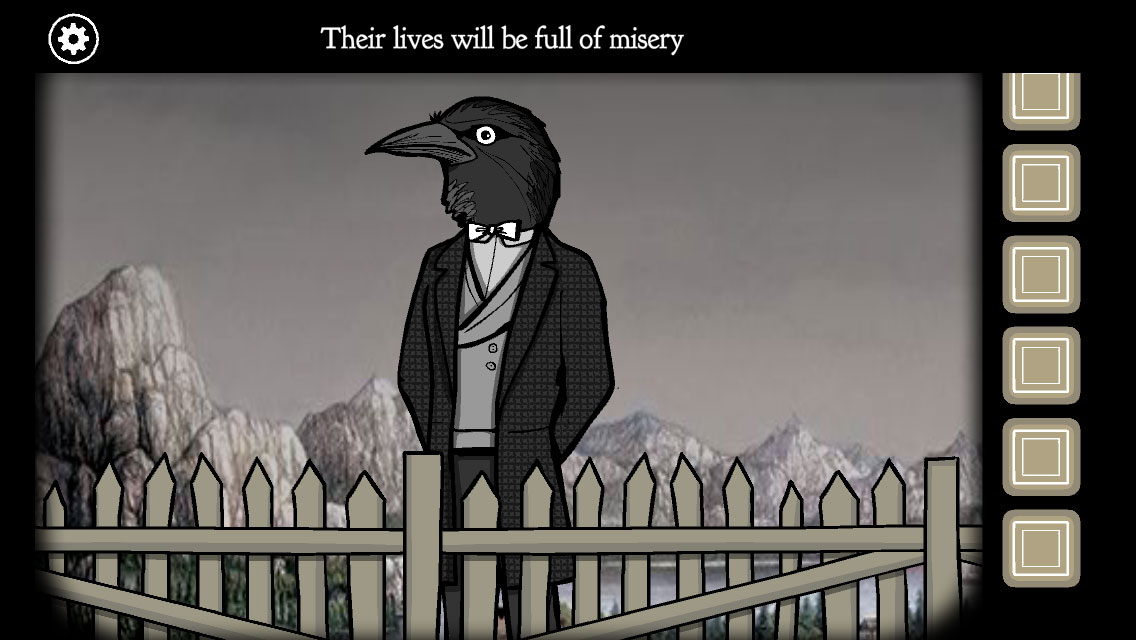 All of the Cube Escape entries feature recurring characters and objects which link them to each other and their shared universe, but Roots references its predecessors a bit more than usual. This sometimes borders on fanservice, as we see specific puzzles recreated in slight variations—the painting from Arles, the pipe maze from Theatre, the bookshelf from Case 23. Some fans may be happy to see past favorites recreated in new formats—I loved the painting puzzle in Arles and love the disturbing new take on it in Roots, too—while others may feel cheated out of content by seeing near-repeats. However, Roots is so packed full of puzzles that a few similar challenges do not detract from its originality. There are plenty of ingenious fresh puzzles introduced alongside the familiars, ranging from cross-breeding flowers to playing a deception board game to practicing voodoo.

You will, of course, see the same fish, the same book of matches, the same grandfather clock make appearances in Roots. This time, however, the recognizable items are not just Rusty Lake signifiers: they are also used as references to the passage of time and history for the Vanderbooms personally. The grandfather clock is broken early in the game, fixed by a family member later on, and moved to a critical new location near the end. Even if Roots is your first Rusty Lake experience, the returning items fans have come to recognize after nine entries will also have meaning for you thanks to this Roots-specific in-game continuity. 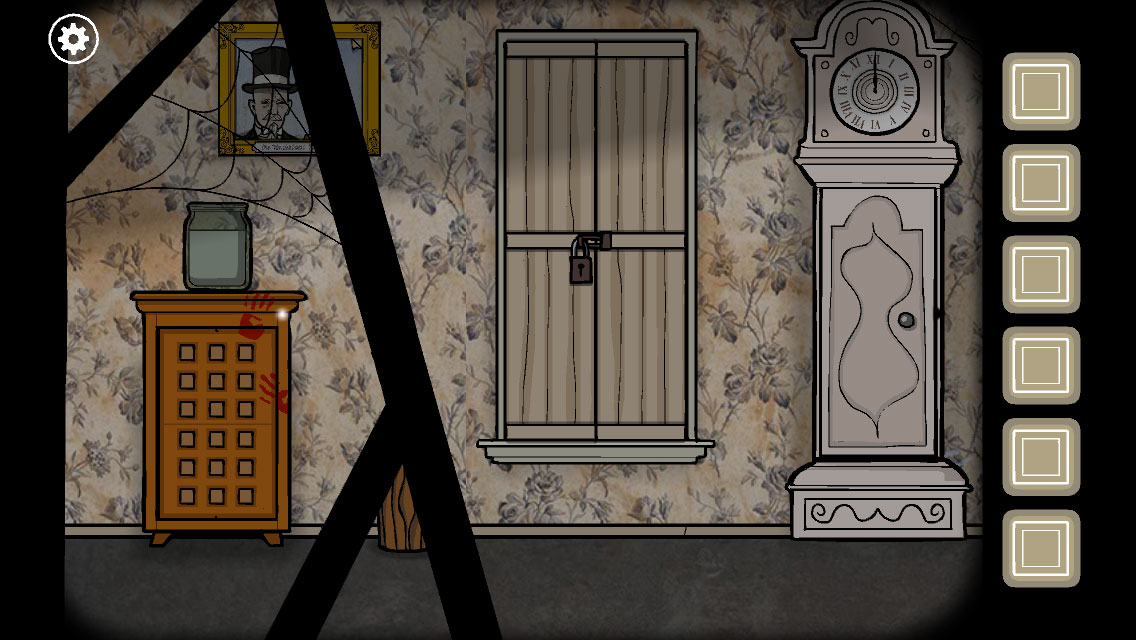 And really, that’s an example of Roots’ overall strength as a standalone yet critical part of the Rusty Lake opus. It is a great place for newcomers to start, even though I would never recommend skipping the other nine games. From its very beginning with a more involved “tutorial” to its focus on the cohesive, expansive history of the newly introduced Vanderbooms, Roots feels designed to be digestible without any other Cube Escape game on your plate. Yet it still rewards longtime fans with tons of references, hints, and reveals of secrets we’ve been chewing on for the past year, while introducing even more to ponder until the next Cube Escape release.

My only complaint, then, about this beautiful, massive addition to this wonderfully enigmatic series, is that its level-based format detracts a bit from its potential suspense. Past games have taken place in a single room or location (for the most part), in which movement simply turned you to another of the four walls surrounding you. The greatest benefit of this format is that it gave us a chance to get comfortable with and used to the layout of a room before something—inevitably shocking—changed, such as a figure appearing in a window you’ve passed numerous times or a light switch revealing something upsetting on the wall behind you. 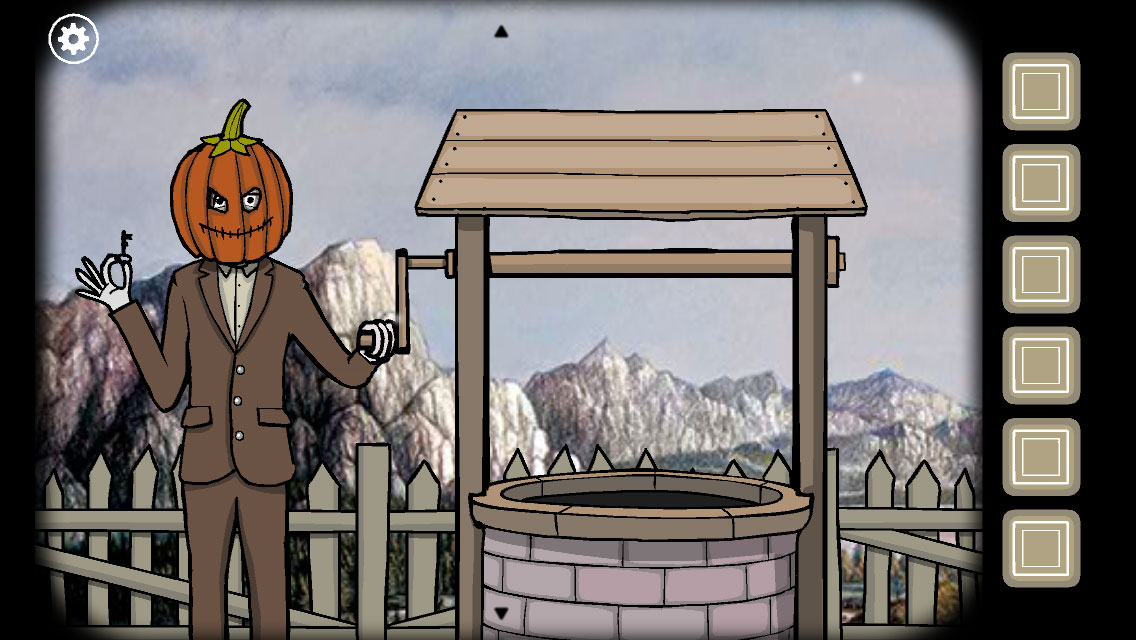 Roots has changed this level design in two ways: first, each stage is a flat set in front of you in which you scroll left and right to see the edges of the room, with no need or ability to turn around. And second, there are so many levels and rooms to explore that you spend much less time in each individual one. This means we make only brief visits to very contained scenes, and generally encounter the level’s “shock” on the first pass—or, it’s simply not as shocking once uncovered because everything in the room is so new to us, including that dead body in the corner.

To put it plainly, nothing in Roots quite matches the level of discomfort I felt playing Cube Escape: Seasons for the first time, even though there are plenty of unsettling scenes throughout this game—most of Albert’s branches come to mind. But because we get so many thrown at us one after the other, these events are almost “in passing” as opposed to being the climax we build toward. It is a tradeoff, because we get to dive so much deeper into this family’s history than anyone else in the series that it’s almost worth the reduced build-up in individual scenes—their entire existence is the ever-growing payoff. 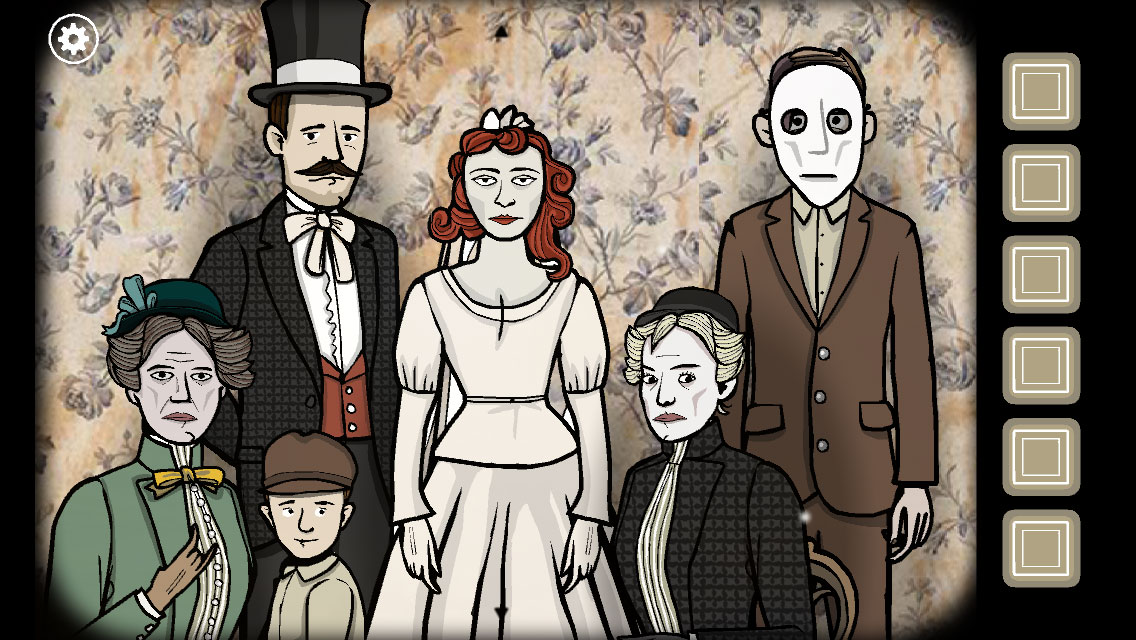 That payoff is the same as any great Rusty Lake game: the ability to lose yourself in the strange and disturbing events unfolding before you. An empathy for and understanding of even characters that don’t speak a word. A frustration and then exhilaration at solving brain-burning puzzles. And an increased appreciation, love, and fear of Rusty Lake and its shadowy, timeless inhabitants. Roots just happens to have all of this in an even larger, longer package; with more lives on the line; and more reasons to book your stay.

Off the Record: The Italian Affair Review – Bellissimo