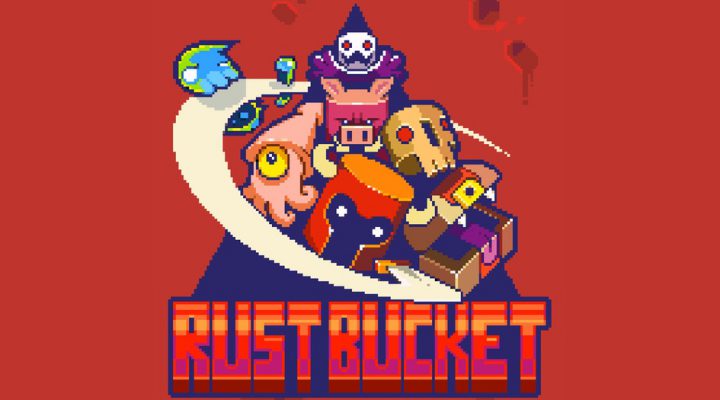 Interesting and varied scenarios to solve

The Endless Dungeon is the place to be

Rust Bucket is a decidedly Nitrome game in that it’s colorful, cute, slightly arcade-y, and fun. It’s honestly a pretty cool puzzle game that I wish I could play more of. I say “wish” because it interrupts itself with the same 30 second ad so many times that I can’t stand to touch it anymore.

Ignoring the glaring flaw of taking the YouTube approach to advertising (i.e. make sure they get in the way of the content whenever possible), there’s actually a lot to enjoy here. Rust Bucket is full of challenging and interesting puzzles that have sort of a turn-based roguelike skin on top of them. You swipe to move, try to hit enemies, try to not get hit by those enemies, find keys, push boxes, use pressure switches, and so on. 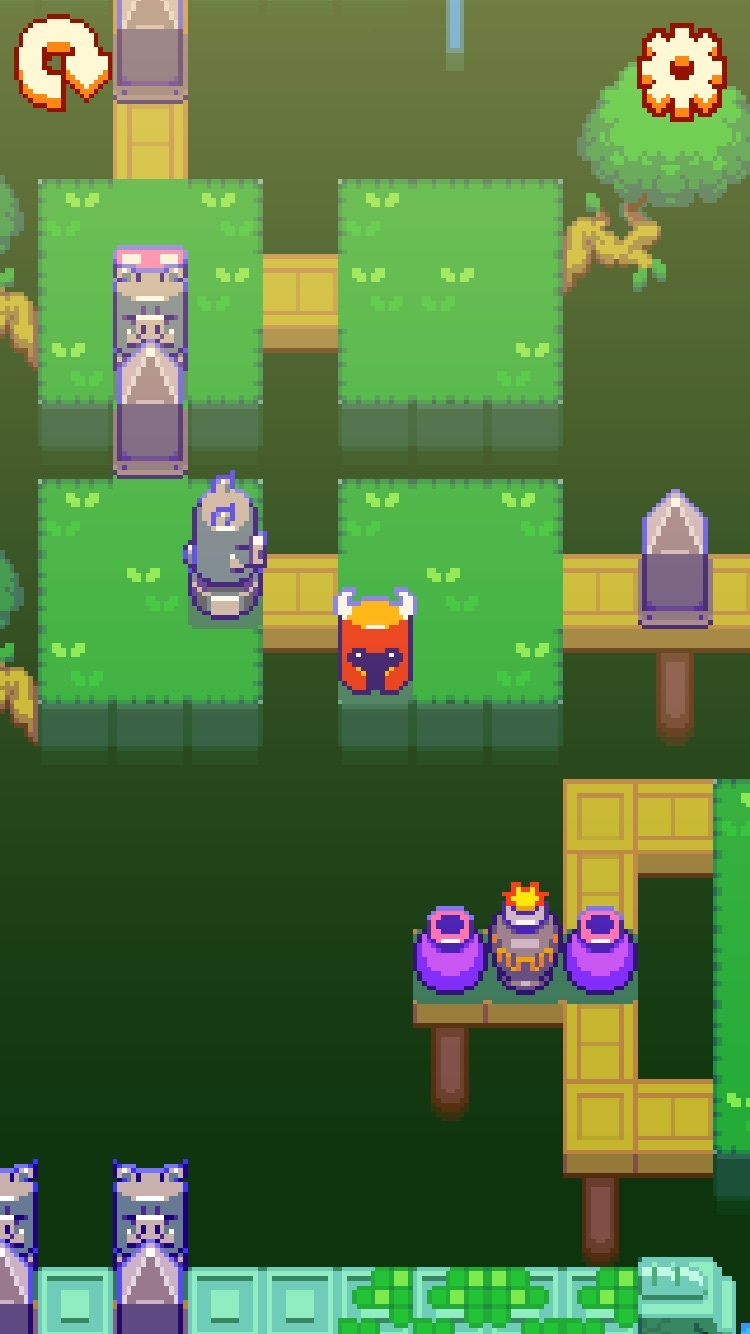 There’s an impressive amount of variation to the puzzles thanks to various environmental hazards, enemy behavior patterns, and level layouts. Couple that with Nitrome’s signature colorful pixel art and it makes for a great mobile game. Some of the checkpoints in Puzzle Mode are a little too far removed from the solutions, which can result in having to replay chunks of puzzles that are slightly bothersome, but other than that it’s honestly a really good time. 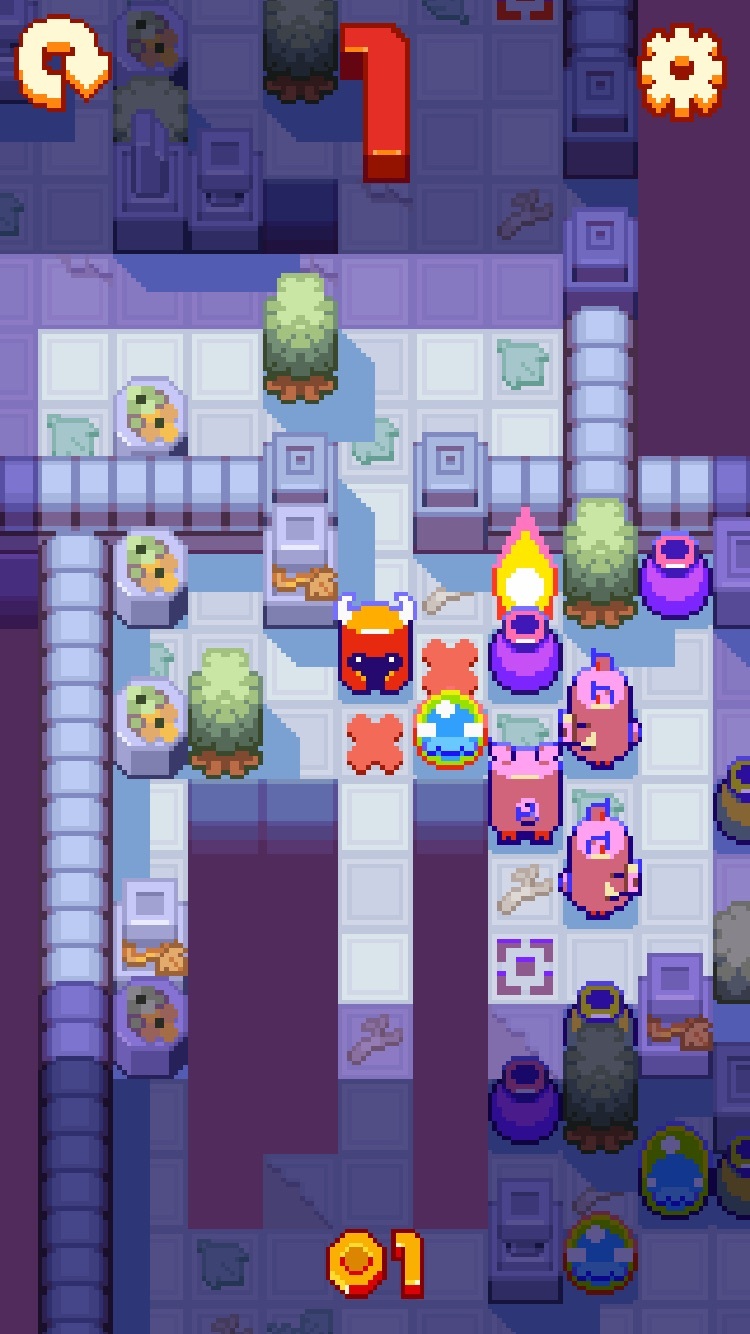 …until you beat a couple of levels or fail a few times. Then you have to sit through an obnoxiously long ad that can’t be skipped – unless you tap on it to open Safari, then immediately close Safari and go back to the game. Yes it’s a free game and I absolutely understand the need for ads, but these things pop up so frequently and take so long to sit through that it starts to feel like you’re watching ads more often than playing the game. And I know you can pay to remove ads, but they’re so intrusive it doesn’t feel like a choice at all. It’s basically a matter of paying up or never being able to enjoy the game.

The ads are a bit more tolerable when you play the Endless Dungeon Mode, thankfully. This is because the puzzles are a bit more random, and it’s more about surviving the encounters in each room than it is figuring out how to open a door. It makes restarting less tedious because you don’t have to replay a bunch of the same stuff, and it allows you to potentially play for a lot longer without having to endure any ads (provided you can last long enough). I dare say the Endless Dungeon is actually Rust Bucket’s saving grace. 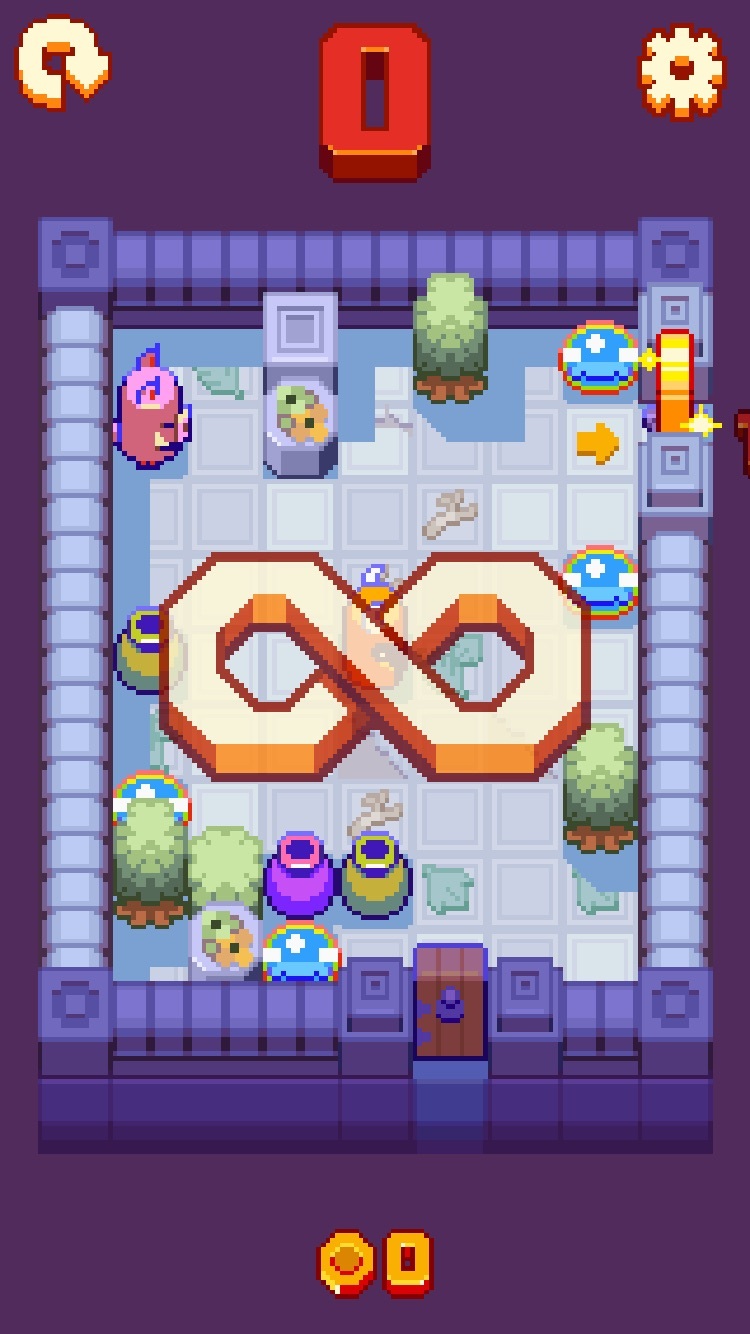 You might be tempted to play through most of Rust Bucket’s Puzzle Mode before diving into the Endless Dungeon, but I wouldn’t recommend it. You can figure out most of what you’ll need to survive after only a few levels, and the constant appearance of obnoxiously long ads might make it unbearable if you have to deal with too many of them. Instead, play a few puzzles and then jump straight into the Endless Dungeon – it’ll be a lot more enjoyable that way.