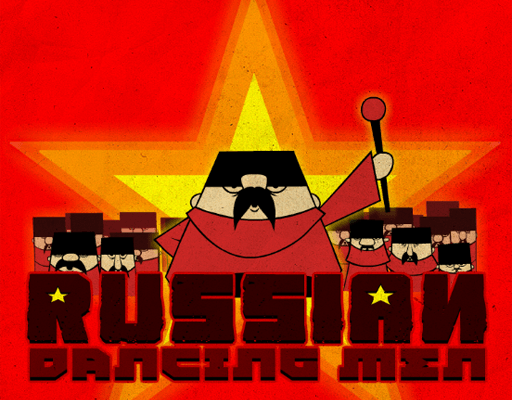 Russian Dancing Men will be loved by Weebl fans, but likely not others

If you’ve been a fan of flash-based web animations over the years, you’ve no doubt come across the work of Weebl. Whether it’s in endless ditty “Badger Badger Badger,” the cow disappearing song “Magical Trevor,” or simply “the everday happenings of weebl and sometimes weebl’s friend bob,” Weebl has entertained millions of web surfers over the last decade. Now he’s taking some of his classic tunes to the App Store in the form of the rhythm game Russian Dancing Men.

Based on – you guessed it – the Weebl animation of the same name, Russian Dancing Men is something of a musical journey through the history of Weebl’s body of work. Players will dance their Russian men through 10 Weebl songs, including a brand new auto-tuned dance number for the tutorial. If you’re a fan of his work, it’s a great trip through his hilariously catchy catalogue of songs.

The gameplay itself revolves around a line of dancing Russians who will attempt to pass obstacles in time to the music. You’ll be presented with four buttons on the screen – one to climb, one to step over pits, one to jump past spikes, and one to go through a loop. You’ll need to hit the right buttons in time with the music depending on the obstacle that comes up. Hit the wrong one or fall out of rhythm, and you lose one of the men from your line. Lose them all and it’s game over.

As a rhythm mechanic this is a fairly unique spin on what we usually see, but at the same tim, it’s not particularly captivating. What’s more, even on the easy setting Russian Dancing Men proves itself to be a fairly difficult endeavour. Don’t expect to simply breeze through all ten songs – there’s a level of precision demanded here that pretty hard to meet consistently.

Still, while the gameplay doesn’t wow us, there are elements of the game that were bound to make us smile. For example, it’s great to see that they’ve created some humorous new animations that play between songs in an attempt to weave all 10 tracks together with a loose story of sorts. It’s the sort of thing that Weebl fans will love, making it worth the price of admission alone.

At the same time though, so much of the rest of the presentation feels like a missed opportunity. Environments and character art during the actual game remain fairly bland. Why not put the original videos for these songs in the background? In fact, we were shocked to discover that these videos weren’t found anywhere in the app. In terms of marketing Weebl to a new audience, I can’t help but see this as a huge missed opportunity.

For a budget price, existing Weebl fans will find more than enough to love in Russian Dancing Men. With uninspired yet surprisingly demanding gameplay though, it might be a tough sell for anyone else. Do yourself a favour and enjoy Weebl’s animated goodness for free on weebls-stuff.com before investing in the app. If you have a finer appreciation for his work, it’ll make what’s on offer here much more palatable.