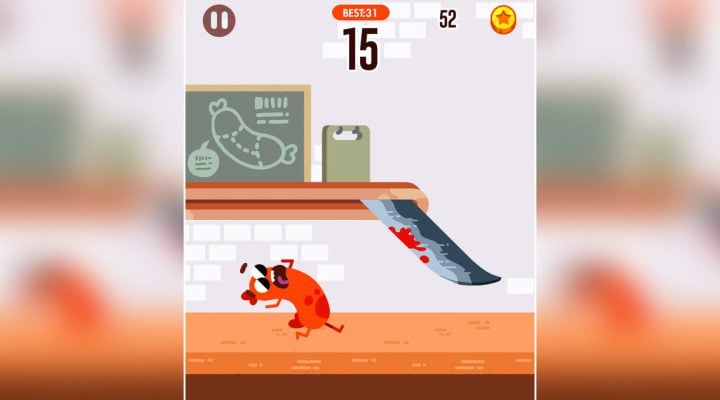 Ads are not limited to before and after gameplay, but actually interrupt your progress within a level

Run Sausage Run! is the breakaway hit of the weekend, quickly making it to the coveted number one position on the Top Free list of the App Store. Called a “Kitchen Nightmare Escape,” the game is a side-scrolling endless runner where you must guide a sausage through a series of obstacles. Avoid slicing knives, smashing tenderizers, searing grills, and whirling blades to gather coins, powerups and points. If you are too fast or too slow, too high or too low, your little sausage will meet its very bloody demise. 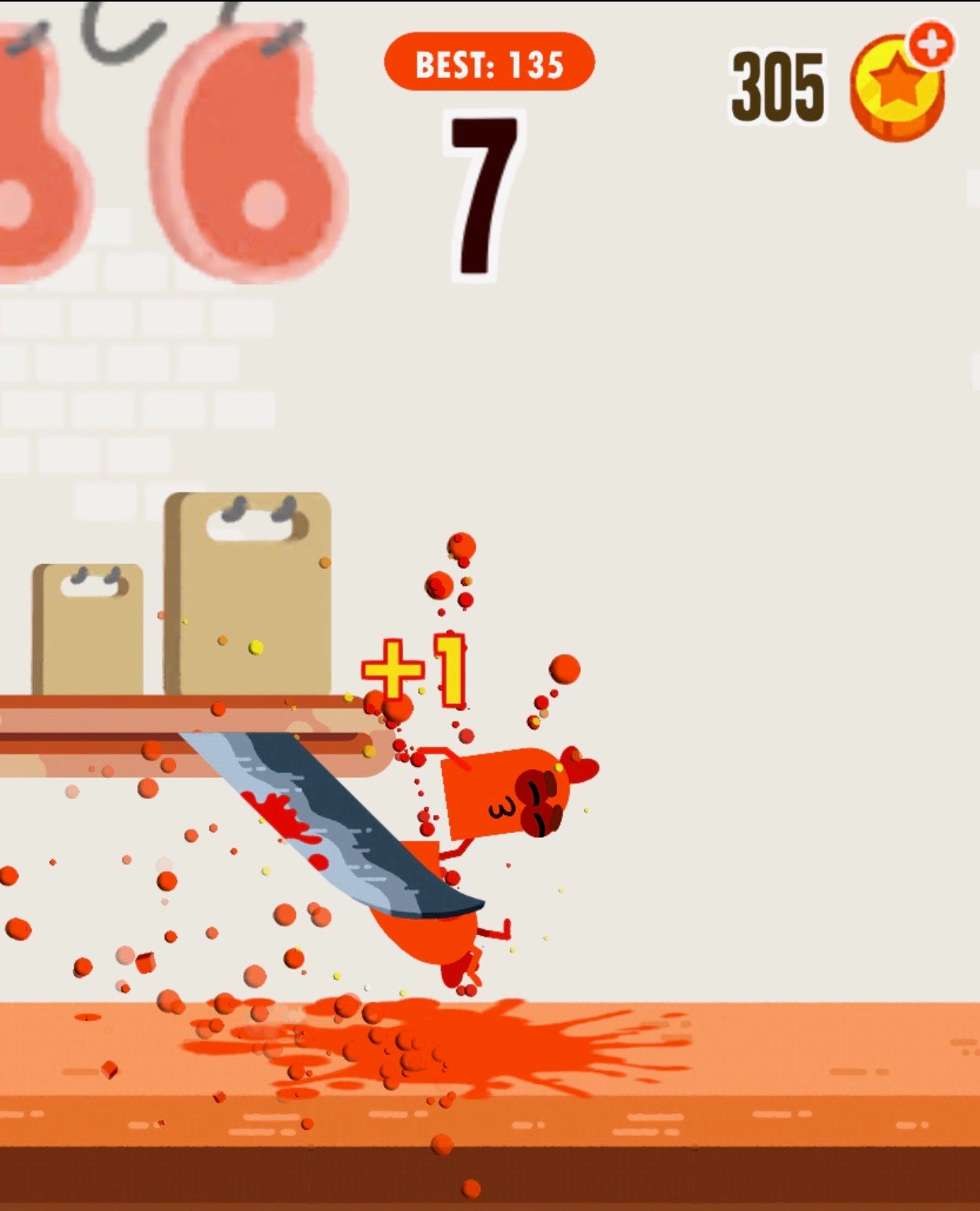 As a high-score chaser, the game is indeed simple, but it excels here by carefully crafting the critical gameplay components. Movement, graphics, and soundtrack all contribute to an addictive treat of a game that is surprisingly delightful. The default forward action is a slow walk, which you can speed up and then return to as you pass through obstacles, giving you a real feeling of control over your progress. This is also very effective in producing a meaningful sense of inertia as you guide the runner forward. Each little sausage or bacon bends backwards as it runs, contributing to a feeling of weight and forward movement. 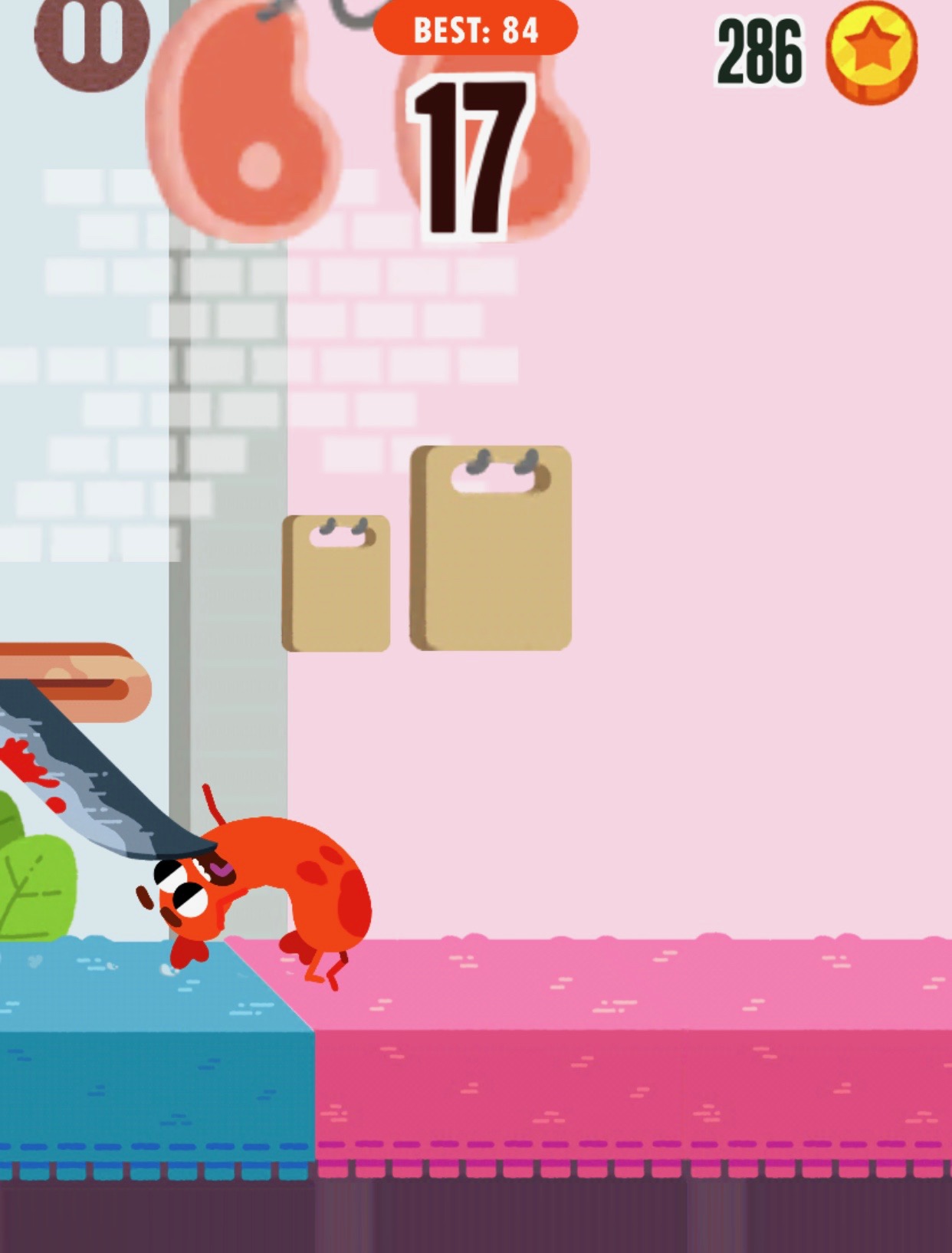 The art style has a retro vibe to it and I coudn’t help but think of those marching concession-stand hot dogs inviting you to “go to the lobby” at the beginning of old movies. Power-ups are fun and charmingly idiosyncratic as you learn how to move optimally while they are active. Consistent progression will unlock funny new outfits which you can purchase using coins you earn through passing obstacles and collecting throughout the level. Unfortunately, the different outfits don’t seem to be anything more than superficial; I really wanted my Ninja sausage to be faster and more agile, but it seemed to have the same skills as the ordinary sausage.

I often play games without the sound on, unless it’s imperative for the experience, but Run Sausage Run! deserves a nod for the fantastic soundtrack. I challenge any player not to smile while hearing the music… that is, until the very loud ads interrupt your gameplay. But on its own, the music is a fantastic addition to the game. 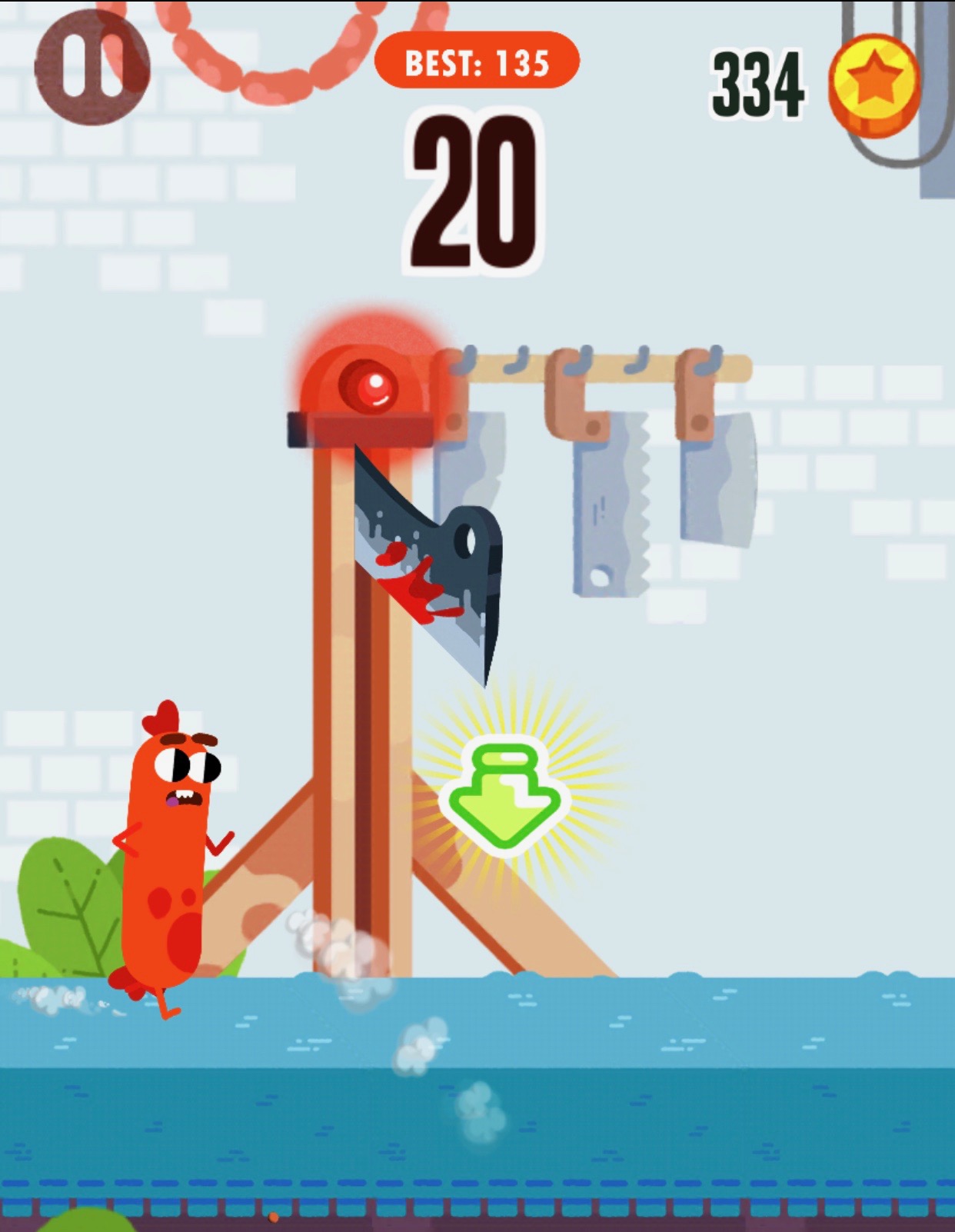 One-thumb game play, portrait orientation, quick sessions, and the ability to return to a paused game will make this a fun option for commuters. Fans of of the cult hit Dumb Ways to Die will likely enjoy the goofy goriness. The game is free to play, but ads become more aggressive over time, even launching automatically in the middle of a session. If you’re enjoying the game, there is gratefully an IAP to remove ads which dramatically improves the experience (and stops interrupting that great music). Overall, Run Sausage Run! is worth the free download just to experience that inevitable slice. It’s a fun, silly snack of a game that will test your timing skills and tolerance for blood splatter.