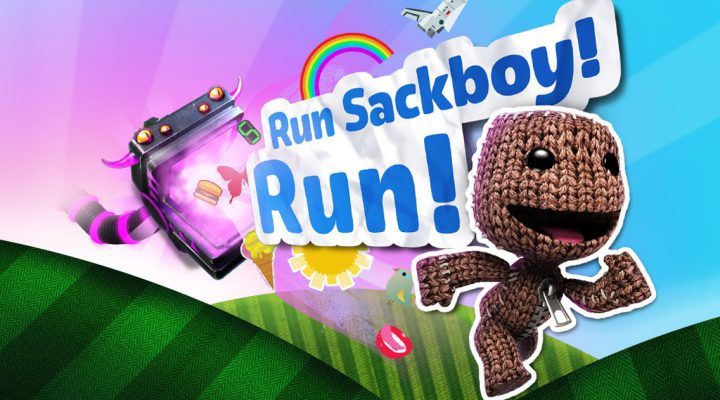 A great use of an existing property in a new way.

You can unlock content for the Little Big Planet console games.

The currency system feels unbalanced, and not in the player's favor.

If your left-handed, you're going to wish the

Nintendo’s recent announcement of a Mii-focused smartphone app might have seemed like big news this past week, but if you’re a fan of Sony’s PlayStation brand, you’ve probably notice the bolder steps they’ve been making in the mobile market for a while now. Hit or miss, product tie-ins like Entwined Challenge, Fat Princess: Piece of Cake and Ratchet & Clank: BTN have shown that Sony values the marketing potential of the App Store and Google Play.

Their latest release, Run Sackboy! Run!, is an endless runner set in the world of Little Big Planet (and a gentle reminder that Little Big Planet 3 is launching on the PS4 and PS3 later this month). Does it feel like a shameless promotional tool, half-assed and half-released? Or does it stand on its own as a successful endless runner. 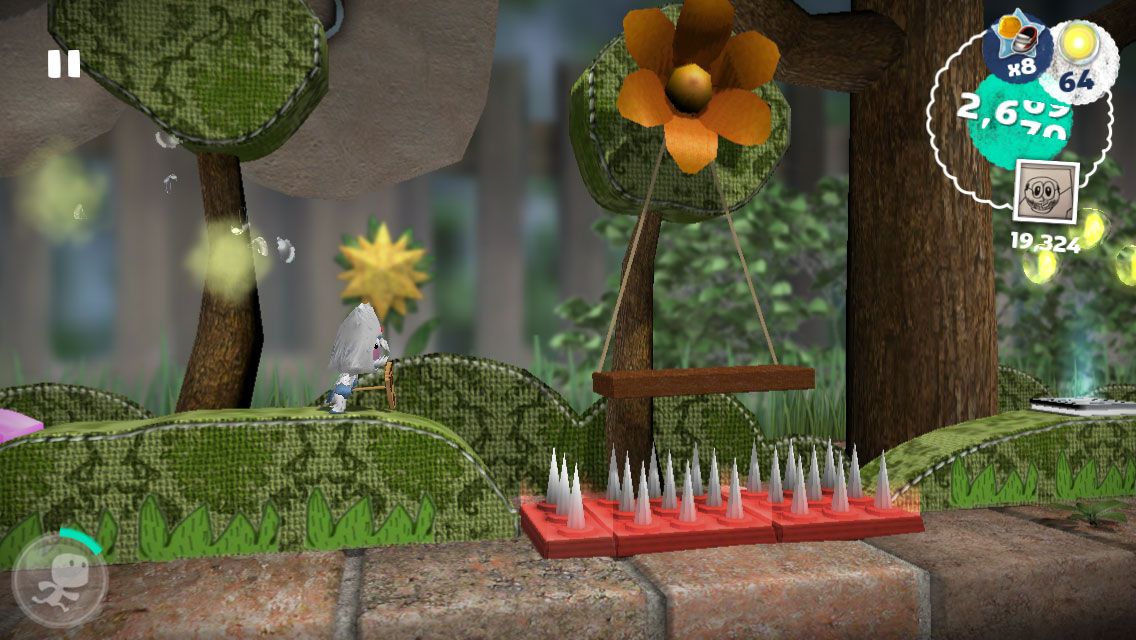 The answer, delightfully, is very much the latter.

For those not familiar, Little Big Planet is a series of games focused primarily on platforming, but also on gamemaking. As players explore the environment, they’ll unlock new tools, stickers, and more that they can use in LBP’s game creation toolkit to make everything from puzzles to racing games. And Run Sackboy! Run!? It feels like someone took that toolset to craft a brilliantly fun endless runner.

Players will control Sackboy as he autoruns through a randomly generated environment, complete with enemies to dodge, obstacles to avoid, and bubbles to collect. The gameplay is fast and fun, with multiple paths to choose from in every run. From the touch-sensitive jump controls that let you determine the height of each leap to the swiping to dash in mid-air, it all just works. This is a game that’s dripping with polish and style; when you’re running, it’s one of the best endless runners out there. 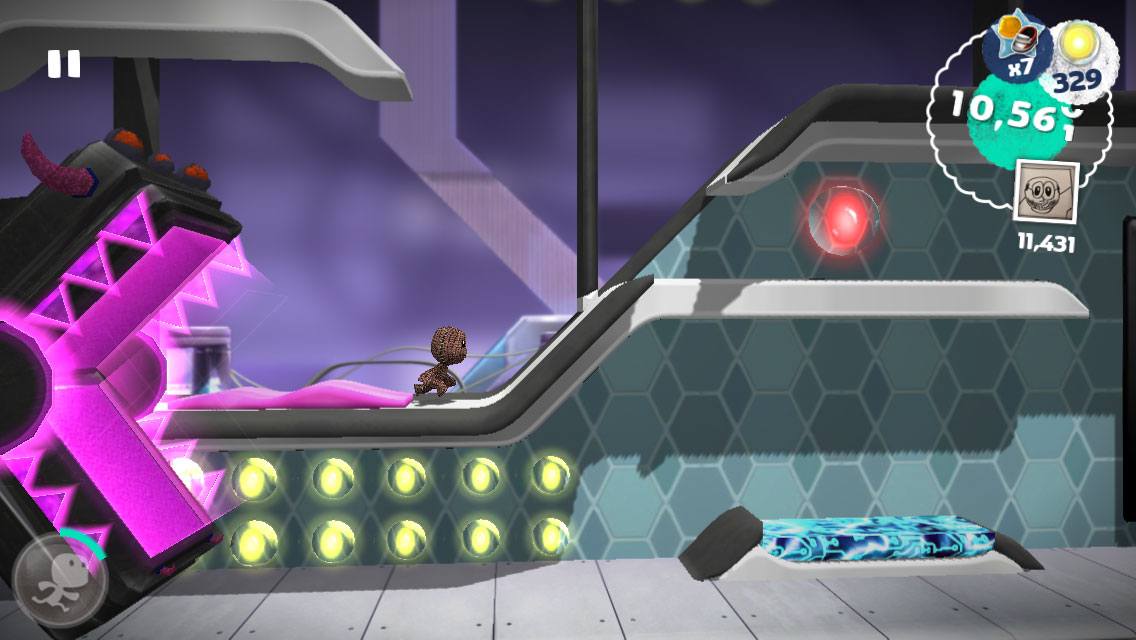 When you’re not running, though, things can feel a little high pressure. Your score is heavily dependent on a score multiplier system that sees permanent increases as you complete missions (ie “collect 4 stickers in one run,” “get to 300m without high jumping,” etc..). It’s clever, but the missions themselves get much too difficult much too quickly. I’ve been tasked with collecting things I haven’t even seen in the game yet.

When you fail to complete these tasks after a handful of attempts, the game will gently remind that you can buy your way out of a mission with soft currency. But since you’ll need that same soft currency to purchase upgrades and costumes, and it’s earned at a slower-than-preferred rate, you’ll probably think twice about it. 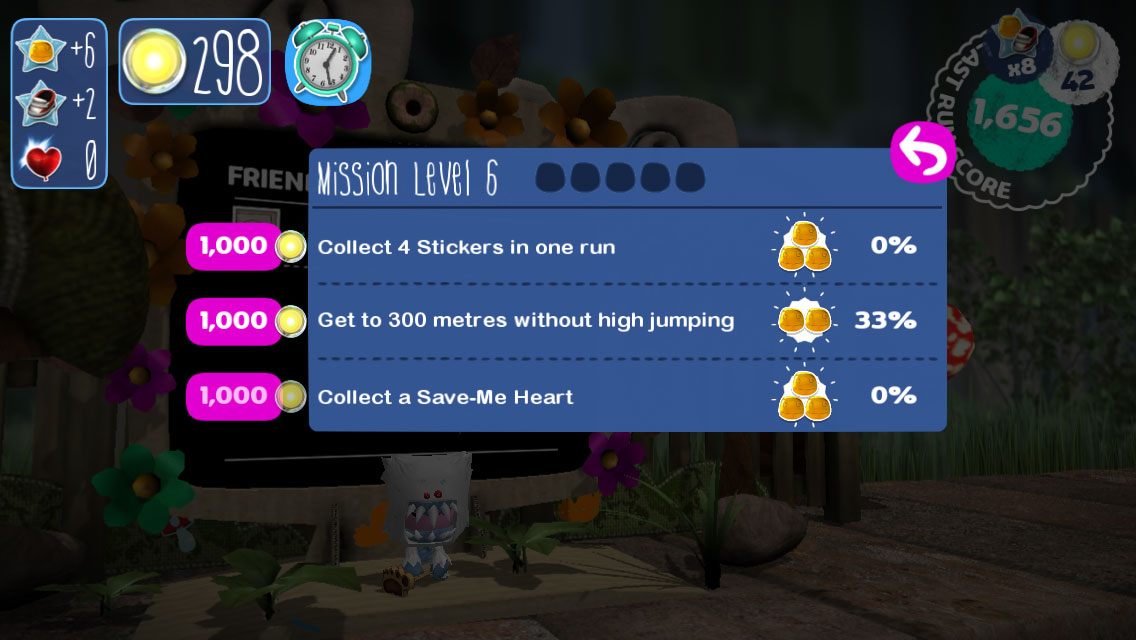 It’s this design choice that turns an otherwise excellent endless runner into a financial tug-of-war. You can (of course) buy the soft currency – and at a reasonable price – but as a tool that’s meant to remind you to spend $60 on something else, Run Sackboy! Run! comes off as just a tad greedy.

That said, if you can ignore the missions and just find fun in the gameplay, Run Sackboy! Run! offers a tremendously good time for gamers in search of a new endless runner to add to their collection. And if you’re planning on picking up Little Big Planet 3 anyways, here’s a bonus: collect the right stickers in Run Sackboy! Run! and you can unlock some exclusive content for the console game.