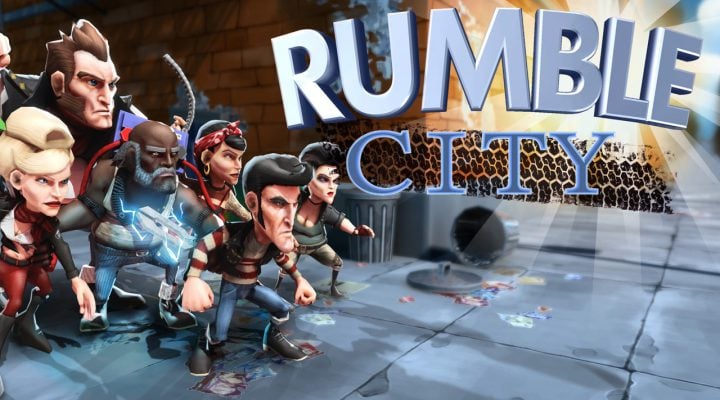 Features a fun, and fresh, theme.

Health regeneration can get expensive, quickly.

When I first heard about Rumble City, just a few days ago, I was intrigued. Seeing as how the developer, Avalanche Studios, is best known for their ridiculously silly and fun Just Cause series, I went into Rumble City hoping for an equally silly and fun experience.

While Rumble City features a unique setting, crazy characters, and some great strategic mechanics, some design decisions really hold the game back from being a great experience overall.

Rumble City is set about five decades ago, when biker gangs were more along the lines of Grease rather than Sons of Anarchy. In Rumble City players must direct a handful of biker gang members around a board themed after various locations like bars, burger joints, and street corners. Each character type has particular strengths that the player should utilize in order to defeat their opponents. The A.I. opponents are given the same types of characters to use against the player, but usually in larger numbers. 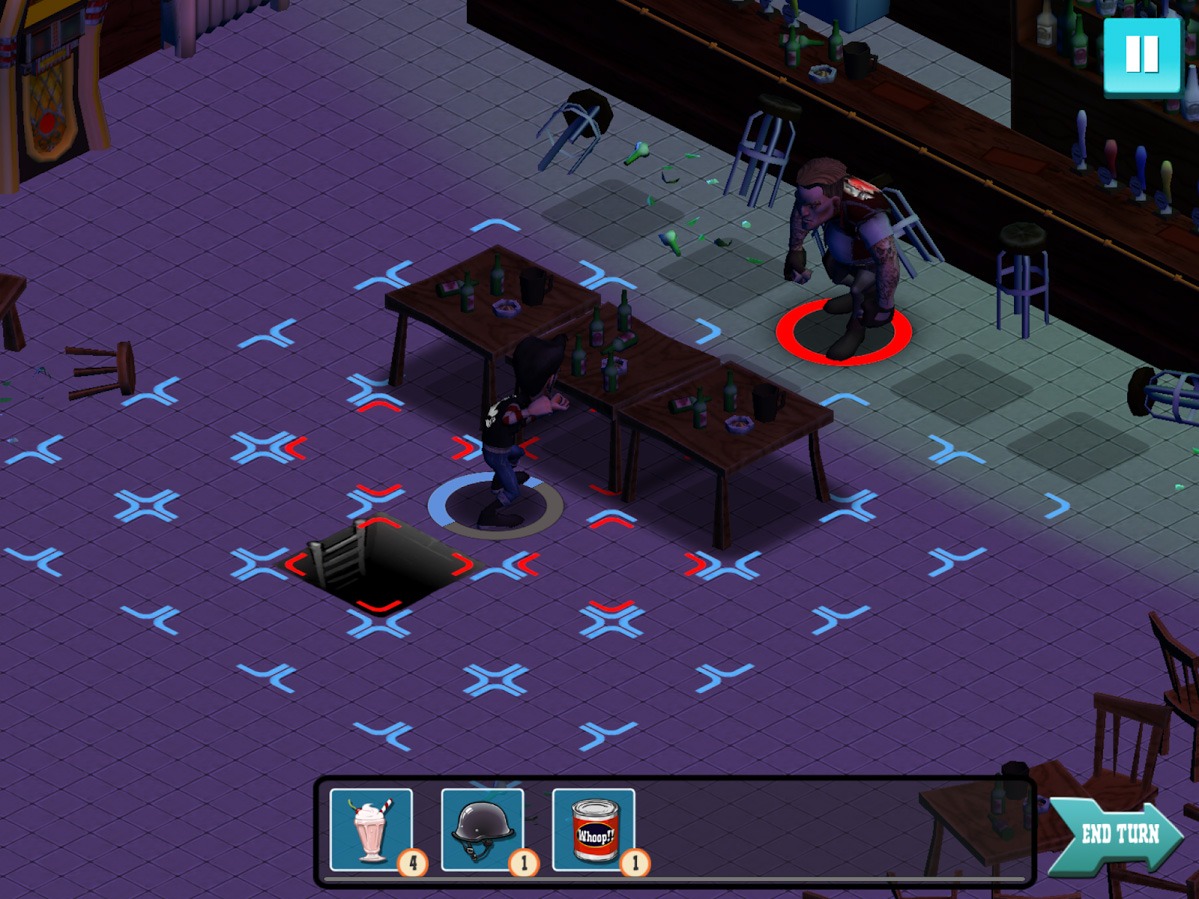 With the odds constantly stacked against me, I found that I needed to really consider each and every move I made if I was hoping to achieve a three-star reward in each level.

Upon successfully completing a level, you’re handed a stack of cash which you can use on junk food to restore your character’s health. You see, for whatever reason, your character’s health is consistent from level to level. This means that if you complete level 10 and barely scrape by with any health left on your team, you’ll show up in level 11 starting with that much health. It’s pretty improbable to be successful starting out with anything less than full health when the odds are already against you. 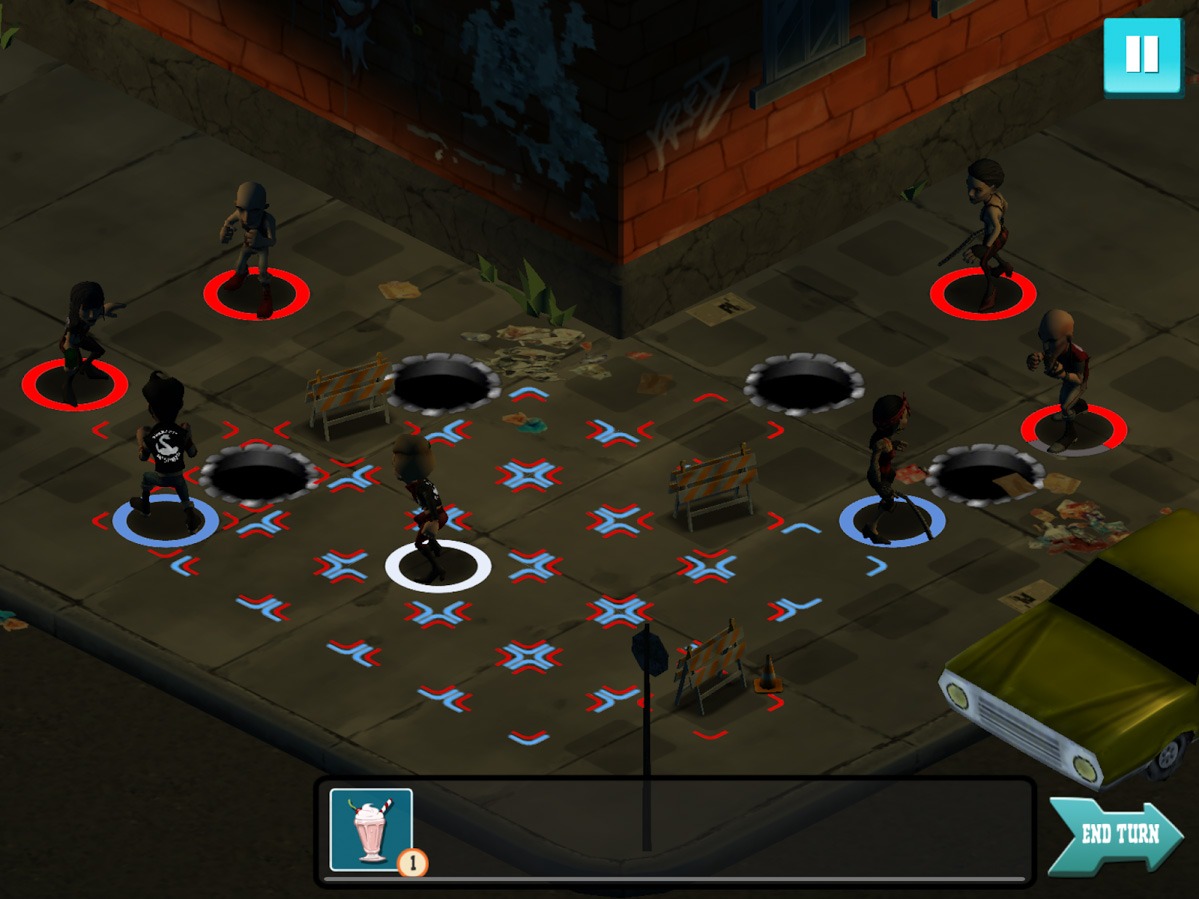 If you’ve already used up all your cash from previous missions, you can throw down some real cash to buy health-regenerative items, or you can put the game down and wait awhile for your health the slowly regenerate. You can replay older missions for a bit of cash, but I was only raking in $150 per re-win, which is just enough for one 75-point (roughly 75% total health) regenerative item. Keep in mind that you’ll have to take into consideration the damage you take in the repeat missions. So, ultimately, you’ll be lucky if you break even.

Progression through Rumble City is limited by checkpoints which restrict forward progression until you have collected X-amount of stars, forcing you to replay levels unless you can perfectly complete each level on your first try.

Which you won’t, because Rumble City is not an easy game.

I like that Rumble City is tough, I like that it makes me think. That it makes me consider each and every move that I make, and how it makes me strategically value each of my units for their unique strengths. I just wish I could be free to experiment with strategies without having to deal with being cornered into paying.

It’s really a reflection on the industry that some developers believe freemium is the only way to make money in mobile. I can’t fault the developers for wanting to make money, I just wish I had the option to pay for a premium option that just refilled the character’s health at the start of each level. I want to play Rumble City, I’d pay for it, but I really just don’t want to pay a quarter every time I give my character some french fries just to get them to a decent starting point for the current level.

Rumble City isn’t a bad game. It can be fun …but only when you’re not being funneled towards buying cheap health refills and character power-ups.