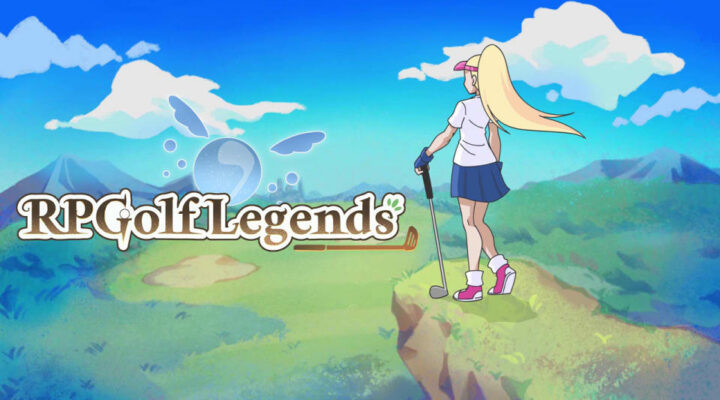 We feared the worst when we started up RPGolf Legends. It looks like it follows a little too closely in the considerable footsteps of the superlative Golf Story – a title that very much caught lightning in a bottle.

But we were pleasantly surprised at our time with this Kemco published (and ArticNet developed) effort. It does just enough that’s unique to make it worthwhile for fans of Golf Story, managing to mix RPG battler and Sporting Sim better than you’d ever expect.

The plot, such as it is, sees you exploring numerous towns attempting to unlock the golf holes that have been locked up.

You do this via completing various objectives set by the townspeople, performing fetch quests, and beating up various foes wandering around.

Because yes, this is a game with an action RPG element. It’s the definition of basic – you can hit things with your club, and that’s about it – but it’s just intuitive enough to make battles mildly enjoyable. Or at least, not massively dull.

Especially when the foes are often patently ridiculous – an early encounter with King Crab sets the tone, and it’s something the game leans into to good effect.

The golf element is similarly simple but effective, with no real gradients on the flat 2D courses – and everything is controlled via easy to understand power meters and the like.

So the basics are enjoyable, and the tone of the game isn’t as po-faced as you might fear. It wisely doesn’t take itself seriously (your companion is called Clubby for heaven’s sake) and there are some genuinely amusing lines scattered throughout.

Sadly the biggest problem is that RPGolf Legends never comes together as the grand adventure it wants to be.

The main gameplay beats get repetitive before long, and there are no great arcs in terms of your character’s development. It simply feels like a load of mini quests are thrown at you with no real progression in the stakes.

Still, RPGolf Legends is a diverting enough adventure that wisely doesn’t take itself too seriously – and will just about scratch that itch for anyone eagerly waiting for Sports Story.