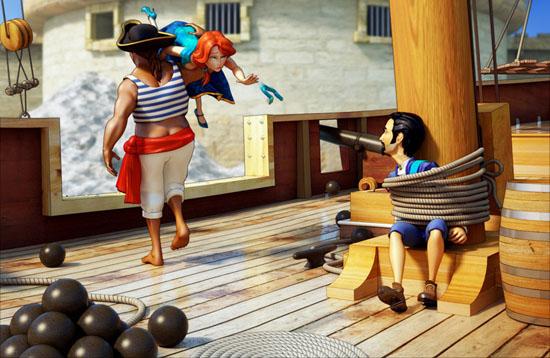 Conventional wisdom may say that opposites attract, but in Royal Trouble the reverse is true. A casual point-and-click adventure from Orchid Games, Royal Trouble stars a prince and princess who inexplicably find themselves prisoners in a castle. And only by working together do they have any hope of escape. The game is short and relatively easy, but manages to still be enjoyable thanks to some great puzzle design, solid writing, and a very charming pair of lead characters.

As you’d expect, neither Prince Nathaniel nor Princess Loreen are very pleased when they realize their predicament. And it doesn’t help that the two don’t start off on the best of terms. But as is so often the case, though they start out hating one another, as the royal duo are forced to work together to escape, their relationship gradually becomes much more intimate. The progression feels natural, and both Nathaniel and Loreen are very likable characters. But while the story — which is told both through dialog and a fully voiced storybook-like narration — focuses quite a bit on their relationship, it does so at the expense of any sort of interesting narrative. There are a number of questions left after the credits finish rolling, which happens after just a couple of hours.

As a point-and-click adventure, Royal Trouble is all about finding items and then using them to solve puzzles. The game constantly switches back and forth between the two characters, who are separated for the majority of the game. This provides a nice dynamic, as you’ll often have to find items or solve puzzles in one area, which will then help the other character wherever they are. Nathaniel and Loreen’s prison escape is fraught with obstacles, though overcoming them is rarely taxing.

The puzzles in the game are all rather easy. They start out pretty simple, and even though things become a bit more complex towards the end, it never gets particularly difficult. Unlike most games in the genre, Royal Trouble’s puzzles are actually very intuitive, so you’ll rarely be at a loss as to what needs to be done next. And if you ever are, there’s a very helpful hint system that features multiple layers of tips to keep you on the right path. It also helps that the game is pretty linear, making it impossible to get lost.

In addition to the puzzles — which mostly consist of using items in the right places and occasionally combining them — you’ll also frequently come across mini-games. These are skippable, but like the puzzles, they’re pretty easy so you probably won’t need to hit the skip button very often. They range from simple “put back together the pieces of this torn up letter” games to actual hidden object scenes, where you’ll have to find ingredients for a potion or cutlery to set the table. 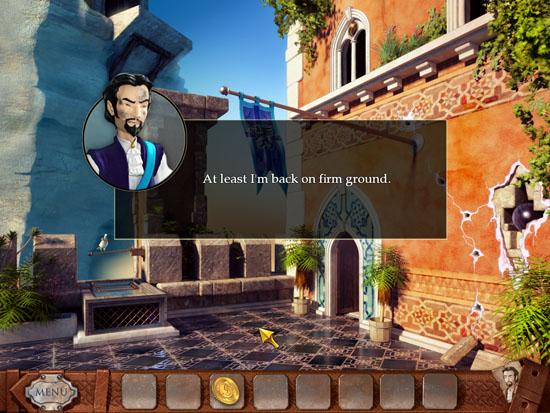 Royal Trouble uses a stylized 3D visual style, that’s very reminiscent of games like Jack Keane. The characters are colorful and exaggerated, which helps add to each one’s distinctive personality. Though, unfortunately, several parts of the game have real plastic look to them, making them feel as if they don’t belong in the virtual world. The most notable example of this is Noreen’s hair, which is shiny and solid and looks as if it came off of a doll. But aside from that, the visuals, like the rest of the game, are very fun and charming.

It may not do anything new or innovative, and it may be a tad easy for some, but Royal Trouble is just plain fun. The puzzles never get too frustrating and the characters are charming and likable. For the brief while it lasts, it’s an enjoyable ride. And thanks to its intuitive puzzles and great hint system, it’s also a perfect entry point for players looking to make the jump into the adventure game waters.