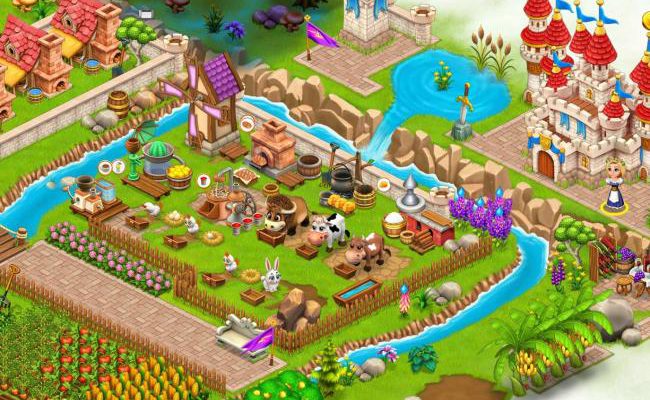 When you hear the words “Royal Story,” what do you think of? Tales of war and conquest? Grand courts populated by lords and ladies? Knights facing off against fire-breathing dragons? Good stuff, but Royal Story for Facebook doesn’t offer any of that. It doesn’t even offer much of a story, though its name suggests otherwise. You’re basically looking at another resource-gathering freemium title that’s admittedly solid, but unimaginative.

Royal Story makes an attempt at narrative, but Game of Thrones this is not. You are a prince (or princess), heir to a kingdom that’s fallen under a curse. Your job is to build your inheritance back up to its former glory by clearing away land, planting crops, tending to animals, and brewing coffee. No, seriously: Early in the game, you grow and harvest coffee beans and feed them into a percolator that you assemble from sticks and stones. Take a hike, Tassimo. We know your secret. 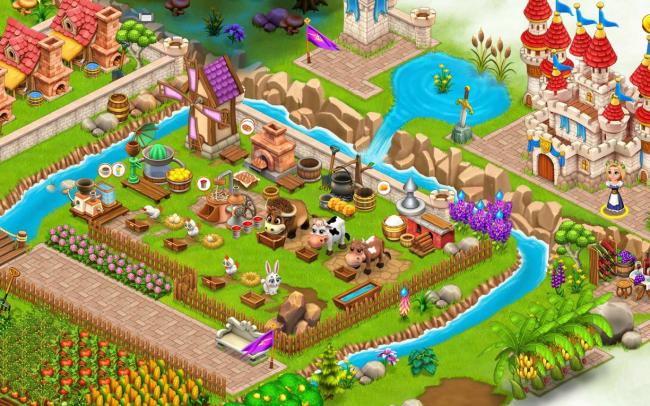 The items you cultivate, including vegetables, animal products, and your sticks-and-stones coffee, can be sold for coins. It’s more likely that everything you make will go back into completing quests, however, since the game won’t let you progress until you’ve built up a huge store of resources. What kind of liege even thinks of expanding his territory before he’s stockpiled 15 wheels of cheddar cheese? Fie! Shame!

Indeed, one of the biggest problems with Royal Story is that it takes ages for anything interesting to happen. You’re stuck tending to your tiny plot of land until the game decides it’s time for you to grow your kingdom—but striking out into the unknown takes a great deal of tedious preparation, which includes manufacturing, growing, and collecting a bunch of food items. You also need to pay an expensive “toll” in order to get going. 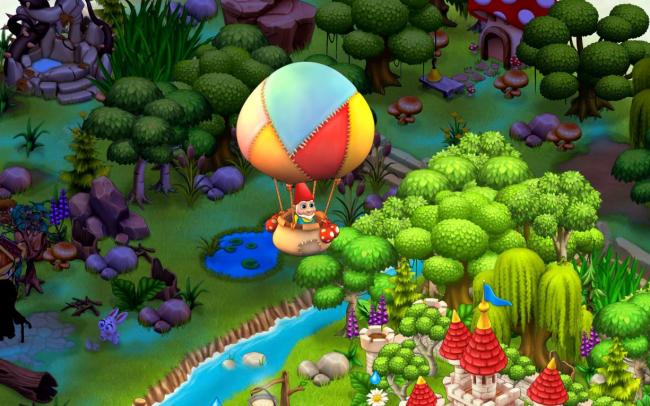 Unsurprisingly, you can cough up the game’s hard currency (in this case, rubies) to get the job done, but the cost of instantly completing each individual task is exorbitant. You start the game with three rubies, and freebies don’t come easy. If you want more rubies, you’re going to have to whip out your credit card.

But Royal Story isn’t a bad game; it’s average. Granted, you may as well say it’s bad because Facebook already offers a thousand million games exactly like it, not the least of which is Zynga’s own CastleVille. It goes without saying that Royal Story will find its own dedicated user base that will cling to the title for a time, but if you’re honestly ready to move on from planting, gathering, harvesting, and small stores of energy that are quickly depleted as you crawl down the long, long road to true progress, Royal Story has nothing to offer you. 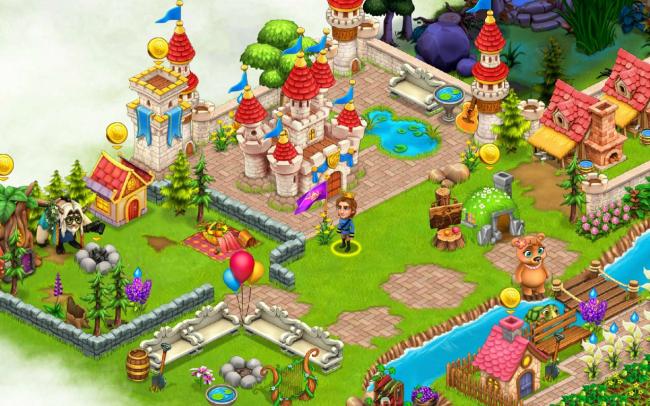 Okay, maybe there’s one thing: Its graphics. They’re big, bright, and colorful. The big head/small body design choice is reminiscent of another social games company whose name starts with “Z” and ends with “A,” but it’s all pleasant enough to look at. The question is whether or not you’ll want to stick around Royal Story long enough to see what it offers beyond that initial dose of eye candy.