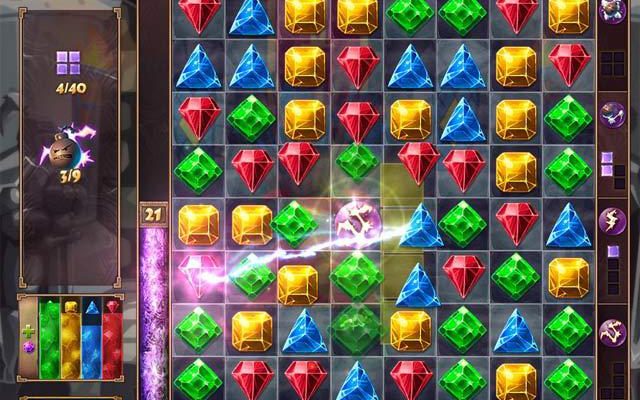 A diamond in the rough

Royal Gems initially appears to be a lovely, bright match-three game that will suck away all of your free time like so many other games have been able to do. While the terms “lovely” and “bright” certainly do apply to the final product, Royal Gems unfortunately offers a disappointing experience that feels more like a Facebook game than a PC download title.

Royal Gems comes with nothing in the way of storyline or characters. It’s simply you and a list of dozens of levels, each of which has three stars to earn as you play. Each level also comes with a series of tasks to complete, with some being easier than others. In each stage, matches are made by clicking and dragging to form lines across matching, touching symbols, but matches can only be made horizontally and vertically (that is, diagonal matches aren’t allowed). Adding to this simplistic setup is the inability to make your next match while the animation from the previous match is still active, so speed really isn’t available here. 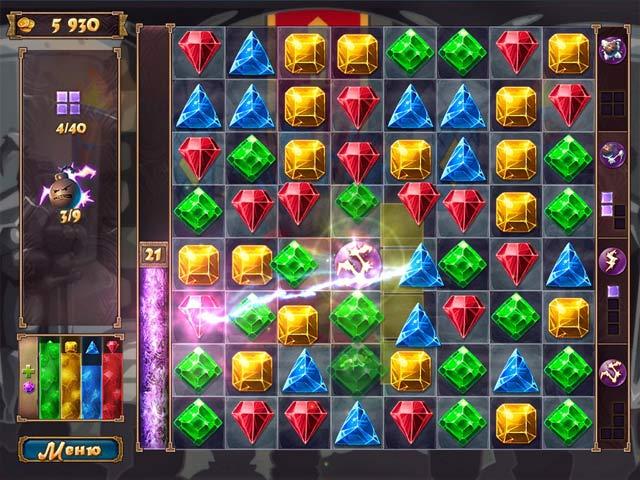 While each stage may technically have different goals, they all still feel almost identical, since most simply ask you to activate power-ups by creating specific shapes with the gems you match. You may be required to make a power-up using a straight line of four gems, or a power using an L shape, as examples. Instead of being offered in a 1:1 ratio, you’ll instead need to create four of these same shaped matches before activating a single power-up on the board, so levels requiring the formation and activation of these power-ups in bulk can be incredibly difficult to complete.

While most levels aren’t timed, they do come with move counters, giving you only a varying amount of available moves to complete that specific level’s tasks. If you fail to complete one or more tasks before you run out of moves, you’ll still pass the level, and can even easily earn two of the three stars available in that stage, making me question what the purpose of these tasks is at all. 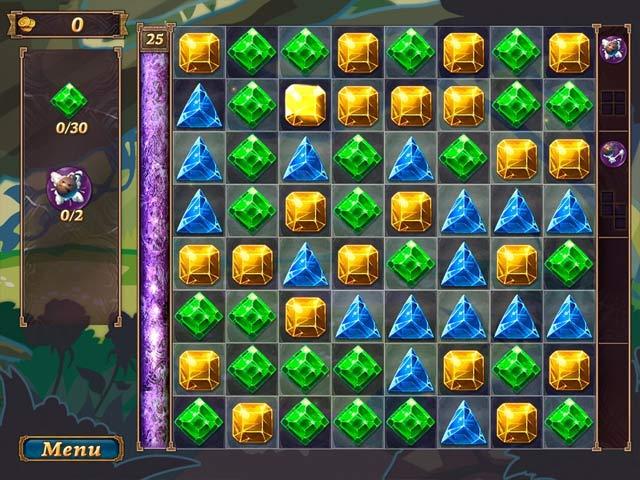 Royal Gems feels incredibly similar to Facebook games like Candy Crush Saga, as each level comes with different tasks, and you can replay them as many times as you see fit. Of course, there’s no energy system here that limits the length of your gameplay session, but Royal Gems does offer a boosts store where you can spend the purple gems you earn by completing levels. These boosts may increase the number of moves you have in each level, or increase the effect of power-ups (bombs, lightning bolts, etc.), but they quickly become too expensive to purchase without grinding through the same sorts of levels over and over again.

With the ability to earn stars and technically “win” stages even without completing each level’s tasks, the setup of Royal Gems is simply confusing. If there’s no real penalty for not completing tasks, why should we try to complete them in the first place? Just to have something to do? This leniency on the part of the game developer does offset the challenge to actually complete some tasks due to the random nature of the appearance of gems on the screen, but if the solution was to seemingly remove all ability to “lose,” perhaps another method should have been chosen. 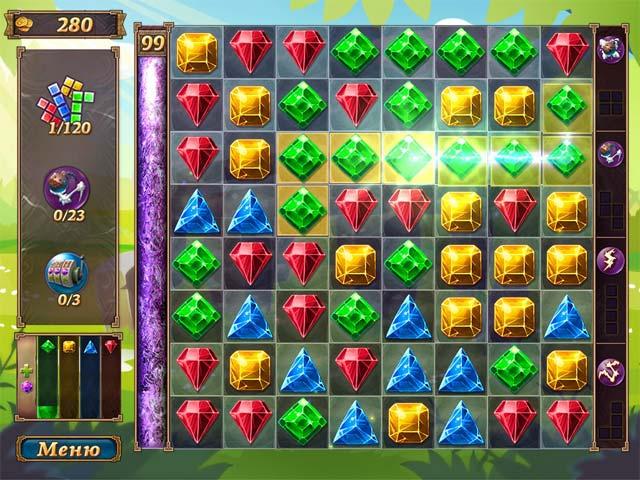 While such a simple gameplay setup might be successful in a Facebook or mobile gameplay experience, where social play would allow gamers to compare their high scores with their friends, Royal Gems doesn’t contain enough depth or variety to be worth the price of a full download, especially when you can experience much of the same simplistic gameplay elsewhere for free.