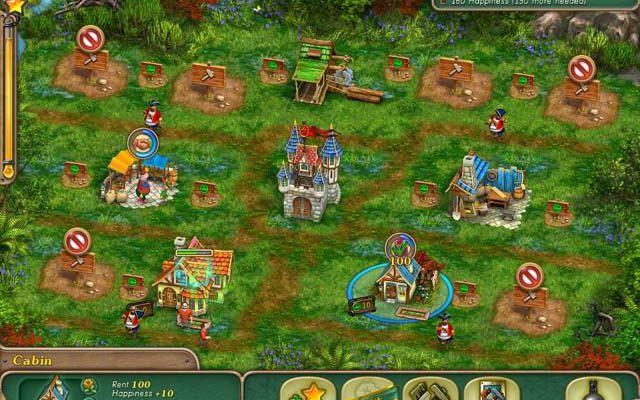 It turns out the best way to make sure you’re looked after in times of need is to supply your country’s leader with swanky shoes. The king in Playrix’s new building simulator Royal Envoy shows no interest in helping Islandshire’s storm ravaged residents until he learns that they’re the ones who keep him in purple slippers. Once this fact is revealed he wastes no time sending a delegate—you—to oversee the province’s rebuilding and ensure production of his fancy footwear continues uninterrupted.

The king isn’t the only eccentric character in this polished and pretty game. The narrative is spiced with plenty of fun and memorable personalities, whether it’s your peculiar aide, whose massive equation for the number of nails necessary to complete all building activities results in the rather suspect answer “one,” or a likeable young girl pirate and her eye patch-wearing parrot. Professional voice talent and attractive cartoonish graphics loaded with playful animations are the cherries on top.

But as high as the production values may be, they take a backseat to what can only be described as some of the most fun and frantically paced city building action this reviewer has experienced. 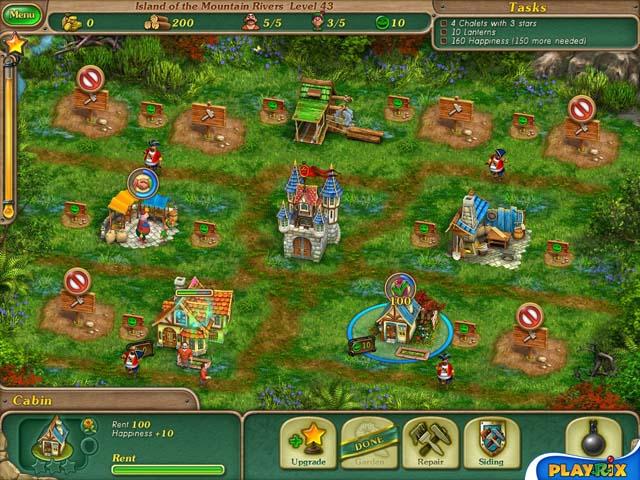 As with many casual city builders, Royal Envoy isn’t really about winning or losing. It’s simply about building towns. However, don’t let that fool you into thinking this is a calm, relaxing experience. The speedy nature of the game’s activities combines with a devilishly unforgiving gold star timer to ensure that you will almost always be on the edge of your seat with eyes darting around the screen looking for the next building or task on which to click.

There is never a shortage of things to do. Each level begins with a series of tasks, such as amassing a certain amount of money or happiness or building a set number of certain types of buildings. It’s pretty simple at first. We simply click on an open lot and pick a structure to build, maybe click a couple more times to upgrade it, and then click again each time rent comes due to send a tax collector out to gather cash.

But the complexity ratchets up a notch with each new level.

And that doesn’t even touch on the little side missions, such as paying off bandits that block our way, using workers to dig for treasure and build bridges, or—one of my favorites—paying a balloon man his weight in gold (no more and no less) for his inflatable. It sounds daunting, but the genius of it all is that it never becomes the least bit overwhelming. 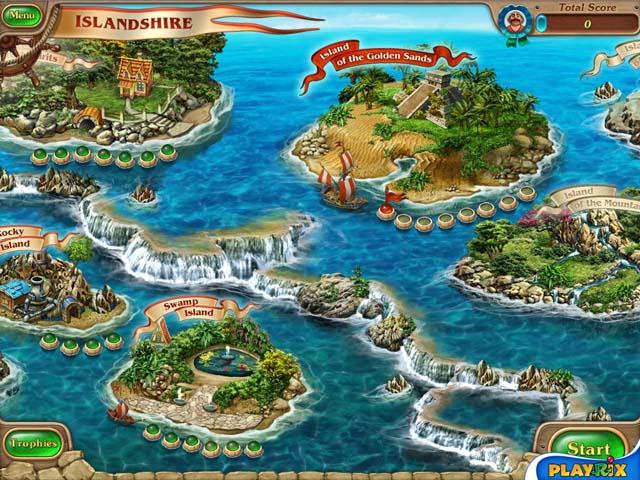 The density of tasks ramps up slowly and excellent in-game tutorials teach players everything they need to know as they progress. Plus, individual activities are so simple that none take more than a couple of clicks to complete. It also helps that we’re typically provided clear visual cues in the form of pulsing icons and status bars that let us know when something needs to be done or how far along our workers are in their current tasks.

The only thing that vexes me is that bloody timer bar. It can be merciless in some missions. Starting around the fourth island I found earning gold stars—which are required to earn a trophy for each island—to be extremely difficult. I needed to have a well formulated plan based on level objectives before even starting to play, which can be difficult given that parts of the map are sometimes obscured. The only way I had a legitimate chance was to play a second or third time with a better understanding of what awaited.

But, thankfully, if the timer bar does expire you can still keep playing and progressing through the game’s story and 60-odd missions. You just won’t earn many of those lovely trophies.

On the bright side, the lure of trophies provides good reason to go back and replay levels for better times, which helps extend this game’s already impressive length. And I’ll take any excuse to head back in and construct a few more villages in this great little city builder.