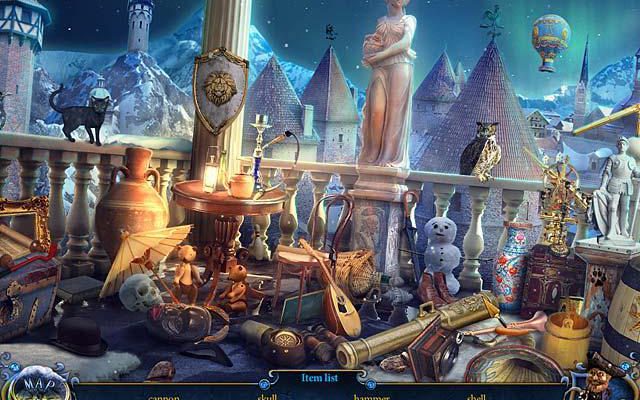 Statues are people too

The quiet, peaceful slumber of the mountain town of Martlet has been disrupted by a magical force, bringing the town’s statues to life. Large or small, evil or friendly, every statue now has a mind and will of its own, with the most nefarious gargoyles capturing the town’s citizens for an unknown purpose. As a royal detective, you’ll be called in to investigate why and how the statues have come to life and what this all has to do with a young orphan named Princess.

Royal Detective: The Lord of Statues sees you unlocking and investigating beautiful surroundings within the town of Martlet, completing the occasional hidden object scene, but mostly picking up items that have been scattered freely throughout the environments. The standard mechanics of missing puzzle pieces and locked gates/doors hold true here, as you’ll need to search for tools of all shapes and sizes in order to progress. 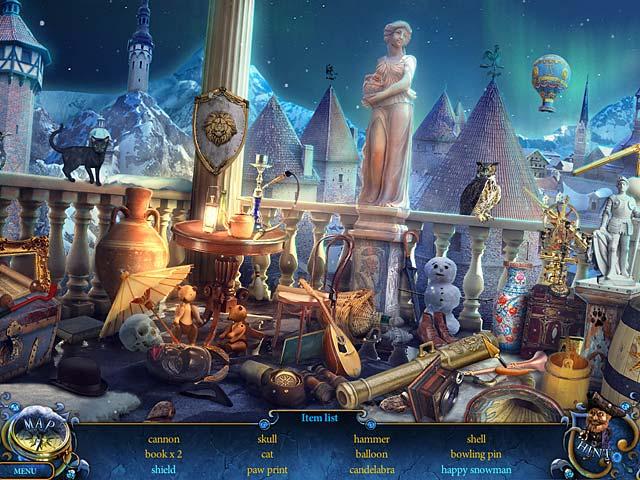 As the story unfolds, a small gnome will be your guide and narrator, breaking into short stories as you uncover specific clues. These instances are fully voiced, but the voice acting is a bit slow when compared to the rate at which you could read the text on your own. Luckily, you can skip through at your own pace if you’re simply ready to move on. Aside from this, the gnome also works as your hint system, and will give you a detailed description of your next task (when not in a hidden object scene), telling you exactly where to go and what tool to use when you get there. This is a superb addition to the game, which, along with the fast-travel option in the map, ensures that you’ll never remain stranded for too long.

Within each hidden object scene, you’ll be required to complete some secondary tasks to repair or otherwise unlock specific hidden items, and will be able to take at least one key object away from the scene to be used elsewhere. There’s a lot of backtracking throughout Lord of Statues‘ environments, but again, the fast-travel option makes this easy to handle. There’s a nice balance between hidden object scenes and puzzles, as the game doesn’t force too many of one or the other into the equation in rapid succession. Still, the puzzles that you will encounter are fairly basic, with tile rotation /swapping puzzles making an appearance alongside those that require you to put forth a bit more effort (like one where you’ll need to paint an object so that no two like-colored shapes touch, as an example). 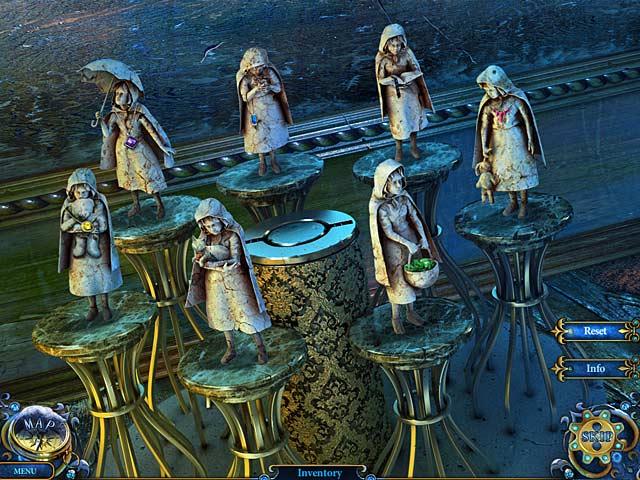 While you’ll collect dozens of inanimate objects throughout the game’s story, just as large a focus is placed on the friendly statues that you’ll encounter. Each has its own purpose that can be utilized to progress in the story, like an archer that can break down doors, or a rooster that can fly high and low to pick up items that are otherwise out of reach. The statues are animated nicely, taking advantage of the game’s mostly crisp and lovely graphics.

Speaking of graphics, snowfall is a nice addition in most outdoor scenes, while light and shadow play off of the cluttered interiors. It’s unfortunate that this high quality isn’t present within the game’s many cutscenes, as these become grainy and are incredibly jarring when compared to the rest of the title.

With Royal Detective: The Lord of Statues, Elephant Games continues its run of high-quality and highly enjoyable hidden object adventures. While the gameplay mechanics here aren’t really anything too extraordinary for the genre, the addition of living, sometimes talking statues as your friends and guides is a unique concept that gives the game a certain freshness. Add in virtual achievements and an integrated strategy guide that saves your place when scrolling and you have a highly polished offering that every hidden object fan should treat themselves to experiencing.