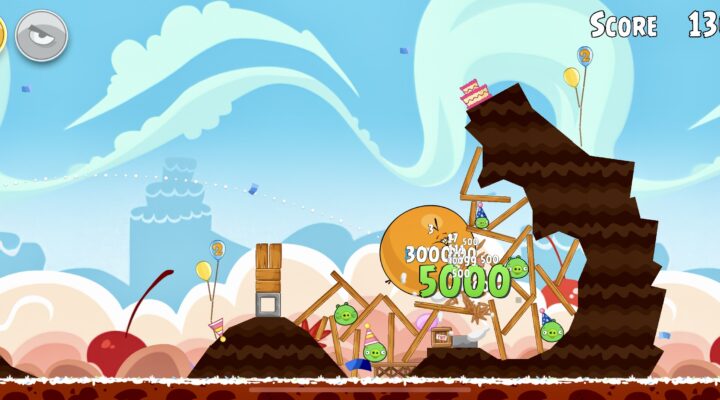 A reminder of how good Angry Birds was

Can get a little fiddly

It’s easy to forget, amidst the deluge of franchise-establishing games that have followed in its wake – and the general motion of mobile gaming towards skill-less simplicity – that the original Angry Birds was actually a pretty challenging physics puzzler. But that’s something this remastering hammers home – it’s a game that thrills and frustrates in equal measure.

Based on the 2012 version of the original, and crammed with level packs that boost the number of challenges well over 300, Rovio Classics: Angry Birds is a hefty reminder of a past long left behind. Its dopamine twangs are all skewed, and you can’t help but brace yourself for an advert that never comes after every failure.

And yet there’s still a glowing brilliance to the experience. You’re not just tossing blindly or using special birds to wreak havoc – you need to be measured and careful, picking the shots that are going to bring you closer to your goal of killing all the pigs.

There isn’t even a guide on your shots, just the dotted remnants of the line the last bird you threw took. That leads to moments of tragic inaccuracy, as well as spectacular last shots that clear out that pesky final porcine and leave you with a swell of pride in your chest.

This isn’t a game where you’re going to bash through a few mindless levels on the bus, paying little attention and grinning at the chimes and colorful flashes of your meaningless success. It requires attention and precision – it asks you to actually play.

There’s a twinge of sadness every time you finish a level, because it’s a reminder, a reminder of how far mobile gaming has gone down a different path to the one it could have taken. Rovio Classics: Angry Birds is a blast from a not-so-distant past, when there was a heady joy to be found in touchscreen play.

But put all of that aside and look closer at the game and you’ll find something that still clings to what made it so special in the first place. This is a balanced and bright slice of entertainment that’s still well worth playing all these years later. Some things, it would seem, so stand the test of time.