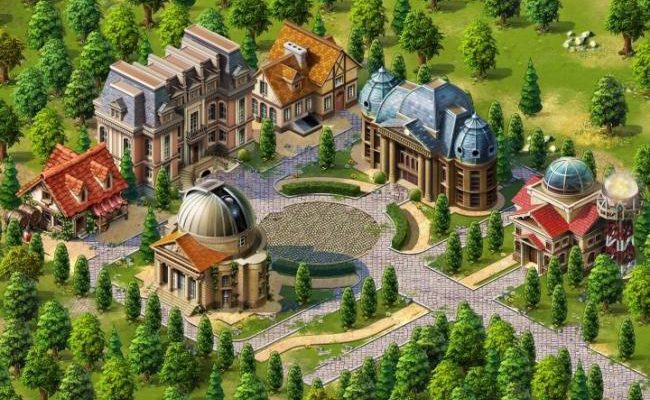 Become the heir to an eccentric uncle’s scientific legacy and use his discoveries to unravel the mysteries of the universe.

The hidden object genre is still relatively new to the social platform, but it’s already in danger of getting stale. The first of these games basically slapped a hidden object element onto Farmville-like environment building mechanics, and many subsequent titles simply duplicated their efforts. Fortunately, some game makers are seeing the need to expand on the formula, and Rooms of Memory, the latest hidden object adventure from prolific social game publisher 6waves, is a flawed, but encouraging indicator of how the genre’s developing.

In Rooms of Memory, you play the lucky beneficiary to a nutty scientific genius named Professor Bellows. You arrive at Bellows Manor to claim your inheritance, and a variety of servants show up to greet you. At first glance, the situation’s pretty strange. For one thing, everyone there seems inordinately happy. For another, it’s unclear whether the Professor has died or just vanished as a side effect of one of his experiments. Either way, he’s left you an impressive estate and what he claims are the means to “unravel the mysteries of the universe.” 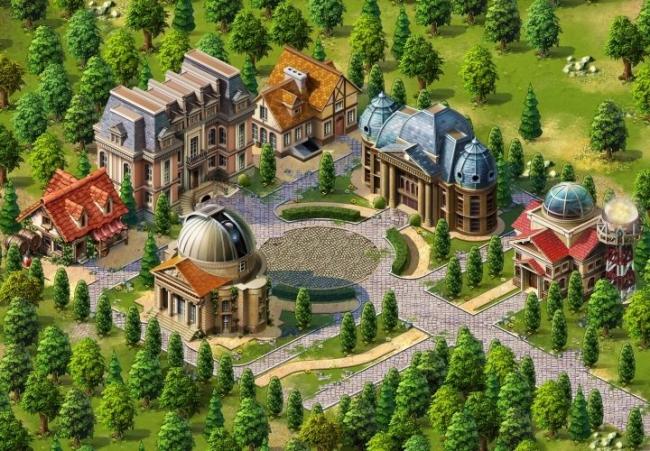 What Rooms of Memory has in common with other, similar games is its heavy reliance on text and its seemingly endless repetition of the same hidden object scenes. Every main mission and character exchange comes with a hefty side order of story text. While I admire the effort it took to write all of that, I soon found myself ignoring most of it and just clicking the buttons marked “Explore” and “Play Again”.

The way previous games in the genre have handled this (and poorly, in my view) is to reward you for enduring the repetition by granting you more points for finding items faster. The quicker you locate things, the higher your score multiplier. Rooms of Memory avoids this mechanic, which is a mercy. Its strategy instead, is to mix things up by changing the way scenes are presented. Each timed, five-minute scene is presented in a default mode that features the usual item list and the room seen in daylight. After that, the same scene is shown in a variety of different ways: at night (forcing you to use a flashlight), with search items shown as silhouettes (Shadow Mode), upside down and backwards. Doing this does add interest to an individual scene for roughly five playthroughs; after that, it becomes a dead horse you sincerely wish you could stop beating.

In addition to different visual modes, the game attempts to make the hidden object side of things more fun by creating different kinds of hint tools. For the most part, the idea works. One hint tool locates a single item; another heats your pointer up whenever it’s near a necessary item; yet another extends your timer, etc. You’re given a boatload of these hint tools at first, and like any good gateway drug, they do an amazing job of priming you to spend a lot of real money later, buying more. The best addition to the game by far though, is its crafting mechanic. Rather than collecting gold to buy and place buildings and decorations, in Rooms of Memory your money goes to unlock more locations and to craft artifacts and relics. Of course, crafting isn’t all about gold; it also requires various rare items found by playing different hidden object scenes. Once you’ve crafted enough artifacts, you can then craft more powerful items called relics, and these are used to further your pursuit of the Professor’s research. This process adds some much-needed variety to a genre that has basically been crying out for it. 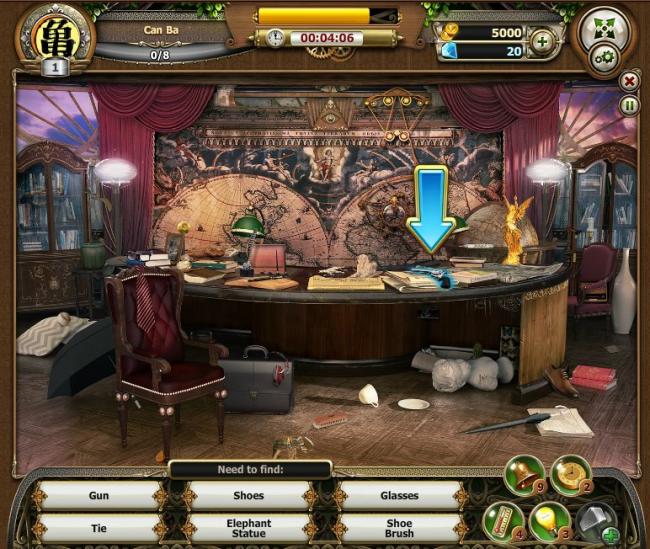 The other big things to like about the game are its relatively unobtrusive social element and its generous attitude toward free-to-play. While it does prompt you to share things with friends and its long line of empty on-screen friend silhouettes, it doesn’t force the social thing down your throat like some other games do. Best of all, it doesn’t trick you into thinking your friends are playing the game when they really aren’t, thus causing you to make a nuisance of yourself by asking them for things (I’m looking at you, Zynga).

It also represents one of the few games I’ve seen that lets you play longer without having to spend real-world money. Some games give you ten minutes of gameplay or less before you’re out of energy or lives. Rooms of Memory, by re-filling your energy upon leveling, making leveling easier and allowing you to find energy replenishment items, lets you play for significantly longer. 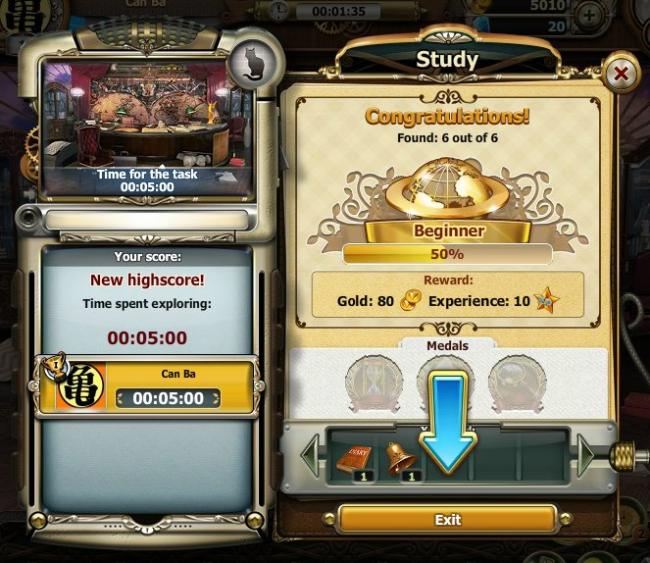 The two things I would change about the game are its dependence on repetition and its soundtrack. The former I’ve already explained; the latter is weird to me because of its melancholy. I was feeling really bummed while searching the Library for the umpteenth time, and suddenly I realized why—I’d been listening to that scene’s mournful piano theme for nearly an hour, and it was really getting to me. I’m all for pensive piano pieces but this thing could make a funeral dirge seem upbeat. I recognize that emotional responses to music are totally subjective, and I don’t meant to insult the composer because the music’s nicely done. It’s just that I personally don’t enjoy spending my gaming time feeling depressed.

Rooms of Memory is a good, but not great, game. It does as olid job of expanding on what thus far has been a fairly narrow genre and succeeds in adding considerable interest to it. Still, it struggles against the thing bogging down all previous social hidden object titles: excessive repetition. Until that issue’s resolved, it’s unlikely that Rooms of Memory—or really any social hidden object game—will have what it takes to hold the public’s (or at least my) long-term interest.