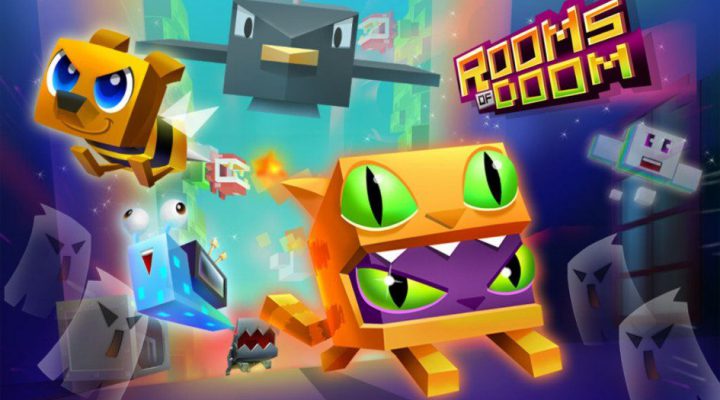 Unique style and a cheerily silly sense of humour.

Always something to collect.

May be a bit too piecemeal for some.

New twists but on familiar formulas.

Rooms of Doom is an interesting smooshing together of a bunch of mobile gaming ideas. There are shades of Crossy Road and Flappy Bird here, as well as a whole host of other games that you’ve played and enjoyed over the past four or so years. But it builds a clever framework around these older mechanics, twisting them into interesting new shapes in the process. And it never makes you play anything for more than a handful of seconds before you’re chucked into the next challenge.

Add in not one but two compulsive collections, and you’re left with a game that’s a lot more than just the sum of its different parts. And it stars a cat that’s actually a cat inside another cat. 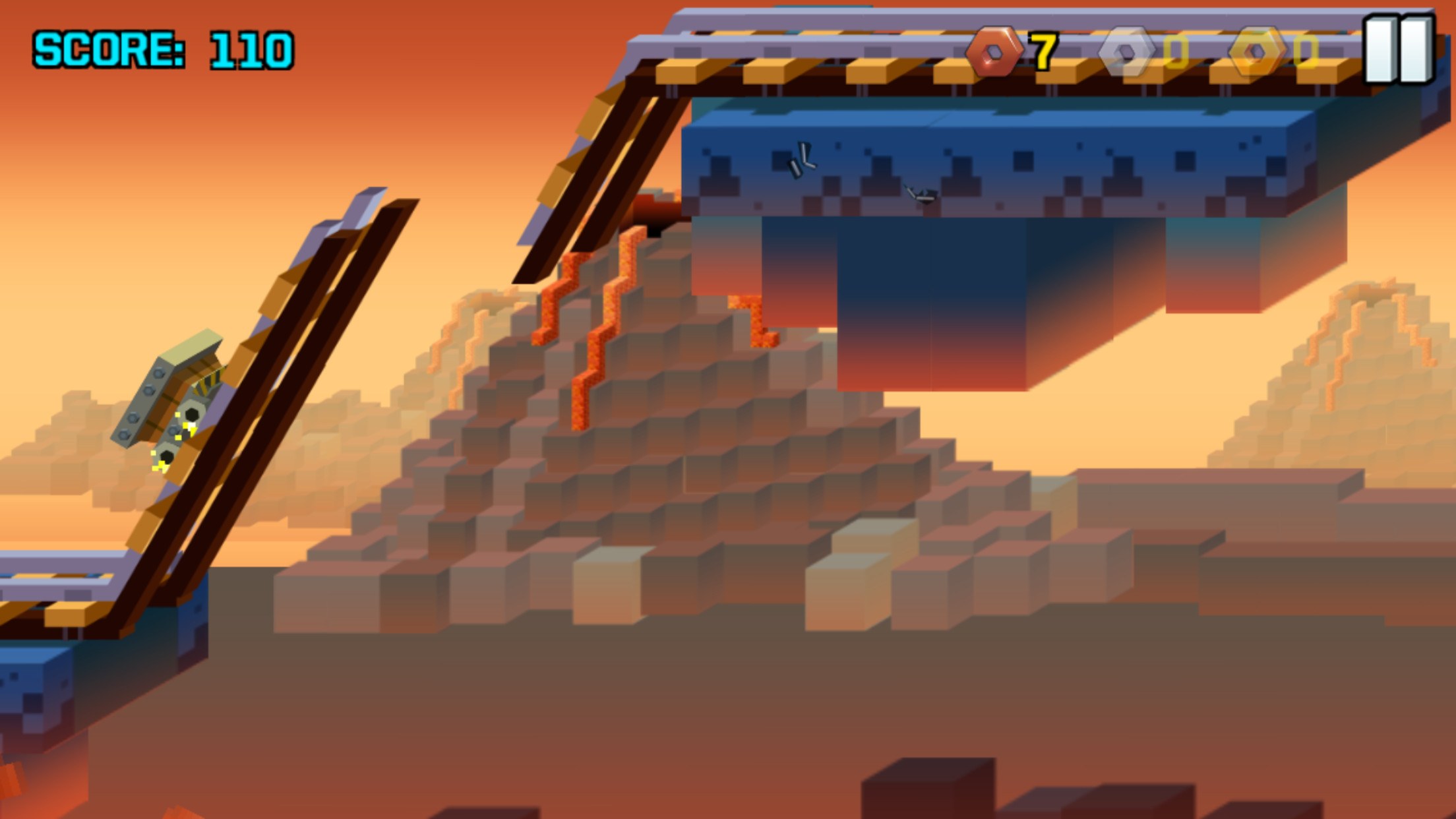 The basic premise of the game is that you’re controlling a series of hybrid animals created by an evil genius. And to test the prowess of these new minions you’re chucked into a series of challenging rooms. Survive and you move on to the next room, die and you’re tossed back to the start and need to use a different minion.

When you’ve earned 1000 coins you can build a new minion to try out. They all have their own strengths and weaknesses, and when they die there’s a wait timer before you can use them again. So building more minions becomes important to keep the flow of your play going.

Then there are the rooms themselves. The points you score each run go towards making new rooms. Some of these are duplicates which add different parameters to existing rooms, others are new builds that will drop in randomly during your runs to try and kill you. 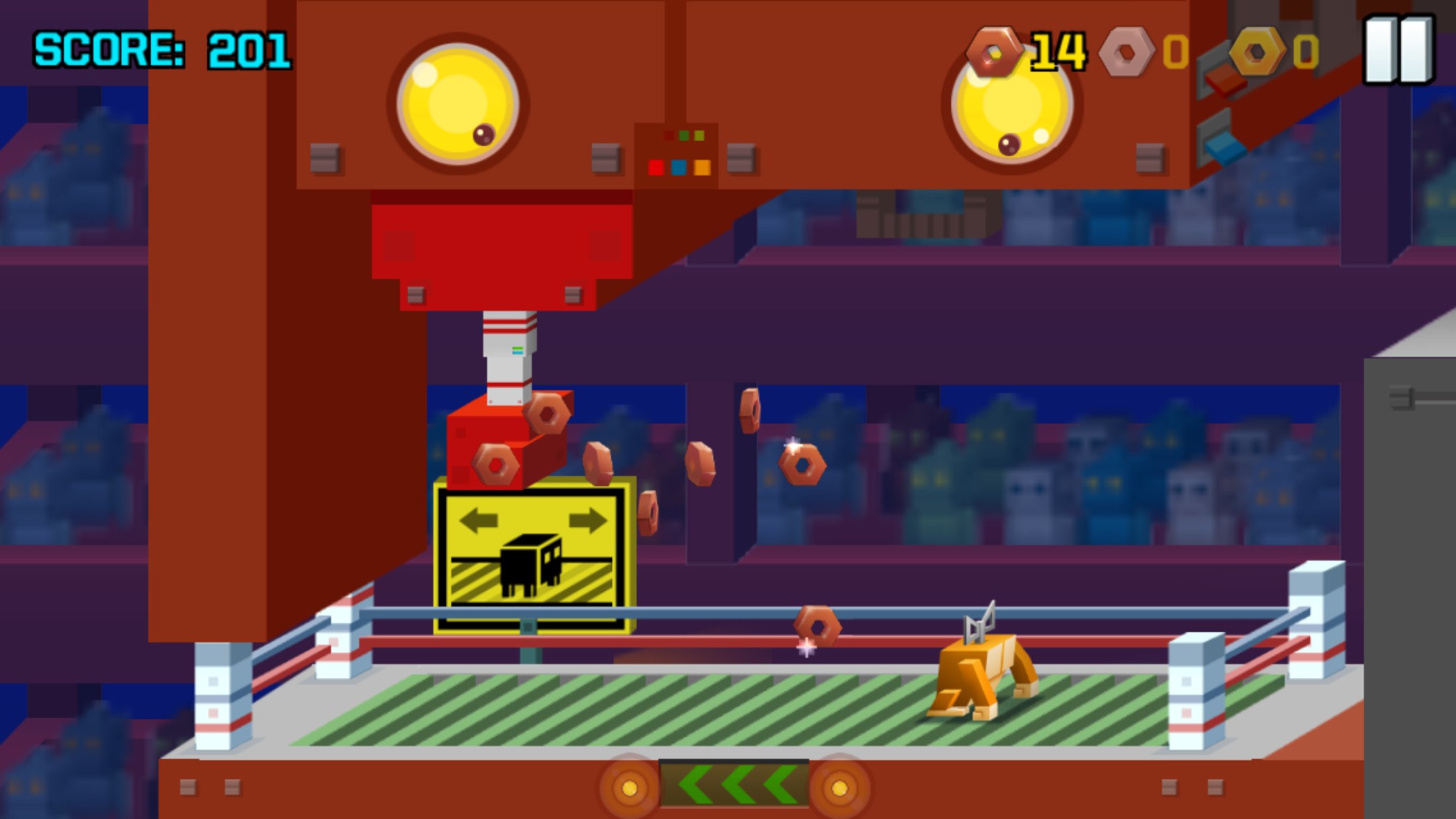 The joy of the game comes from its simplicity. Despite there being lots of challenges to face in a short time, none of them need you to use more than a finger. Tap to flap through a series of gooey sewer outlets, tap to send a minecart flying through the air, tap and press to swim through some jellyfish-infested water. After a few levels the game ups the difficulty. Where before you might only have had to dodge a single boxing-glove covered minion smasher, now you have to dodge two. Where before you were only avoiding electrified jellyfish, now you’re dealing with electrified octopuses too.

But you’ll push on, because you want to unlock the next room and you want to see what weird minion you’re going to end up with next. Will it be a cow that’s also a milk carton, or a shark that thinks it’s Bruce Lee? Maybe it’ll be a sheep wolf, whatever a sheep wolf is. 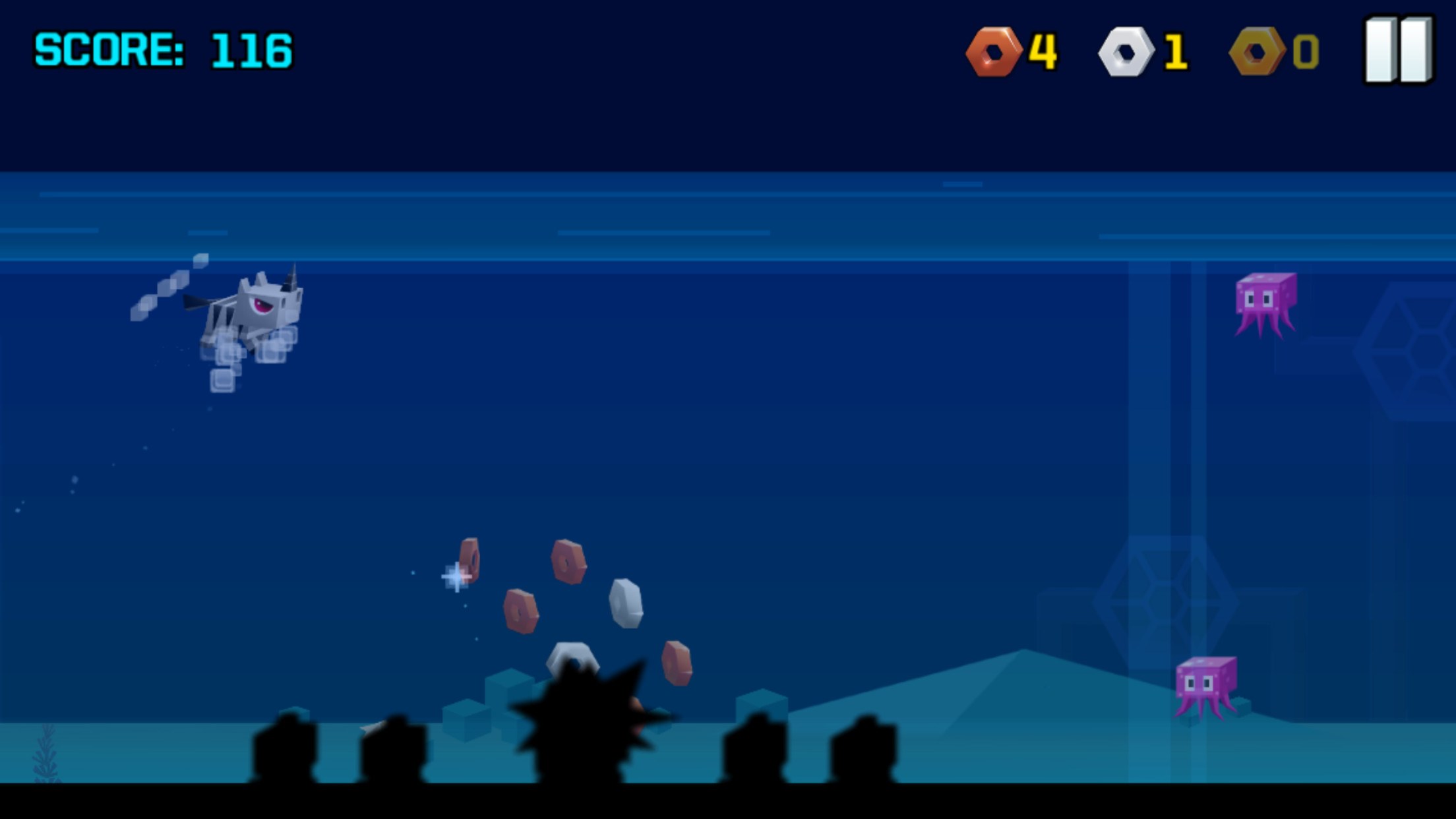 There’s always a push to see more, and the brief levels mean you never spend enough time doing the same thing over and over to get bored. Sure it isn’t a game with hidden depths or layers of meaning, but it’s a blunt object wielded expertly, and sometimes that’s all you want.

It might just be a collection of mini versions of games we’ve seen before, but Rooms of Doom adds something special and new to each of this tiny slices of fun. Then it cuddles everything up in a blanket of silliness that it’s almost impossible not to like. If anything this is just another game that proves that short blast, arcade-style games have found a wonderful new home on mobile. Pick it up, have a play, and you’ll be guaranteed to at least have a little smile on your face while you do.

Cruel Collections: The Any Wish Hotel Review: Business as Usual