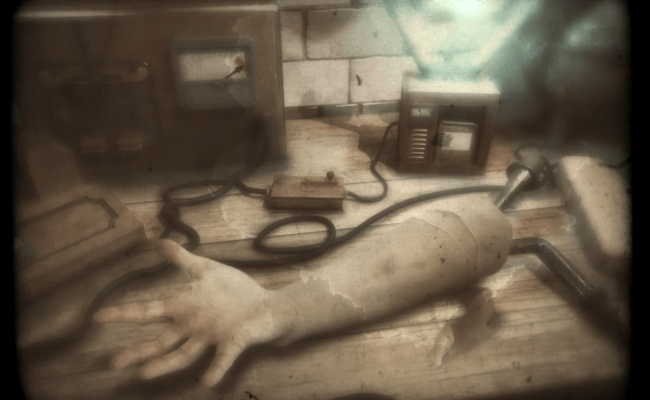 Kicking down the door

Moody, atmospheric lighting; overly intricate locks on hidden compartments; creepy whispers in the dark – this is The Room, all right. Actually, it’s The Room Two, but you’d be forgiven for mistaking them. There’s not much to differentiate Fireproof Games’ latest from its 2012 debut. That’s not entirely a bad thing, though. The Room was – and remains – one of the best mobile/tablet games of all time.

In that game and its sequel, you find yourself locked in a titular room. The original game was the world’s premier Hellraiser-puzzle-box simulator, and gave you a series of boxes with overly intricate puzzles to break your brain using the touch and gyroscope features mostly unique to smartphones and tablets. 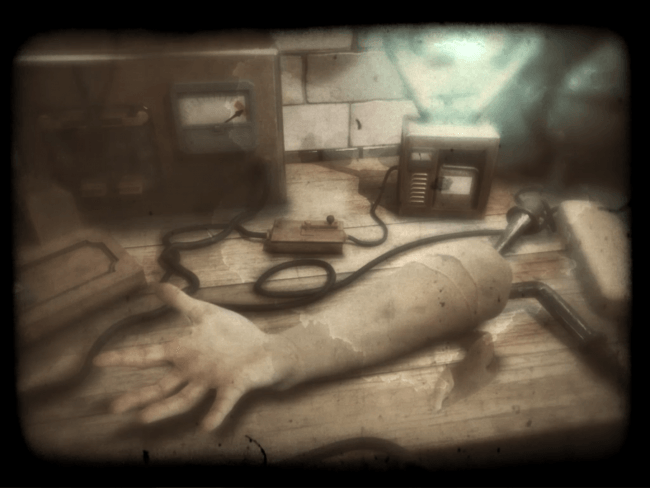 The Room Two approaches its moniker with more single-minded earnestness. Now, each room (broken up between six chapters) is its own, entire puzzle. That desk lamp in the corner might hold the secret transforming key to unlock that cabinet’s secret compartment. That compartment, meanwhile, only reveals itself after the player’s futzing with a series of mirrors set on tables throughout the room. That compartment holds the object that opens the trunk that etcetera, etcetera.

As adorable as the literalness is, I do miss the sense of manic obsession that came with the puzzle boxes. I was the master of my precious little object, exploring every nook, cranny, and sundry crevice to poke and prod until terrible secrets blossomed into endless puzzle after puzzle. There was no end, there was no final solution (at least it seemed) – only another step in my own, gloriously unhealthy fascination.

Where The Room constantly pulls inwards, The Room Two is all about getting out. Each chapter is actually divided into its own locked-room scenario which makes it larger in scope, but more traditionally “video game-ish.” There’s also a great deal of chuff in every room – set dressing that forces your obsessive compulsion to double-tap non-interactive background before convincing yourself that, yes, that bottle on the shelf really is all you need from this area. 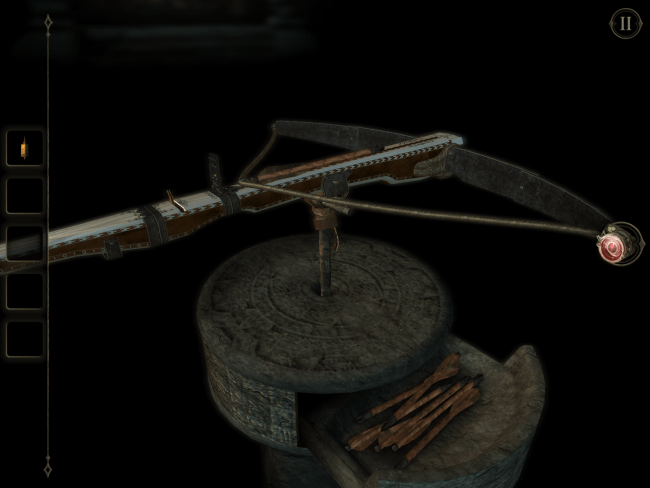 If the game actually featured red herrings in the environment, this might lend to a delicious sense of frustration – something to make you think you’re progressing your escape, only to pull you back from the brink of success every once in a while. As it stands, you just smear your greasy fingers over a bunch of hoarded junk like an idiot.

Making the game bigger, however, also makes the game feel longer, fuller, and more like its own package. While I’m all for lean gaming experiences, The Room was downright emaciated. The sequel engenders the same “please, just keep giving me more of this” feeling, but actually satisfies your desperate pleas.

That same sense of scale that makes the game feel bigger is unfortunately absent in the puzzles themselves. What really made the original game were those moments where the solution to a puzzle was completely unexpected. You might slide blocks and turn screws for minutes on end, only to realize the answer was to tilt your device and use the gyroscope all along. You had to think outside the box, as it were.

In place of those “aha!” moments, The Room Two has a disproportionate number of fairly obvious gold switches. In fact, if the solution isn’t that, it’s rotating something to match something else, or using an item so you can rotate it to match something else. Maybe I’m just familiar with the series’ tricks after playing the first game, but it was a rare moment when the solution wasn’t completely obvious. It’s a friendlier experience, but the game suffers for it. 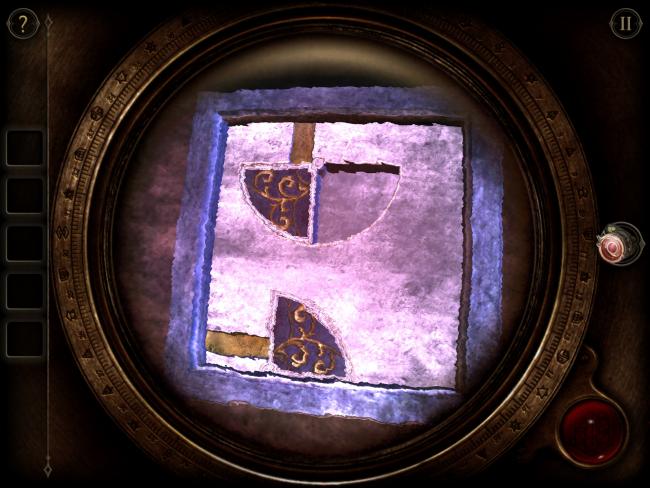 There’s a certain amount of baggage that comes with putting a “2” behind your game’s name (or a “two” in this case). One expects a refinement and expansion on what came before. In this, The Room Two isn’t very successful. From its ever-so-slightly over-simplified mechanics, to a story (especially the ending) that trades in the franchise’s more subtle Lovecraftian elements for the Hollywood version, it just doesn’t do its own name justice.

While it may seem unfair to judge a game on what its predecessor did, Fireproof Games brought it on themselves. They decided to trade on the name and success of the first installment. Even after all that, The Room Two is far from a bad game. It’s conservative where it should be adventurous and bombastic where it should be humble. However, it’s still very much The Room, and given that the first game was the very definition of “leaves you wanting more,” that’s very much a good thing.

There’s still nothing quite like The Room Two out there, and getting so much more of it on a relatively quick turnaround is like mobile gaming comfort food. However, if Fireproof reconstructs its own set of tricks for the sequels (and judging by the game’s closing moments, oh yes, there will be sequels) that comfort will fade.