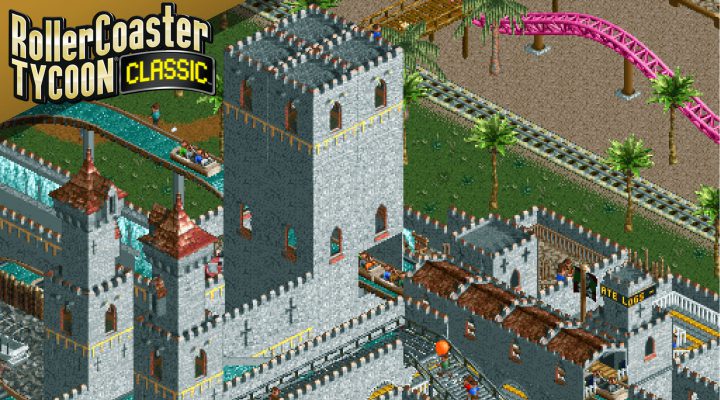 Touch controls work well for the most part.

Dozens of scenarios provide good bang for your gaming buck.

Could have used a few visual flourishes.

It’s not often that a mobile game reads like a mea cupla for an earlier title, but it’s hard not to think of RollerCoaster Tycoon Classic that way. Even the use of the word ‘Classic’ in its name hints at something else, something that was anything but.

That something was RollerCoaster Tycoon 4 Mobile, which Atari used to demonstrate that while it understood the landscape of free-to-play monetization of well-known IPs very well, it was shakier on what would make a great RollerCoaster Tycoon game for touchscreen devices. 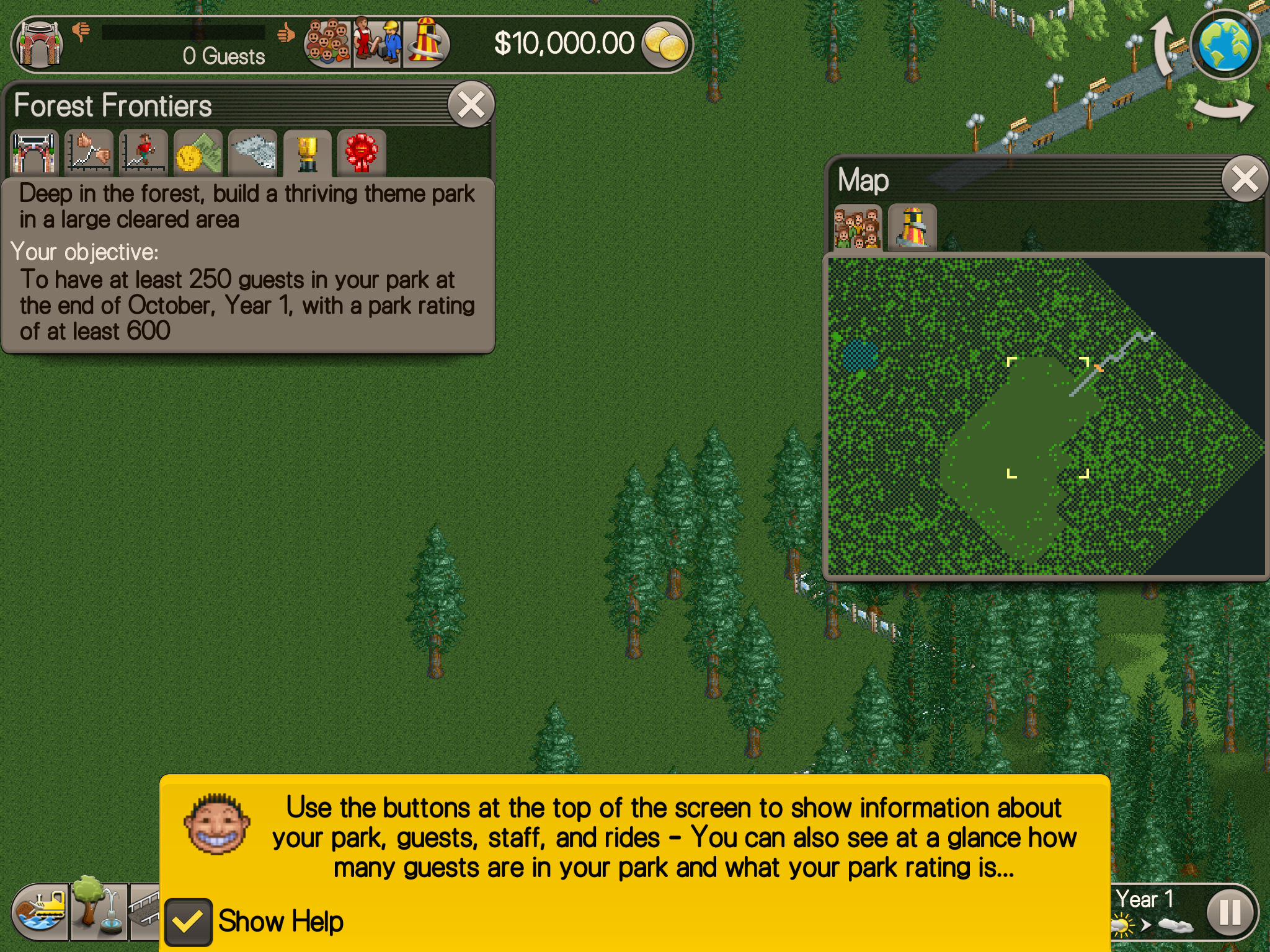 If you’re a gamer of a certain age, you already know what that entails. RCT Classic challenges you with dozens of scenarios that test your amusement park building and management skills. As the boss, it’s your job to construct the right mix of rides, food outlets and other amenities to keep guests happy while having revenue roll in. You also need to hire employees to keep your park clean, ensure angry guests don’t turn to vandalism and keep the rides inspected or fix them when they break.

Sims of this type tend to translate well to touchscreens, and this one is no exception. While a little bit more hand-holding for newcomers would be welcome, particularly when it comes to things like lowering and raising land, anyone who has previous experience with an RCT game will be building away in no time. It’s simple to zoom in and out, rotate the park and inspect just about anything with a simple tap or gesture. Designing longer rides from scratch is a tad trickier, and sometimes placing large pre-fabricated attractions is hard to do with precision, but those are minor annoyances at worst. 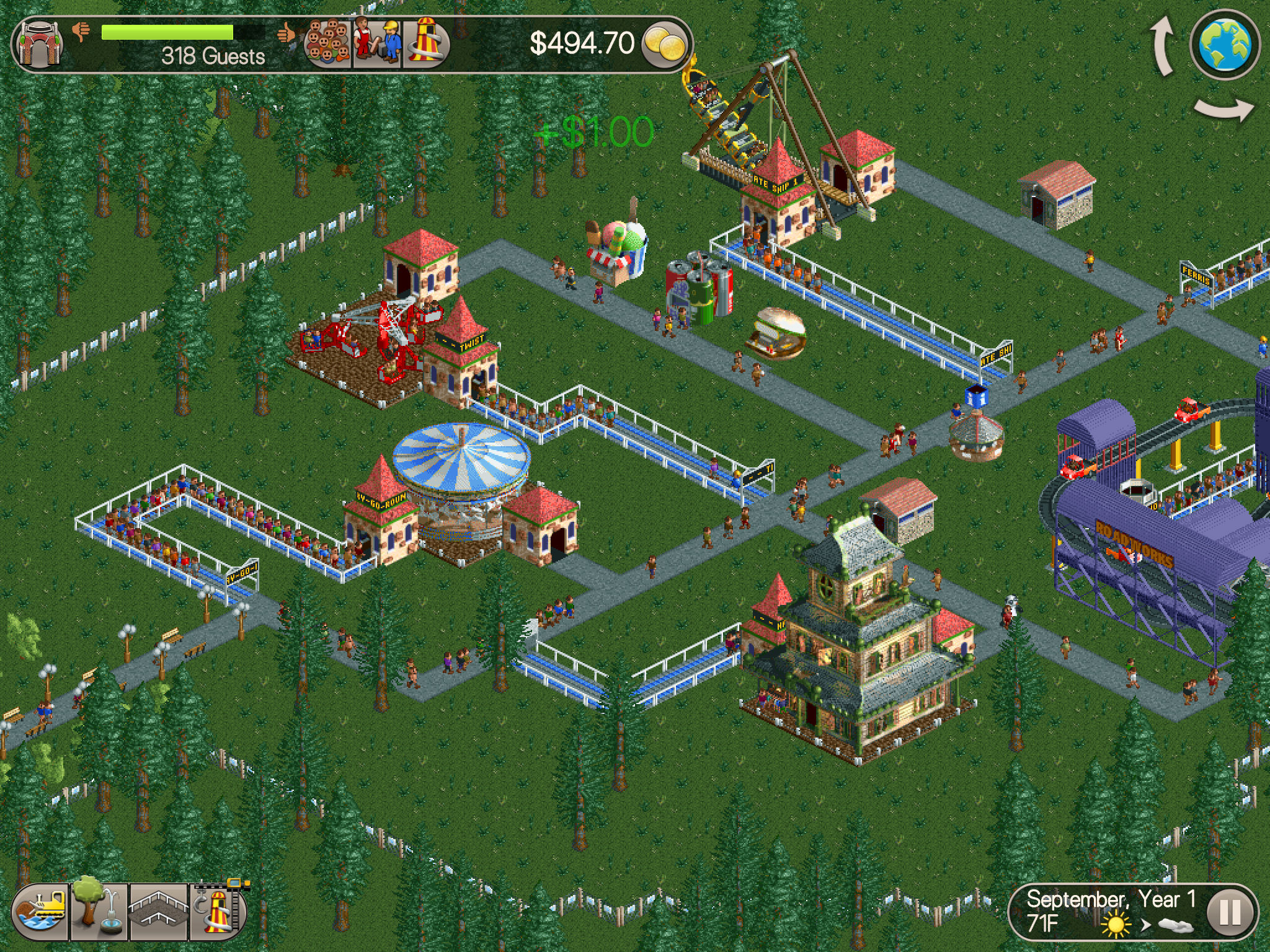 The graphics are just as you remember them, which is something of a mixed bag. On one hand, retro visuals continue to be popular. On the other, it’s fair to say that the RCT PC games were simply dealing with the constraints of their time, and expecting that what you see would be a tad nicer looking after a few decades (the original computer game came out in 1999) doesn’t seem like too much to ask. Upside: digital vomit from guests who got sick on your rides is still plenty pixelated and thus not that gross.

Avoiding in-app purchases was a real point of emphasis for Atari given its previous experience, and the only thing you’ll need to pay for after the initial download price are a pair of optional expansions and a scenario editor. They’re not necessary since successfully completing challenges helps you unlock even more, and there are almost 100 included in the base game. The lone component that feels lacking due to its absence is a true sandbox mode, where you could simply begin a park from scratch on a blank piece of land and let your imagination run wild.

One especially great part of RollerCoaster Tycoon Classic is how it can introduce younger gamers to the series, and indeed, both my kids were clamoring for some time with it over their holiday break. Think of it as something of a combination love letter to the originals and apology note for the series’ previous foray into mobile, one that proves successful on both fronts.