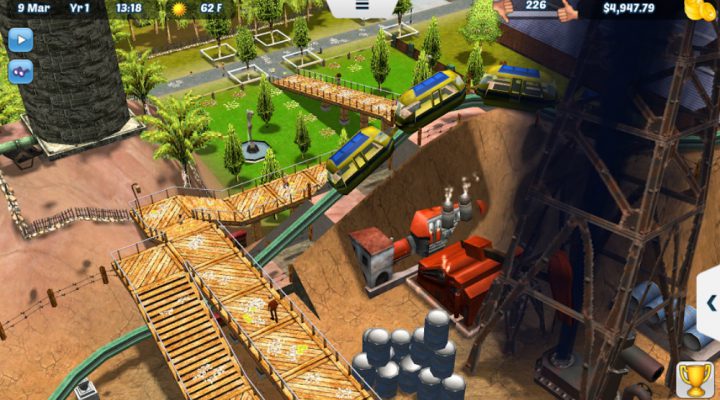 Plenty of ways to customize your park and rides.

Adding pathways can be incredibly frustrating.

There are a wealth of options and this can be a turnoff for some.

Out of the many tycoon-style games out there, Roller Coaster Tycoon is consistently one of the most fun. Aside from the fact that I grew up with the series, it’s just plain entertaining to be in charge of building and maintaining a theme park. You can create your own roller coasters, cater to your visitors and run a successful park that’ll rake in tons of cash, all from the comfort of home.

Roller Coaster Tycoon 3 was one of the greats when it made its PC debut, but given that it made a departure from 2D sprites to a total 3D look after two cult classic games, it became a divisive entry in the series. It’s still a fantastic game with tons of levels of customization, and what’s more, it’s completely devoid of free-to-play transactions. You pay a humble fee, and the game is completely opened up to you.

There’s a whole wealth of content here, and it’s most certainly a refreshing change from the nastiness of Roller Coaster Tycoon 4, a glaring misstep that fans are still trying their best to erase from their brains. 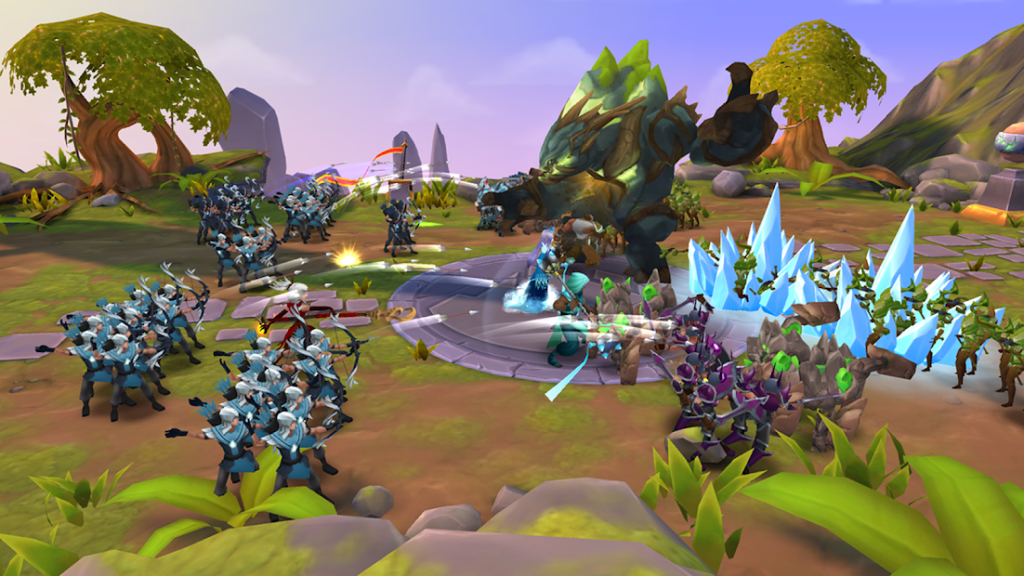 Roller Coaster Tycoon 3 has been lovingly ported to iOS with updated gameplay and graphics from the past two games, and this is largely the very same game you likely remember from its original debut on PC. In short, there’s a metric ton of content here, and plenty for you to play around with, especially if you’re the type of person who likes to mess about with his or her roller coasters or rides within the park.

With the tools you’re afforded here, you can build the theme park you’ve always wanted to visit. The hope is that it attracts the droves of guests who will ultimately determine whether you’ve done a great job or not, by supplying you with funds and their very precious opinions. You can’t pick them up and drop them into the water to drown them in this game like the original, either, so you have to keep them happy. Career mode finds you assuming the managerial role at theme parks that are either failing or lacking appeal. They need you to update them so they can flourish once again.

It’s a tough job, especially when you’re given a series of objectives to complete to do all of these, beginning with apprentice tasks and advancing all the way up to tycoon level. You may have to simply build new attractions or rides, or you may be asked to earn a certain amount of money. Some of the scenarios are very simple, but others will take an inordinate amount of time for you to tackle. Luckily, there are several options available to you in career mode so you’re not stuck with one park while you learn the ropes. The themed parks available to you here range from spooky Halloween to the Wild West to movie-inspired rides, along with a generic park. There’s even an option to build up a good water park that’s languishing. With 18 in total, there’s enough content in just those areas alone to make the game worth the entry price. 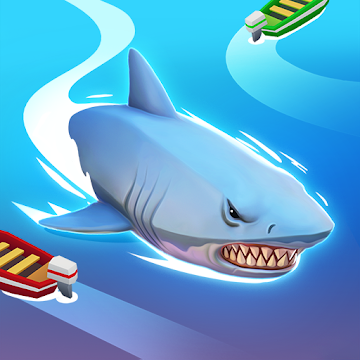 But if career mode isn’t your thing, you can always opt for the sandbox, which gives you an unlimited set of assets to build the theme park you’ve always imagined. You don’t have to worry about completing any objectives here or anything like that, so your only goal is to see how cool you can make your park. Building a ride is always satisfying, as is seeing how the people who visit your park feel about it, so even if you’re not playing for the completion of objectives, there’s still a thrill to building something from scratch.

There are some negatives hidden in the bushel of positives that come along with Roller Coaster Tycoon 3. The sheer amount of in-game options can absolutely scare off more casual players — of which there should be plenty, especially since Roller Coaster Tycoon 4 was aimed toward the casual crowd looking for bits of bite-sized gameplay. It can be daunting, especially if you dive right in without taking a look at the tutorial.

Some options are also frustrating to work with, even if you know exactly what you’re doing. For example, placing pathways is a bizarre practice that has you pressing a directional arrow instead of placing the path where you’d like to see it on the map of the park a la games like Cities: Skylines on the PC. It can slow down gameplay considerably, especially when you’re dealing with hilly terrain and unsure of the elevation you’re building on.

Still, these are smaller complaints in the grand scheme of things. Roller Coaster Tycoon 3 is a full-featured, often hilarious tycoon adventure that places you at the forefront of theme park and roller coaster construction, and if you’ve got a few bucks to throw down on it, it’s highly recommended that you do — especially if you come from a Roller Coaster Tycoon pedigree from your youth as I did.

The Sequence Review: Puzzle By Numbers