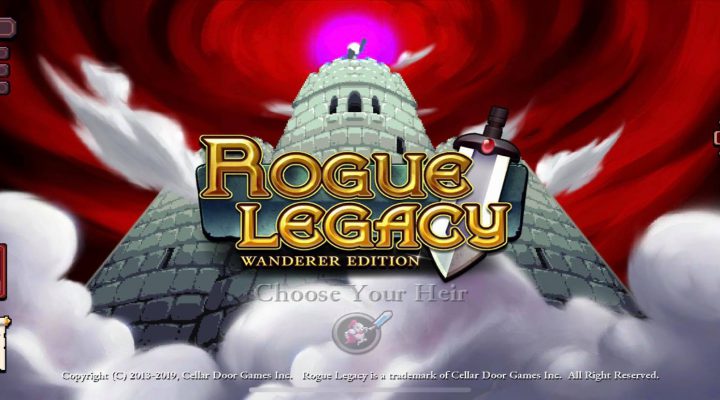 Lots of secrets and things to do

Worth whatever price you pay

I love roguelike games, there’s something about not knowing what will happen next that keeps me coming back for more. Games like Rogue Legacy can offer hours of fun and can make any long-distance journey bearable.

Is it a Good Port?

When reviewing a game that has been out on multiple platforms over the years, there is an important question it needs to answer. Has it survived the transition to mobile?

The answer to this question is not so straightforward, yes and also no. Yes because I have sat there playing Rogue Legacy on my mobile for hours, even though I have already completed it a couple of times on PS3 and PS4.

The reason I can’t say with 100% confidence that it survived the port is down to the controls. I have tried making the buttons bigger and more spaced out, but the eventual mistakes occur which can cost me my life. I think problems like this are inevitable because I can’t feel the edge of a button on touch screen, so it is easy to press two at once.

Do the controls take anything away from the game? Absolutely not. I will admit dying in situations that are pure accidents is annoying, but it is my fault. If I didn’t accidentally press too far to the right, then I wouldn’t have jumped into spikes.

Ok, now that I have gotten the one problem out of the way, I can confirm that Rogue Legacy is a brilliant mobile game. It allows players to pick up and play for a couple of minutes at a time and there is a constant goal to work towards.

Other genres of mobile games like Battle Royales and Auto Chess require too much time spent on one life than most roguelike games. Meaning you are far more likely to play Rogue Legacy on the go then Fortnite or Dota Underlords.

There is an end goal so to speak, a point to aim for, meaning you aren’t clearing out rooms forever. The aim of the game is to fight the individual who murdered your great-great-grandfather. To do so, you will need to clear out the bosses located in each of the four zones inside the castle.

To get near the end game, you will need a countless amount of attempts, learning the enemy’s attack patterns, upgrading your skills and crafting new loot. Not to mention unlocking new classes of heroes and upgrading their unique abilities, which changes how each of them plays.

To put it bluntly, Rogue Legacy sets a standard that other games should follow. There are things to do, secrets to find and no need to pay extra for silly skins or stupid dances. It is at its foremost, a game designed to entertain the user for hours on end.

No. Before any of you download Rogue Legacy looking for an easy game to kill time, I must warn you it is difficult. Not stupidly difficult like Archero, where players are forced into either paying a ton of money or grinding for months to progress.

It’s difficult to kill some bosses, defeat some enemies and navigate rooms without taking damage. But that is the point! Games like Rogue Legacy are meant for experienced gamers who want a challenge and do not want to pay for a solution.

I will admit, the problems with the controls mean navigating the harder areas are even more difficult, but that is something I have learnt to accept. You won’t be able to get that precision with touch screen controls, and when I connect an external controller the buttons are still visible. So by no means is Rogue Legacy a complete package, but I will still play it anyway.

If you are a casual gamer who doesn’t want a genuinely challenging mobile game, then please don’t download Rogue Legacy and leave a bad review. Accept that they design it to be hard and that it requires a lot of practice before you will get near completing it.