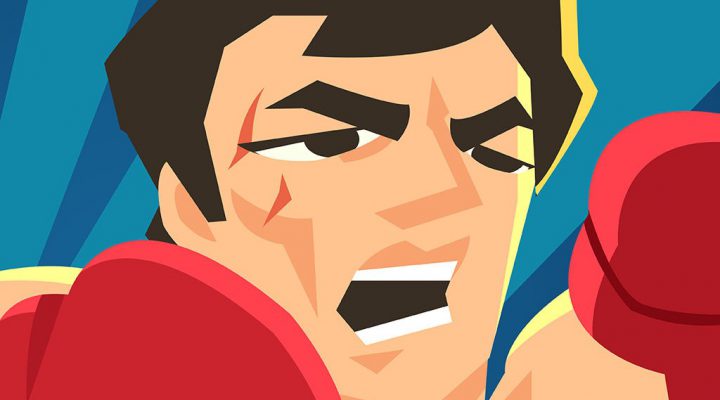 Gets a little repetitive.

Mechanics are a bit grindy.

Doesn't really capture the feeling of the movies.

There have been plenty of games since Rocky first debuted that have aped the moves of Sly’s punching fairytale. So it seems a little strange that 40 years after the original film, we’re just now getting to play a mobile version of Rocky’s life. Sort of.

While it does have some nice ideas, and an art style that sets it apart from a lot of games on the App Store, a lot of the experience just feels a little muddled and messy. And maybe not as interesting as it could, or rather should be. But there’s enough going on here that it’s still worth a look. Just be prepared to deal with some frustration, and more than a couple of sharp-edged difficulty spikes, to get to the good bits that Rocky has to offer. 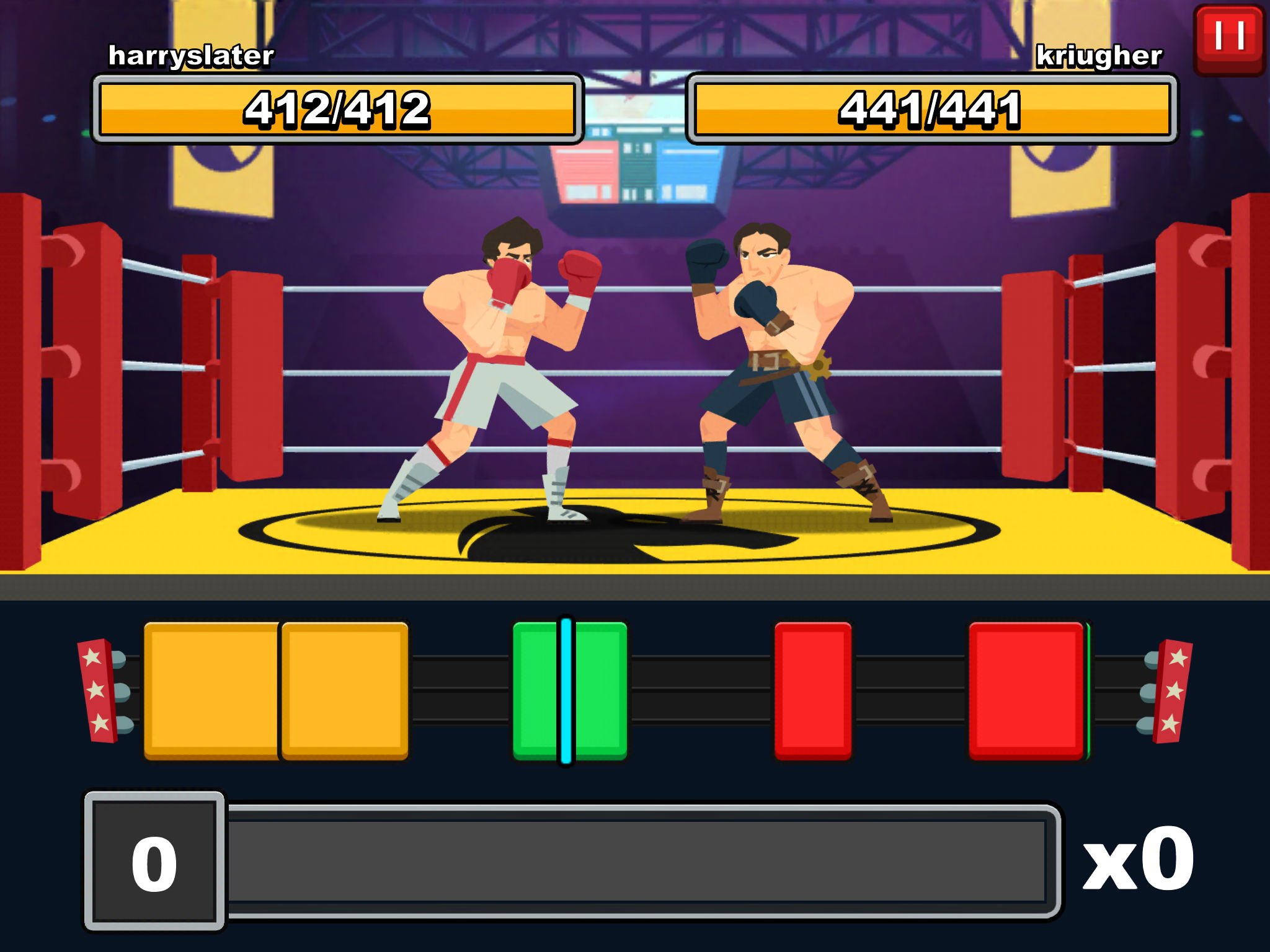 In a way, the game is like a squished down Punch Club, albeit without the humor and references that run through that game. Instead you’re just focusing on the training and the punching (and the grinding to get more boxers so you can repeat the same with them).

Oddly enough for this sort of game, it’s the fighting that’s actually the most interesting part of the experience. Mainly because it does something that — unless you’ve played the developer’s earlier Combo Quest games — you’re unlikely to have ever seen before.

Rather than tapping buttons or laying down cards, there’s a bar along the bottom of the screen. There are different colored blobs moving along the bar. Some of them represent your punches, others represent your opponent’s punches.

As well as the shapes, there’s a sort of cursor moving left and right along the bar. You need to tap when the cursor is over one of your punches to swing a fist, and when it’s over a red marker to block an incoming punch. There are bonuses on some of the squares, too.

The people you’re fighting are real players, although the fights aren’t synchronous. Instead you’re fighting against the numbers that they’ve trained their fighter to reach. There are bosses too, like Apollo Creed and some of the other opponents that Rocky fought in the films.

You’re also doing up your gym, hiring new fighters, and generally pushing all of the numbers in an upwards direction. You’ll need to earn cash, pick up new cards and chests, and train your scrappers by spending the various bits of currency that you pick as you smash people’s faces in. 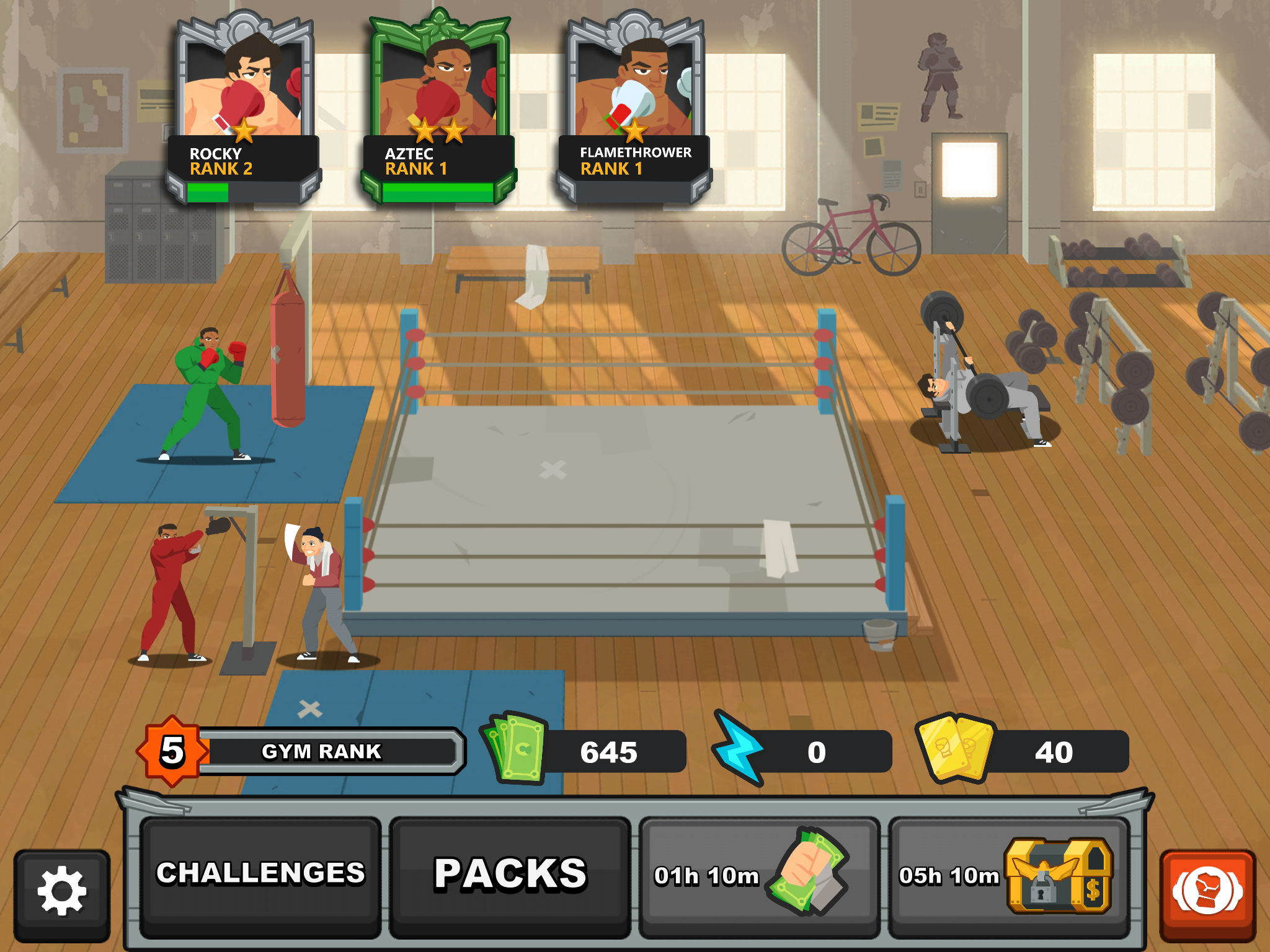 The game pretty quickly sets into its own rhythm — and it doesn’t take very long for that rhythm to start to grate. While the fighting is fun, sometimes you don’t feel like the inputs you’re making are really making any difference to how the fight is playing out. And that’s a shame, because it’s a really smart system. It feels like there’s the potential for a really interesting game bubbling just under some of the choices that Rocky makes. But it pushes you away from them at almost every opportunity, and you end up wishing things had been different.

So no, this isn’t Rocky IV, which as everyone knows is the best Rocky film. But it’s not Rocky V either, which everyone knows is the worst. It’s sort of somewhere between Rocky II and III. So like… Rocky II.V. There’s fun to be had here, just don’t expect it to be the sort of fun that you’re going to come back to time and time again.

Amateur Surgeon 4 Review: The Gloves Are Off