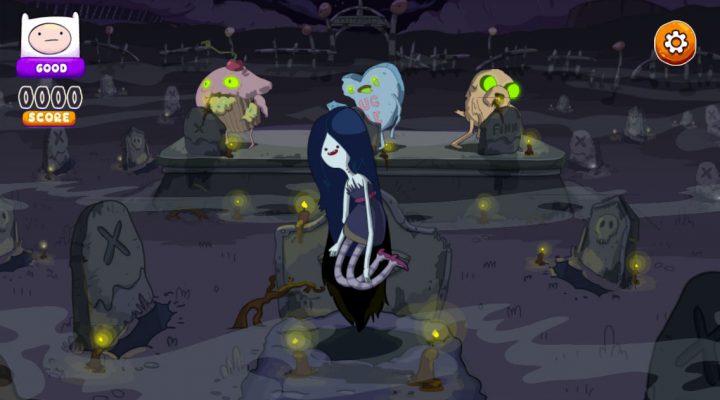 Doesn't use the show's music or voices.

Adventure Time is well-loved for its colorful characters, crazy sense of humor, and its bizarre but compelling mix of themes. Who knew nuclear war and candy fit together so well?

Its songs aren’t exactly yawners, either. Far from the empty, sugary slop that fills out lesser kids’ shows, Adventure Time’s musical numbers range from the playful “Good Little Girl” to  the heartbreaking “I Remember You” to the eerie “Lemonhope.”

A music game based on Adventure Time’s library would be totally math, but that’s not where Cartoon Network goes with Rockstars of Ooo. Instead, this rhythm puzzler goes the route of the Rhythm Heaven games and has you react to cues, Simon-style. 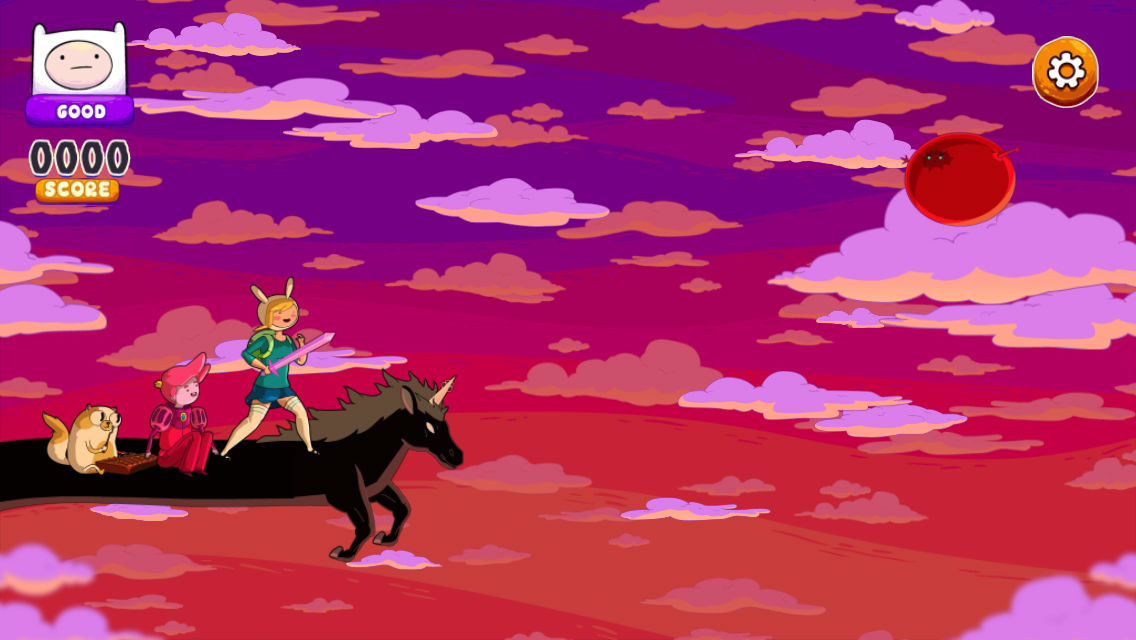 That’s fine, in practice. Overall, Rockstars of Ooo is a cute, fun game (if a bit short), and the beats formulated for it are catchy enough. But there’s a great deal of wasted potential here.

“Wasted potential” seems to be par for the course as far as Adventure Time games are concerned, alas.

There are six stages in Rockstars of Ooo, each of which is based on an episode of the show (but, again, doesn’t utilize that episode’s music or even its voice acting). One stage out of the sextet features Finn and Jake’s gender-swapped compatriots, Fionna and Cake.

The beginning of each stage runs you through a tutorial that lacks any noticeable wit, humor, or charm. The actions you perform vary from level to level. In “Belly of the Beast,” you mimic tunes sung by the Party Bears. In “BMO Noire,” you react according to BMO’s cues. In “Wizard Battle,” you tap the screen when a visual cursor reaches a vital point. And so on.

When you’re done, your performance is graded. Needless to say, if you muck up a lot, you get a failing grade (and a hilariously judgmental staredown from Jake). If you pass with a “C” or better, you can move on to the next tier of that particular stage, which moves more quickly.

Though the thud-thuds that drive Rockstars of Ooo are fun to interact with, the action gets a little too fast by the time you hit tier five in any stage. Part of the problem is that the game stops adhering to any sort of sensible rhythm, which makes “flowing along” kind of difficult. 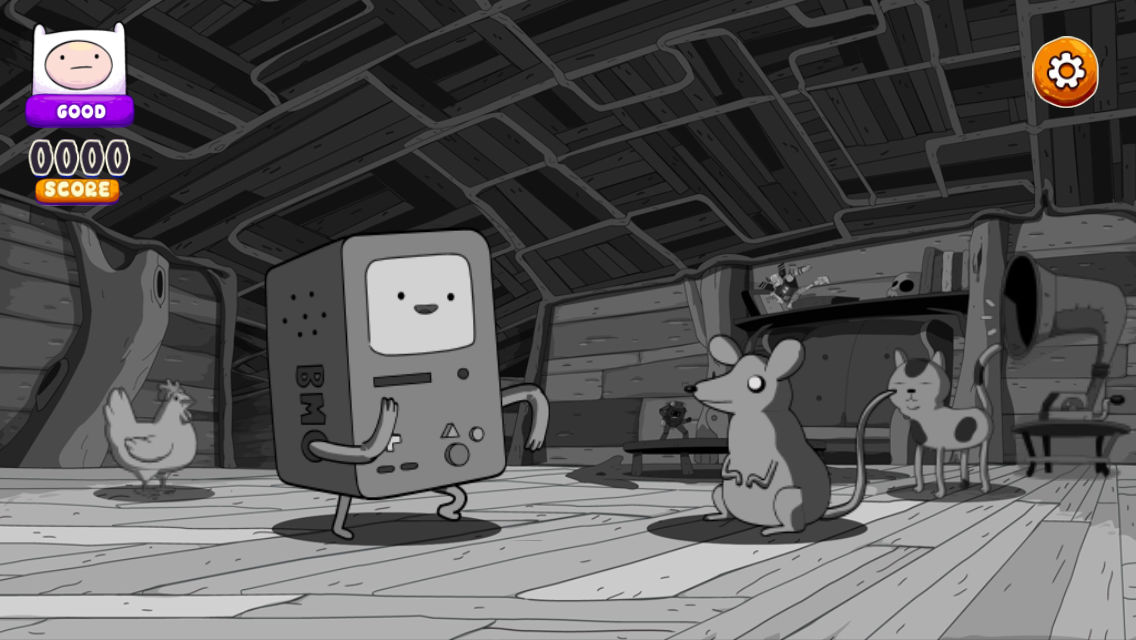 Perseverance and practice will see you through, but mopping up Rockstars of Ooo shouldn’t take too long. Hopefully we’ll see more stages with future updates.

Rockstars of Ooo is good enough, but Adventure Time games shouldn’t just be “good enough” — especially a music game based around a show that’s so well-known for its tunes. But if you’re not as obsessive about Adventure Time as I am, and you’re just in the market for a decent mobile rhythm games with cute and colorful graphics, this one doesn’t bite.

I still believe the world would be a better place if we had the opportunity to tap along with a Bacon Pancakes remix, though.