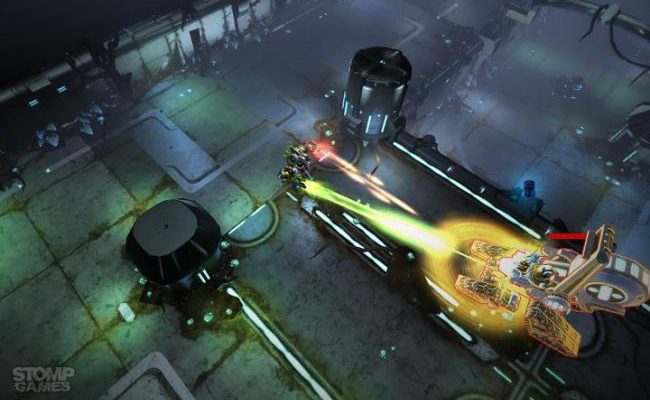 It’s like Diablo with robots… in your browser… for free.

Chances are that if I told you there was a game that played like a sci-fi version of Diablo but was free on Facebook, you’d blow me off with a sarcastic quip about your flying horse. As it turns out, you’d better tell Pegasus to saddle up, because Robot Rising from Stomp Games is that game, and it’s so good that it might shake up your notions about what’s possible inside a web browser.

Robot Rising puts you in charge of a high tech manufacturing and repair facility sometime after a Terminator-esque mechanical apocalypse. Though the robots have won, a “genesis event” has brought online a friendly AI who would like you to help her start fighting back. Doing that means acquiring more resources to upgrade the intrepid combat bot you start out with, and that entails teleporting into the robot complexes and taking them by force.

I didn’t come up with the Diablo comparison myself, but it’s obvious once you see the similar perspective and realize that this is an action-RPG dungeon crawler, albeit with a futuristic twist. Guiding your robot from the entry portal to the exit is easy enough, as the path is clearly marked. But to make sure you obtain the highest quantities of the game’s three resources (Alloys, Polymers and Conductors), you’ll have to venture off the path and explore every room. Expect quite a bit of robotic resistance when you do. 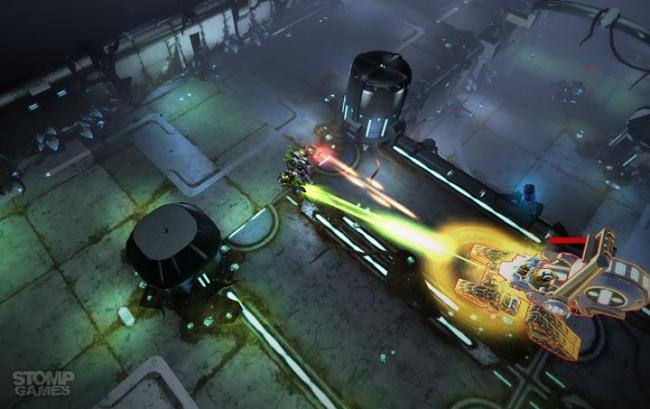 The controls work smoothly even when the combat gets hairy. A simple click moves your robot, while clicking on targets will fire weapons as long as the target is in range. Consumables like healing packs (an absolute necessity), grenades and temporary boosts are mapped to the 1-5 keys, and weapons with alternate firing modes have those abilities mapped to the letters just below. The enemy AI isn’t brilliant, but it does keep you on your toes by throwing robots with different kinds of attack at you: melee, ranged, AOE, you name it.

Loot is also a big part of the fun, and there is plenty to go around. Your robot can get upgrades for its armor, mobility unit, and eventually, for its CPU and sensors. Mostly, though, it can get guns, or as Neo might say, “lots of guns.” There are ballistic and laser weapons, flamethrowers and rocket launchers, just to name a few, and finding the right balance between range, damage and special effects is largely a matter of personal preference. Anyone like me who grew up with BattleTech is sure to enjoy tinkering to find the perfect mix. The capacity of each robot tells you how much weight it can carry before you’ll have to think about making some choices. 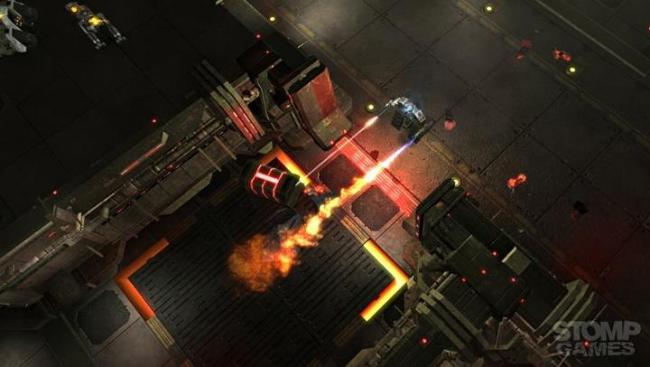 Speaking of decisions, Robot Rising gives you an interesting one when your bot is destroyed. You can return to base for free, but you’ll forfeit any resources you gathered during that run. The other option is to spend the game’s premium currency, Robobucks, to resurrect at full health on the spot. When you do make it to the end of a level, you’ll usually have the option to head home or press on to a tougher section of the complex. That’s assuming you have enough Energy, which powers your teleporter and recharges slowly over time. The trappings of a Facebook game are here, but they’re used in a way that isn’t quite as bothersome.

On the presentation side, stunning isn’t too strong a word to describe the game’s graphics, which are rendered by the Unity Engine. There are lighting effects and impressive textures in the 3D complexes, and the visuals simply blow away most Facebook games. If you maximize the screen and show it to a friend without telling him it’s a browser-based game, he’d never have guessed. The audio is pretty good too, as you can sometimes hear enemies scurrying around before you can see them. 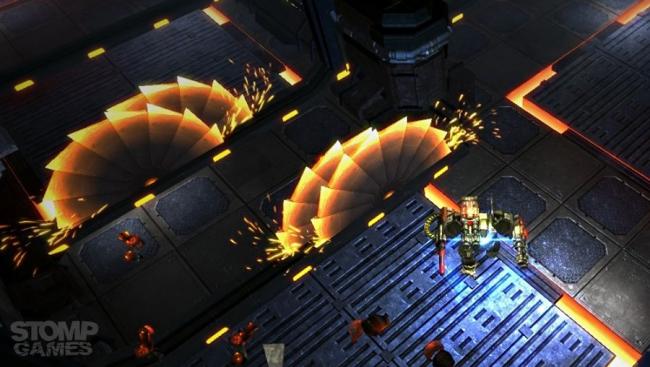 I haven’t even touched on the gameplay mechanics back at your base, where you can construct research facilities to craft your own gear. And there’s a story behind all of this too, though it’s unveiled piece by piece through snippets of emails and recordings that you can find in the enemy complexes. That’s almost a bonus in a game like this, but it will no doubt matter to some players.

Stomp Games has ambitious plans for down the road, said to include multiplayer modes, an auction house and more. Right now the lone social feature is adding friends to send and receive crafting components, which might be the game’s lone knock.

I hesitate to use the phrase “game changer,” simply because it’s been beaten down by overuse. Let’s just say that Robot Rising is an impressive achievement, the kind that catches you off guard because it’s so good and so much fun. The only bad part? We may be forced to expect more from our Facebook games from here on out.