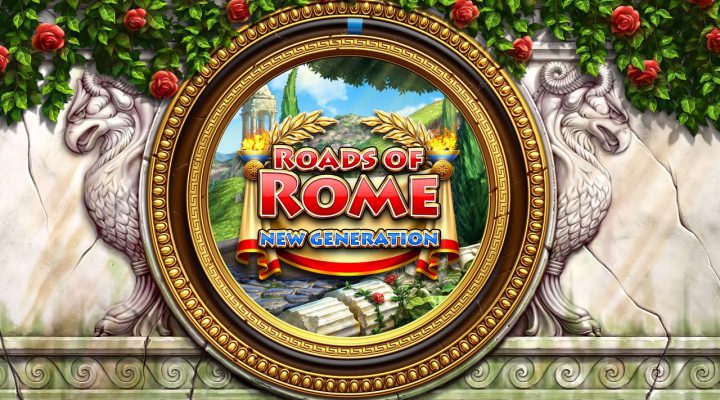 Following a devastating earthquake and tidal wave, the vast Roman Empire lay in ruins. Farms, roads, mills, and small towns across the Roman Empire all need essential repairs to get everything back into working order so the wheels of the Empire’s economy can begin turning once more. As Roman hero Marcus Victorious, players must trek across the country, repairing whatever each village needs. It’s up to players to get the job done, and in Roads of Rome: New Generation that job is not an easy one.

The recovery effort faces two large problems: manpower and resource shortages. With only a handful of workers, players must accomplish quite a great deal of work in one day, which equates to about ten minutes in-game. Resources need to be gathered locally, so in order to repair a bridge, for example, players need to chop down some trees along the riverbank and use that wood for repairs. 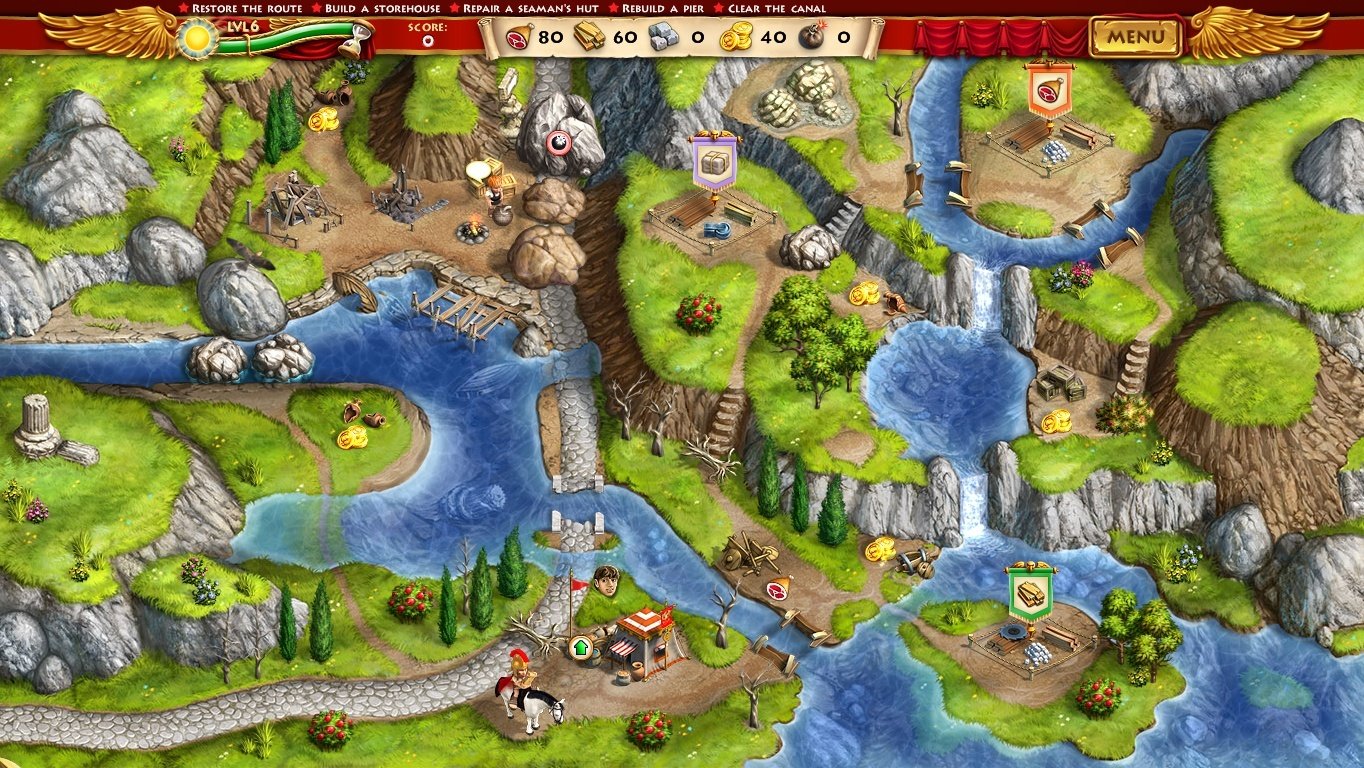 Players must guide the workers every step of the way. Click any resource to send an available worker to collect it, after a few moments of harvesting the resource, the worker automatically returns to the headquarters to await their next order. The sun is quickly setting and if all the prescribed tasks are not completed by nightfall, players fail the level and must restart it from the beginning. This created a good deal of tension, and worked to keep my focus razor sharp.

Roads of Rome: New Generation had me considering every click. The workers trot around the roadways (once cleared of debris) at inhumane speeds, so it keeps the game moving at a pace that felt more akin to a real-time strategy game like Starcraft rather than a traditional time management game — a difference which I was incredibly okay with. 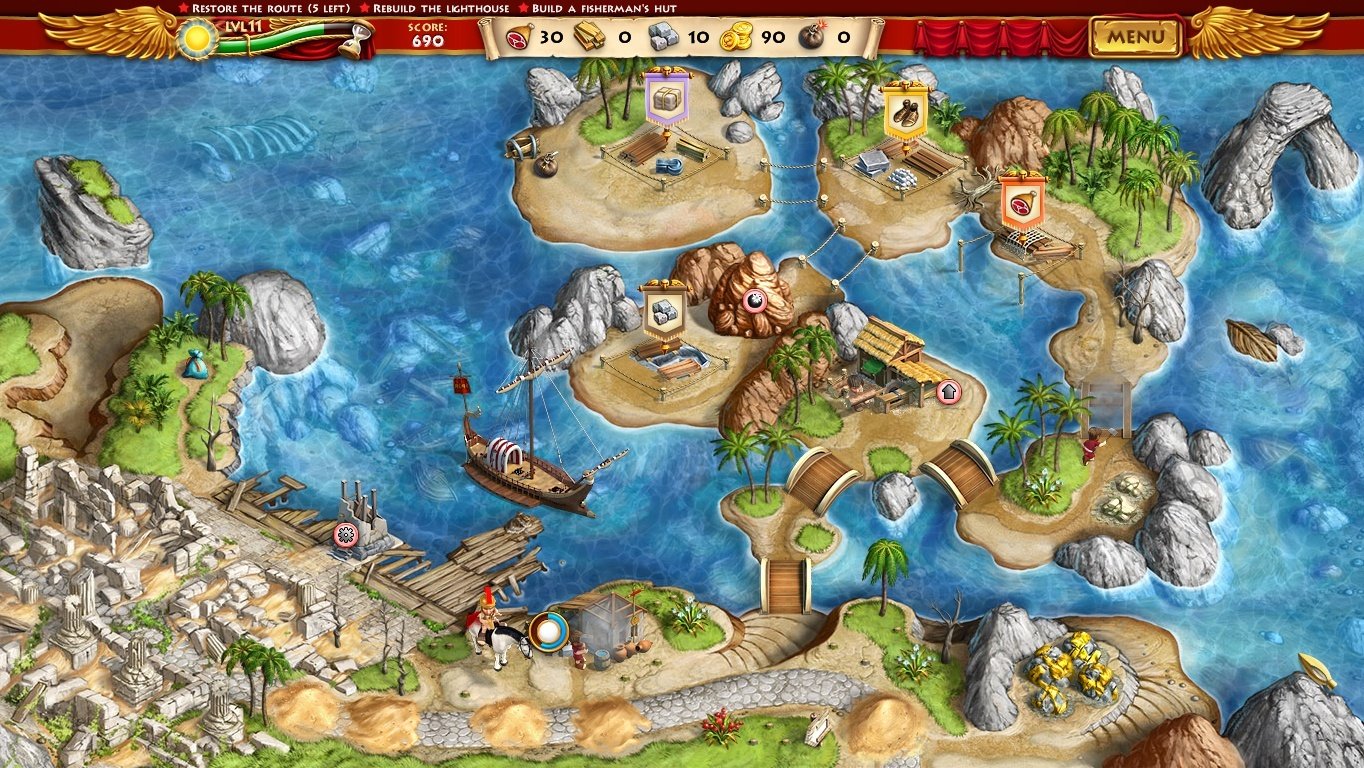 The fast-paced nature of Roads of Rome: New Generation was very appealing to me, and I found myself playing the game for far longer than I intended to the first time I tried it. I was pleasantly surprised at how each level offered me new challenges, but didn’t take great leaps forward in difficulty.

Where one level introduced me to the mechanic of planting bombs at large boulders to clear them out, the next level introduced the concept of buying bombs from a merchant which required me to gather additional resources to pay the merchant. The difficulty curve Roads of Rome: New Generation’s levels followed never left me frustrated, nor did it leave me bored. 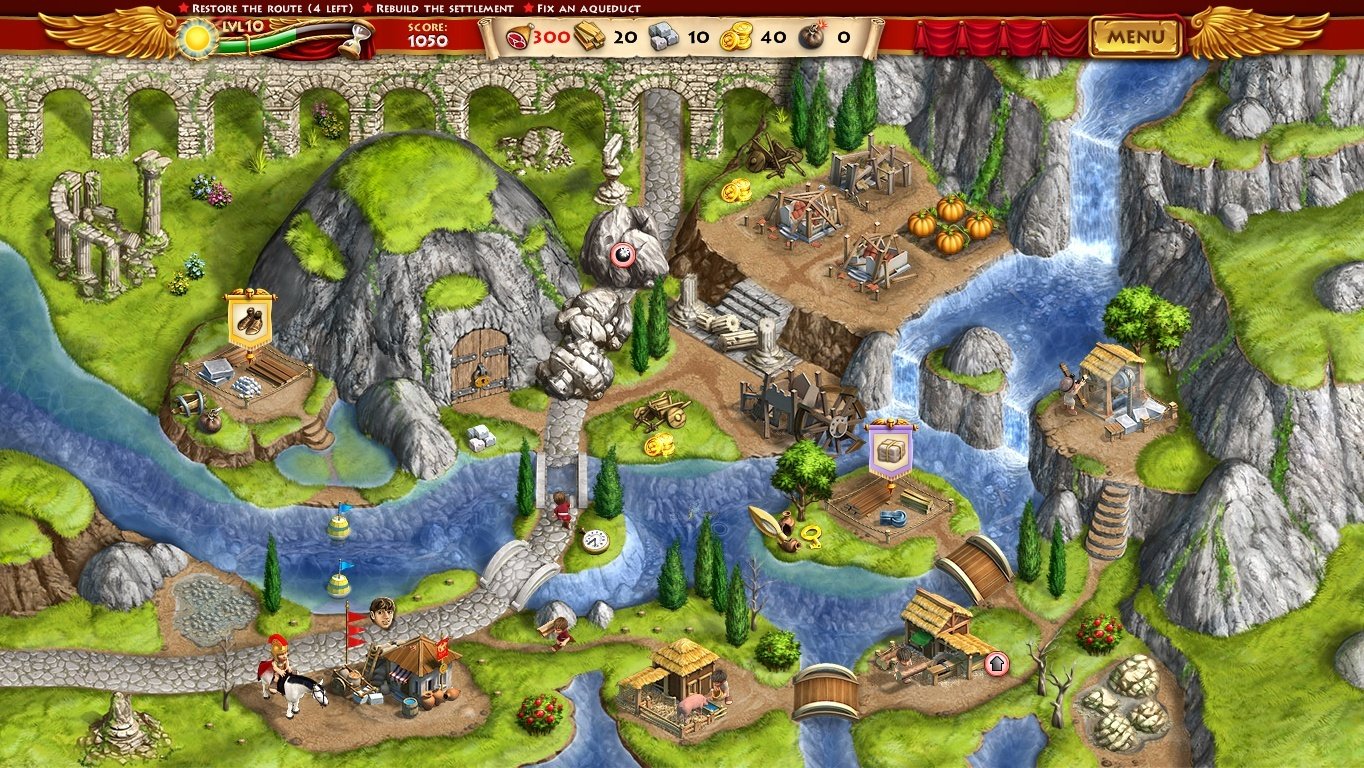 Because of the race-against-the-clock that each level utilizes, Roads of Rome: New Generation isn’t the kind of game that I’d describe as relaxing. Many time-management games are slower and more relaxed by comparison, but in Roads of Rome players will need to hit the ground running if they want to complete each level on time. This is in no way a negative aspect, but it’s just one to be aware of if you’re looking for something with a slower pace.

My only issue with the game is that its visuals feel a bit outdated. Roads of Rome: New Generation’s user-interface and visual design make it look like it came out a decade ago. Apart from the workers moving about, a few environmental objects, and sparkles showing available resources, the graphics are largely static images. This makes it easier to run on older computers, but it certainly doesn’t make it easier to look at. Thankfully, because the game required my intense attention directing the workers around, I was largely too busy to worry about how the game looked anyway.

Roads of Rome is a franchise that’s been around for awhile, but a little graphical update for the titular “new generation” would not hurt the game one bit.

Roads of Rome: New Generation is a great strategy game that keeps players focused on the objectives at hand without being overbearing or boring. Each level is an exciting sprint through a laundry list of tasks that require a good deal of strategic decision-making to complete. This is an easy recommendation to make for anyone who enjoys exciting real time strategy games.

Fantasy Mosaics 14 Review: One Square at a Time