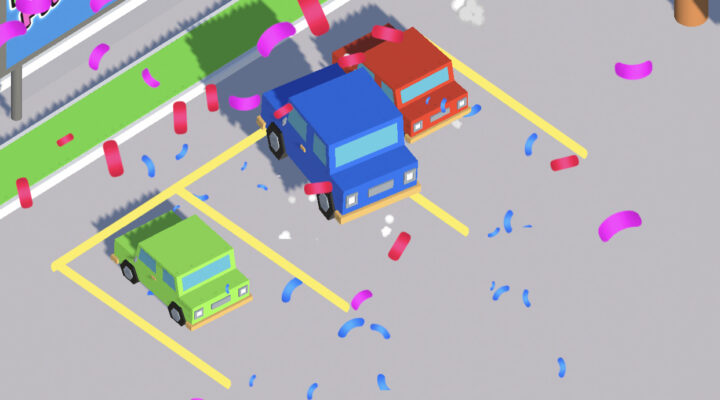 Easy to pick up and get stuck in

Gets better as you play

Lacks a bit of depth

Too simple for some puzzle-heads

Road Rewind is one of those puzzlers that starts off so simple you’re pretty sure you must be missing something. But as you progress through its nibble-sized levels, it blossoms into a pretty intelligent and engaging experience that’s perfect for some short-burst, time-filling gaming fun.

The game sees you driving a series of cars. They move along predetermined lines when you push your finger on the screen and stop when you lift it. And the first car you move will happily roll to where it needs to get to with little or no problems. It’s the second, and the third, and the ones after that where things get tricky.

That’s because the game rewinds the clock – as you move the second car, the first one is travelling along in the same manner you originally told it to. Later cars have to stop and wait, pausing to let other cars pass, otherwise there’s going to be a pretty bad crash.

You have to deal with other things as well. There are roundabouts, lane-changes, barriers that open and close and loads more. And you need to remember the timing of the stops and start of the other cars to make sure you’re not going to cause a massive pile-up.

Road Rewind isn’t going to make you think in new ways or make anyone’s game of the year lists, but if you’re looking for something that’s going to fit into a few minutes of downtime, this car-based puzzler could well do you just fine.