Home / Reviews / Road Not Taken Review: Lost in the Woods

Road Not Taken Review: Lost in the Woods 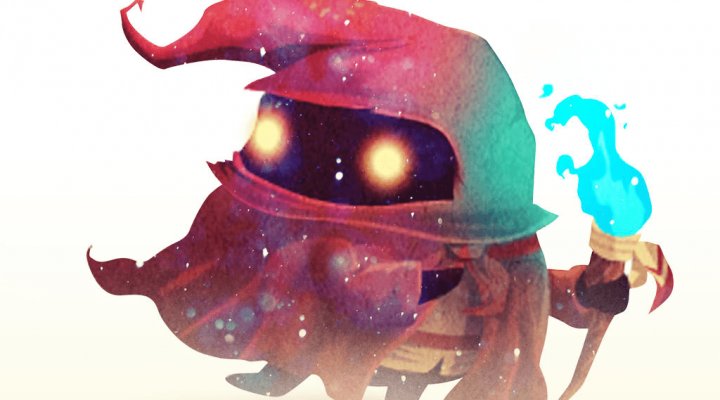 A steady sense of progression

Difficulty spikes a bit too dramatically

Swipes and taps get mixed up too often

The cutesy visuals might be a tad misleading, but make no mistake — Road Not Taken is pretty darned grim. You play the part of a magical ranger searching through the woods after a massive snowstorm in search of lost children. Several lives hang in the balance every time you play, making this puzzle game a surprisingly tense experience.

Road Not Taken’s clever conceit is the ranger’s ability to levitate objects, people, and animals. This allows you to pick stuff up, carry it around if need be, and toss it if you so desire. It sounds simple enough, but the interplay of all these different objects — and the fact that they continue to take up physical space when lifted — can make things incredibly tricky (in a good way). 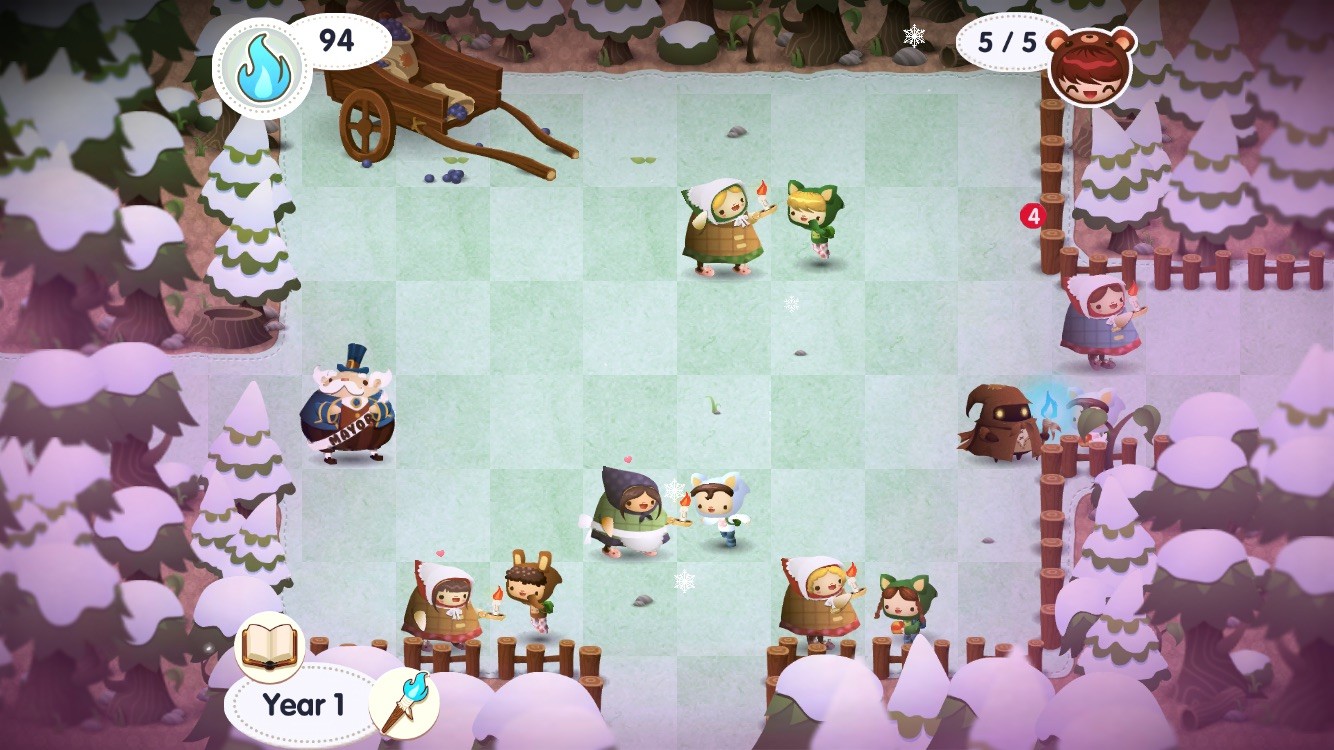 You’ll need to group specific objects together in order to unlock the path to the next area, but that’s often easier said than done. Carrying something for too long will start to deplete your energy, while grabbing an object will also grab anything else that’s next to you – meaning a one-tile ranger can suddenly take up five (in a t shape) if you end up in an awkward spot. On top of this, certain objects being placed next to each other in different quantities can create entirely new things. For example, tossing a red spirit at a rabbit (or vice-versa) will create a flesh-hungry Daemon Bunnae that will run around eating other living creatures (any living creatures, really) and coughing up money.

It makes for a very clever and rewarding series of randomly-generated puzzles. The only problem is that this can lead to a pretty big spike in difficulty after a couple of years (i.e. rounds) pass. Suddenly things go from tricky to obnoxious and frustrating. It’s still plenty satisfying to bring all of the children home safe, but it does start to feel like a chore at times. This is made even more frustrating when the controls keep mistaking a swipe for a tap. Most of the time it’s not a huge problem, but when you’re in the middle of a crowded area, the last thing you want to do is accidentally pick up everything around you. The only way to put anything down is to toss it, which means mistakenly grabbing anything may end up forcing you to chuck it away – ruining carefully planned moves in an instant. 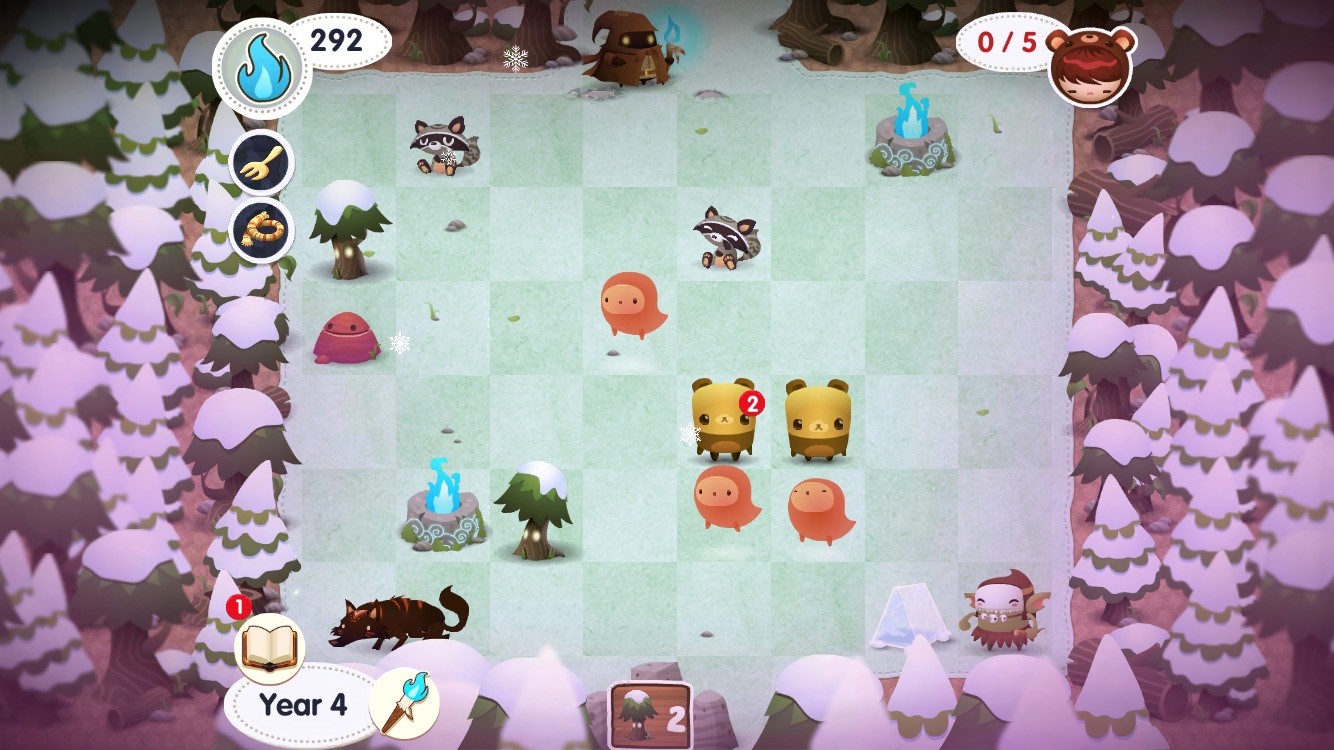 Thankfully there’s a pretty forgiving system of progression to everything as well. If you collapse while searching the forest, you’ll be taken back your home in the village. Then you can try the year again, keeping anything might have unlocked along the way. And if you ever get stuck while wandering the woods, you can always use your magic staff to warp back to the entrance.

I can definitely see why Road Not Taken has endeared itself to so many people. It’s stylish, cute, somewhat dark and serious, clever, challenging, and very rewarding when you manage to rescue everyone in a year. It’s just a shame that the control hiccups and difficulty spikes tend to get in the way of all the good stuff. If you’re a fan of puzzle games, it’s still very much worth checking out despite these occasional frustrations.

Delicious Emily’s Message in a Bottle Review: Warm and Fuzzy