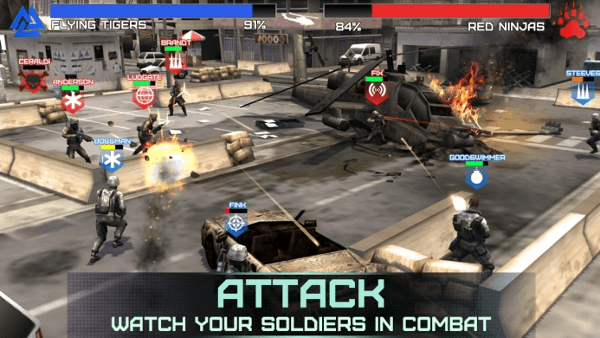 Because “Big Win Warfare” Would Seem a Bit Tacky.

The industry is full of modern military shooters of both the first and third-person variety. With so many choices available it can be hard, even for an iOS title, to stand out but turning a military shooter into a collectible card game is certainly one way to go about it. Rivals at War is essentially like playing a Big Win Sports game with guns instead of goals, which turns out to be a fantastic combination.

Players begin their Rivals at War campaign with a brief tutorial designed to get them up to speed and put them in charge of a decent starter team of soldiers. Anyone who’s previously messed around with Hothead’s other card-based titles knows the drill, but for the unfamiliar it works like this: it all boils down to the cards. Cash earned from each mission can be used to buy more card packs and acquire more cards, while utilizing better cards earned through card packs can give players more of a fighting chance. Soldiers themselves are represented as cards and each has their own class (Commander, Radioman, Medic, Breacher, Saw Gunner, and Sniper) and stats to consider when putting a team together. In addition, many of these soldier’s stats can be enhanced using special skill cards to boost their health, damage, and so on.

Each of the four available mission types is essentially a “go here and hold this position” style scenario with two teams competing for control. Whichever team holds the control point long enough wins the match, then experience and coins are divvied out before the process begins anew. The process is entirely automated, however, so the only real influence a player can have on the outcome is to craft a well-balanced team and supply a few helpful Tactics cards to increase their odds of success.

Some might take issue with the hands-off approach to the gameplay but I personally really enjoy it. Rivals at War is a card game, after all. And since the outcome of each match-up is decided instantly there’s no need to watch the outcome every single time. It really keeps things from feeling like a grind, but of course anyone who wants to is free to watch to their heart’s content. And watching wouldn’t be a bad idea from time to time anyway as it can give players an idea of what sort of tactics their soldiers are employing and how they might be able to tweak things to their advantage. Plus it’s pretty cool to see a well-orchestrated team completely decimate its rivals.

It’s not just a matter of setting up a Quickmatch and earning a few coins and experience points, either. There are also two Campaigns (Normal and Veteran) that allow players to participate in a sort of daily tournament against each other. A finite amount of rounds are available to partake in and whichever player has the most points at the end is declared the victor. And to the victor go lots and lots of spoils, so it’s a pretty good idea to take part in these as often as possible. Especially considering it doesn’t take too long to rank up and unlock the ability to include the more specialized classes into a team. Those guys don’t mess around, either.

Of course, since Rivals at War is a card game first and foremost it might put off players who are looking for a more action-packed shooter. Along with the lack of any real direct control it’s not a particularly fast-paced game. And as much as I enjoy the card collection aspects and team customizations (as well as the custom head gear that can be unlocked through achievements), it’s a bit unbalanced in terms of what can be acquired without paying real money. I understand that Hothead needs to make a living, but the premium card packs are priced a bit high. $0.40 worth of premium currency for a Silver pack isn’t too bad, especially considering how much players can earn in tournaments, but it’s about five bucks for a guaranteed 2 pack of elite soldiers. I don’t know, maybe I just miss the days when I could save up 1,000 gold to buy gold packs in other Hothead games. It doesn’t help that there’s zero chance of acquiring elites in non-premium packs. 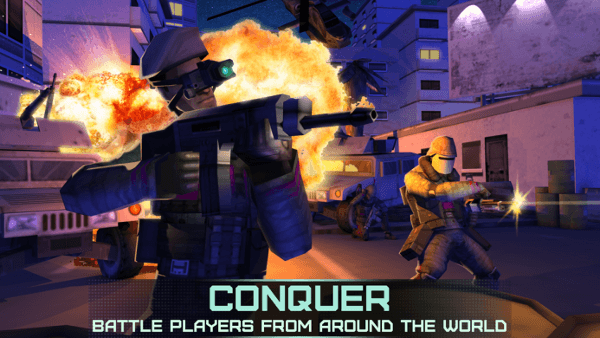 Rivals at War is an interesting semi-departure for Hothead as it makes good use of their pre-established card collecting system and drops it into the middle of a firefight. What’s better is that it all comes together incredibly well. It can be a little frustrating to have to scrimp and save for the high-end card packs but using a team of Bronze or even Standard soldiers and tactics isn’t a guaranteed loss. And it’s just fun, besides.