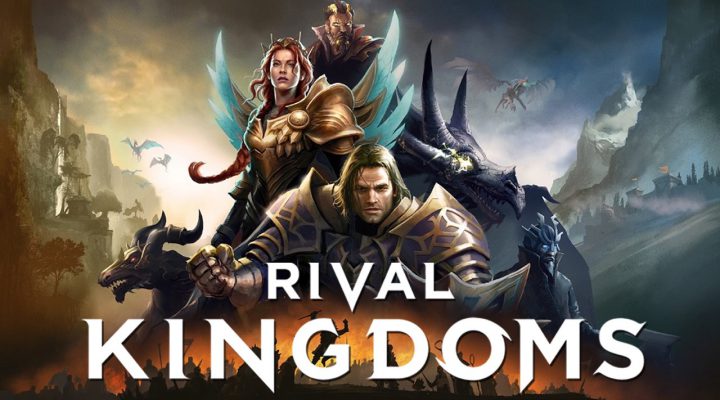 Gameplay can get repetitive early on, largely influenced by Clash of Clans.

As I watched my soldiers beat down a wooden wall while the archers behind them shot at the enemy towers who were distractedly shooting at the fire elemental I had summoned that was blazing a path of destruction through the base, I realized I was having fun.

Also, I was making it rain fire. That ups the fun-factor by about a billion.

Rival Kingdoms is a multiplayer strategy game where players build up an army from a central hub-base, and then send out that army to attack other players’ bases while being wary of potential invasion at the same time. If this sounds a lot like Clash of Clans, it’s because Rival Kingdoms is very much like Clash of Clans. Honestly, because of the blatant similarities between the two games, I went into Rival Kingdoms not expecting much, and was then pleasantly surprised when I found myself enjoying my time with the game. 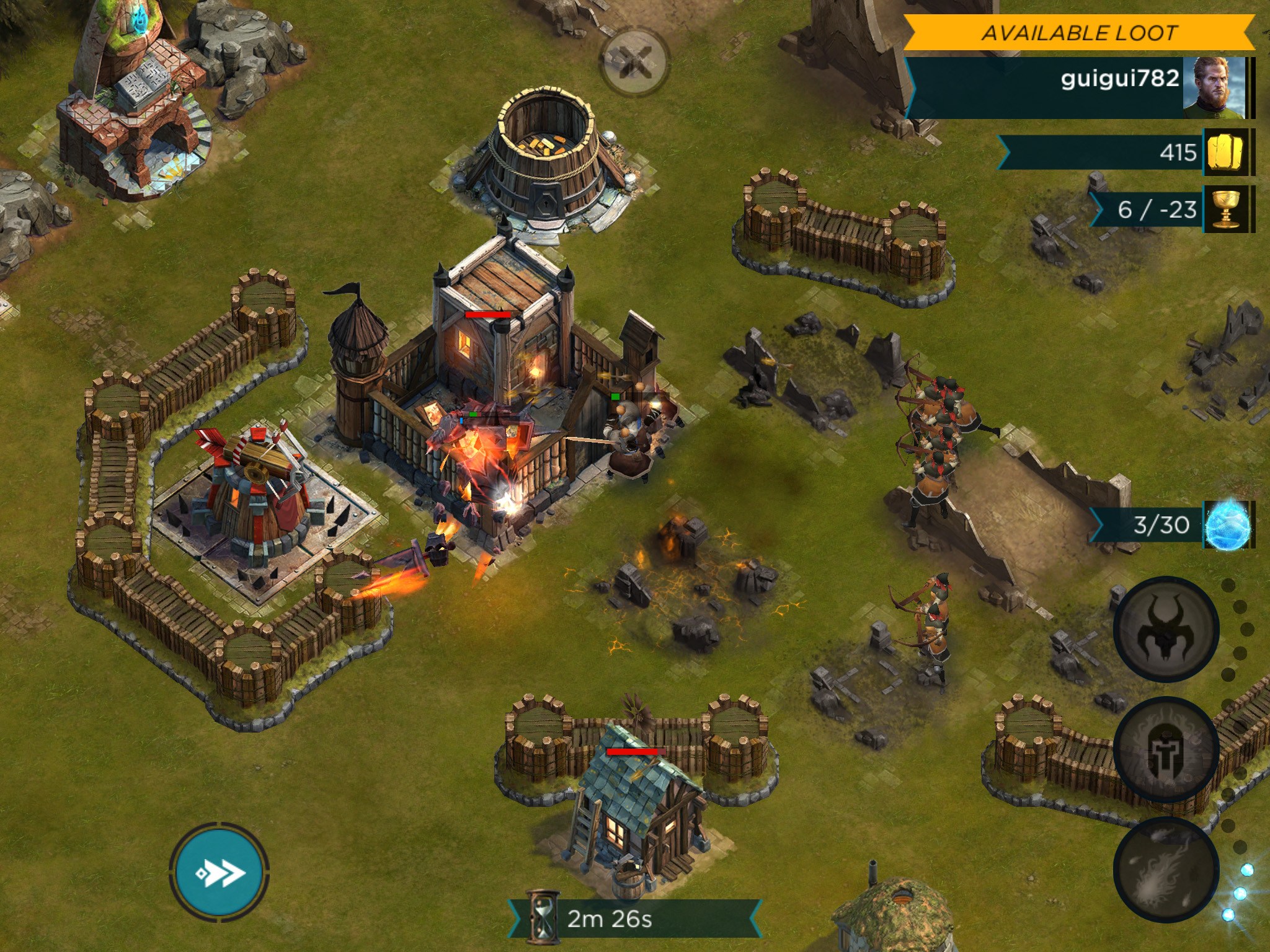 Firstly, and most obviously, Rival Kingdoms looks beautiful. Your home base is situated in a nice semi-forested area with a nearby river which culminates in a scenic waterfall. The game looks great in motion, from the idle times at the base where the workers hobble around doing things, through the fevered blitz-battles against an enemy base. The game is just very pleasant to look at, and that quality on its own was enough to solidify my interest in the game from the get-go.

Further supporting my interest was the unified, interesting lore that Rival Kingdoms is working with. While it’s very easy to just ignore the lore and focus on the gameplay, I appreciate a game that tries to flesh out some sort of universe to fit the game, and the player, into. To very quickly sum up what’s going on: the player is a new recruit in the Guardian Army, and is tasked with building up an army to fight against the Ruin who are intent on bringing the world into a new Darkening.

Because the old Darkening is just too far out of style these days. 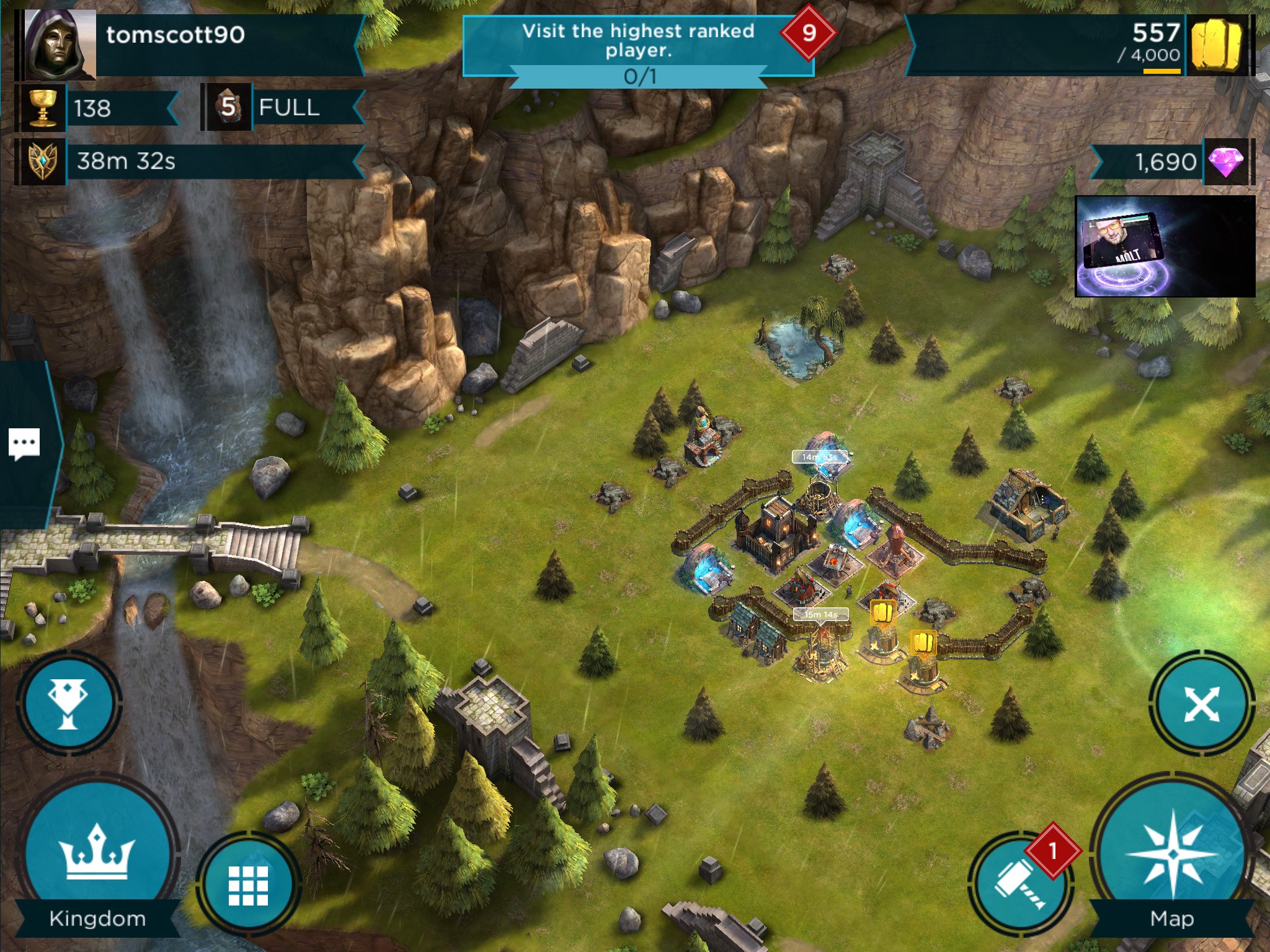 The story unfolds the more you play, which gave me ample reason to keep plugging away at the repetitive low-level combat missions. The story/lore was the carrot-on-a-stick, and the graphics just served as a means to butter my overall gameplay experience. It worked well.

As it turns out, Rhianna Pratchett, the writer of 2013’s Tomb Raider, is behind the story in Rival Kingdoms. So pull up a chair, lore nerds, you’re going to enjoy this.

Looking beyond the lore and visuals, it would be hard to deny that Rival Kingdoms is heavily inspired by Clash of Clans. Build up your base, buy upgrades, send out your army to attack, repeat. But for all its similarities, Rival Kingdom’s inclusion of Ancients really helps to spice up the gameplay. 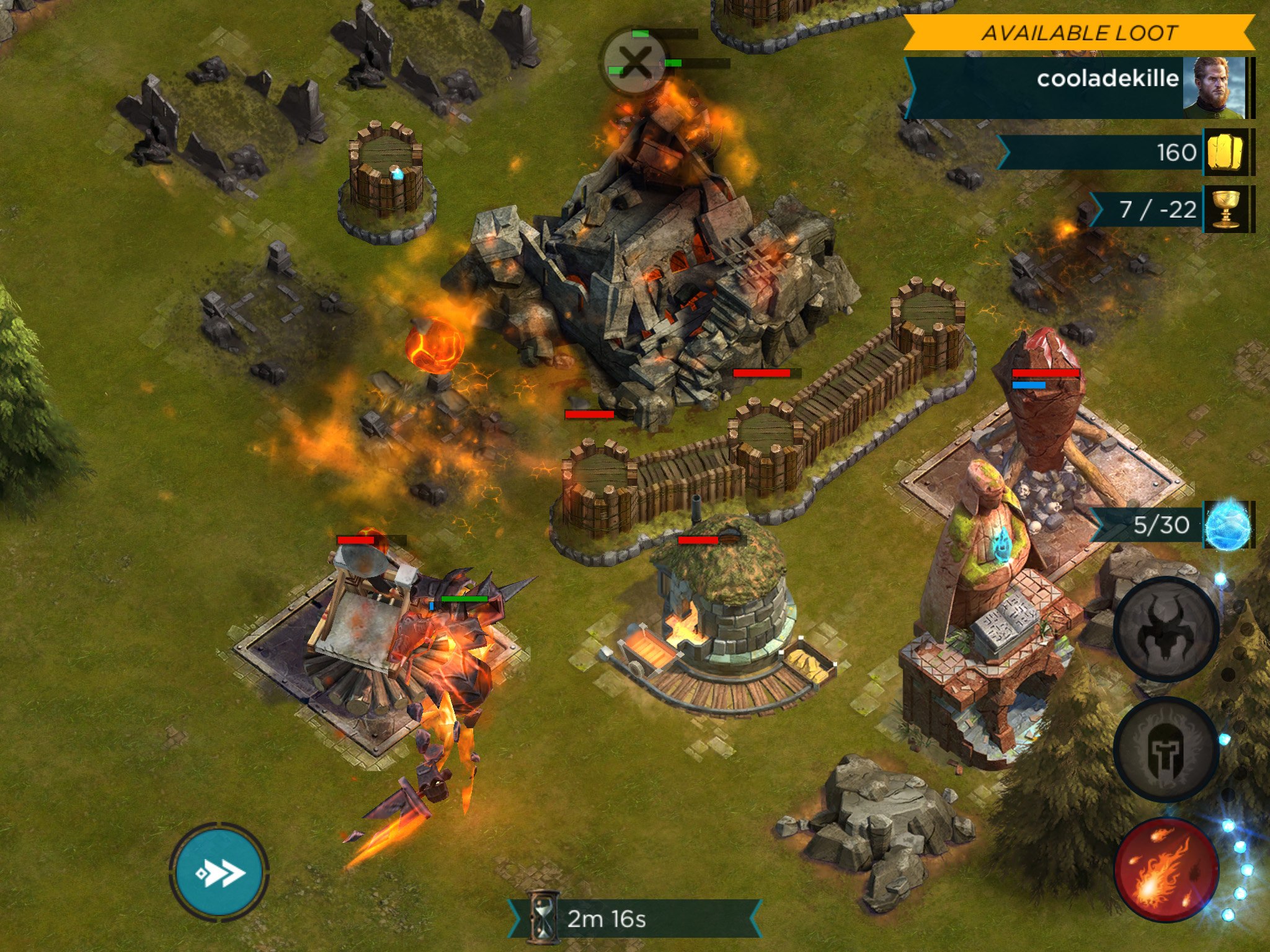 Each player utilizes an Ancient to support them during combat. Ancients are elementals, and give players special abilities based on the elements they represent. By rolling with a fire-based Ancient, I was able to summon huge fire elementals and make it rain fire. Destroying enemy buildings during battle gives the player the mana needed to wield the Ancient’s abilities. Mana doesn’t carry from battle to battle, resetting for each combat experience, but it’s easily collected and is automatically maxed out whenever you destroy an enemy’s central Stronghold.

Each Ancient comes with their own back story, further adding to the overall lore of the game. There are currently eighteen Ancients for players to unlock and choose from, and Space Ape Games plans to add more in the future.

Even though Rival Kingdoms borrows a lot from Clash of Clans and the games which have followed suit, it brings to the table it’s own rich story that is good enough to warrant the slightly repetitive build-attack-wait gameplay that has become a genre of its own. There are a lot of cheap Clash of Clans knock-offs, but Rival Kingdoms shouldn’t be painted with the same brush. It may be similar, but it’s certainly worth looking into.

Knights of Pen And Paper II Review: Are You In on the Joke?