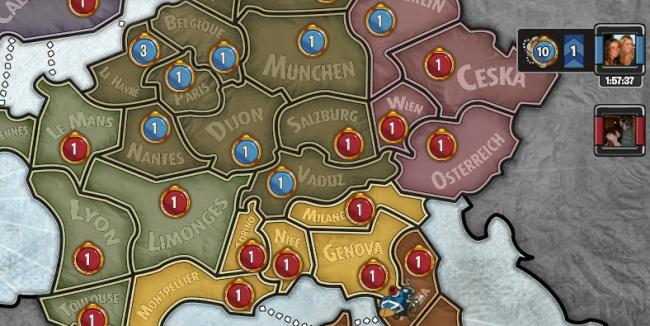 To conquer the world, you’ll need plenty of friends

Much like Monopoly Millionaires, Risk: Factions is an attempt to take a well-known board game and make it fit on Facebook. But unlike Monopoly Millionaires — which turned the game into a more single-player experience — Risk: Factions retains its multi-player focus, letting you engage asynchronous battles for world domination with friends. For the most part it works quite well, offering accessible and (once you get the hang of it) fun gameplay. But it’s also a bit too bogged down in typical social game requirements that limit progress.

As with the board game, the goal in each game of Risk: Factions is to take over the map. Each map (there are currently three in the game) is divided into different sections, and you’ll slowly move your troops from one section to the next, attempting to clear out enemy forces and claim the section for your own. Once one player has the entire map decked out in their colors, the game is over.

Combat is simply a matter of rolling the dice. You can attack any surrounding area provided you have at least two troops, and doing so will result in both you and your opponent (computer-controlled or otherwise) rolling a set of virtual dice. Whoever wins can then shift their troops to the loser’s former land. You technically have an unlimited number of turns each round, so you can attack as many places as you like, but you are limited when it comes to troops. You can add troops to your ranks, but only a limited number each round. This essentially limits how many moves you can make.

And where do those troops come from? From your home base, of course. As with most games on Facebook, Risk: Factions gives you a virtual space to customize, but here it also serves a purpose. Many buildings will produce troops to use in battle, a necessity since the number of soldiers under your control will constantly shrink. This creates an enjoyable cycle where you’re constantly switching between the two parts of the game to replenish your ranks. You can also add decorations for experience and research and build new weapons to aid you in battle.

The single-player portion of Risk: Factions is enjoyable, providing both a great way to learn the ropes as well as a significant challenge on the harder difficulty settings. But the game is best enjoyed with friends. You can have matches with up to four of your Facebook friends, as you each take turns making moves in a Scramble With Friends-style asynchronous set-up. It would be great if there was an option for real-time multiplayer as well, but what’s there works well. 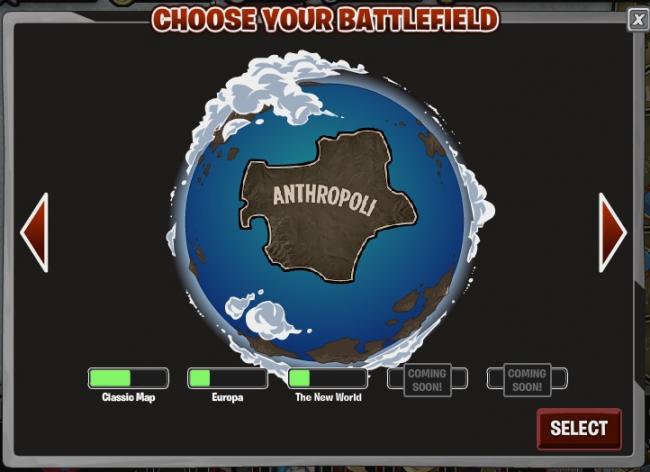 There’s a lot to like about Risk: Factions — and that includes its goofy and charming presentation, filled with plenty of visual gags and fun animations — but progress can be quite slow. Unlocking content like new weapons or additional factions requires either a good deal of friends or a number of Facebook credits. Without either, you’re left playing essentially the same game over and over.

Really, this is a game best enjoyed with others. Not only is the multiplayer more fun, but your Facebook buddies are also a requirement to unlocking much of the content in the game. Without anyone to play with you’ll likely lose interest after not too long. But with them, well, Risk: Factions is the next best thing to sitting around a table rolling dice. Plus, it has zombies.