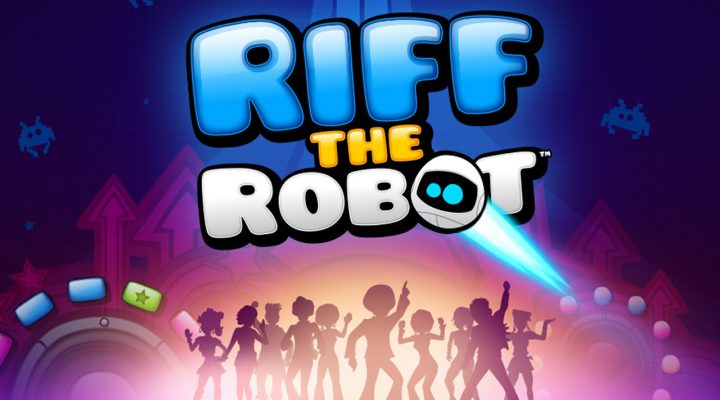 The theme lends well to the gameplay.

Tough to progress due to limited attempts.

Growing up close to my grandparents, I was exposed to a special kind of vernacular: the language of old people. For example, shows on TV were known as “pictures,” and “pulling the chain” was grandma-slang for flushing the toilet. There were also a colorful assortment of phrases they seemed to favor: “I’m losing my marbles” was one such phrase. As a kid, I accepted a more literal definition of that phrase, since I was always accidentally rolling my grandpa’s marble collection under furniture when I played with them.

Now, as an adult, I know that “losing my marbles” is just an idiom for someone who is going crazy. So, with a tinge of guilt, I now observe the fact that my grandpa was losing his marbles because I was (literally) losing his marbles.

Maybe gramps should have invested more time in building robots, rather than watching “pictures,” because then he could have sent a robot out to find all of his lost marbles, like Doctor MC does in Riff the Robot.

As the titular Robot, Riff, players must find all of Doctor MC’s marbles that he lost throughout his laboratory. Each level in Riff the Robot is filled with a handful of marbles that players must collect, as well as dozens of other score-boosting balls to collect and bounce around upon.

Riff is a spherical little robot that the player can bounce around the level in an effort to collect all the marbles and as many balls as possible. By utilizing Peggle-like mechanics, Riff the Robot gives players a similarly fun experience, but with a few extra twists.

Riff has been customized with some neat gadgets, primarily a pair of thrusters that can move Riff from side to side. This allows the player to roughly control Riff’s movement as he bounces around the levels. Because you only get one Riff per level, you’ll want to always be on the ball when controlling Riff to ensure he does not plummet down into the abyss below each level.

Luckily, a sling-shot-like safety net is at the bottom of most levels, as are side bumpers which can bump Riff back up into the level. Each level is different though, so you’ll want to pay attention to each level’s distinct layout.

Riff the Robot has essentially taken what made Peggle fun —shooting a ball around a stage filled with pegs and watching the ball bounce around for awhile— and added an element of skill into the mix.

Controlling Riff is as simple as tapping either side of the screen to signal the left or right booster to fire off. But it’s a lot more than that; players will have to time boosts, anticipate momentum shifts, and tweak trajectories with lightning-fast reflexes, if they are looking to maximize their score potential in each level.

Because Dr. MC is a little loopy (he lost his marbles after all) his laboratory is kind of kooky…and groovy. Things are always a bit crazy in the lab of a mad scientist, even more so when the mad scientist is a fan of disco, and that theme translates well to the gameplay. Bouncing a little robot ball around a level filled with gyrating levers, blinking lights, and floating magnets is just fun.

Riff the Robot utilizes a battery-based energy system that limits the number of free attempts you can make in a row. You can watch an advertisement to get additional two batteries, but you can only do that four times (8 extra attempts) before that option expires for awhile. For me, this was the only downside to the game.

Some of the levels are tough, and with only one Riff per level, I would go through a handful of batteries in no time. Making progress in Riff is tough if you’re not willing to throw down some cash to alleviate the wait times.

But beyond the limiting battery amounts, I found nothing else to dislike about Riff the Robot. It’s a fun little Peggle-like game that rewards skill rather than simply having the player rely on luck, and as a result, brings something truly fresh to an already well-worn genre.