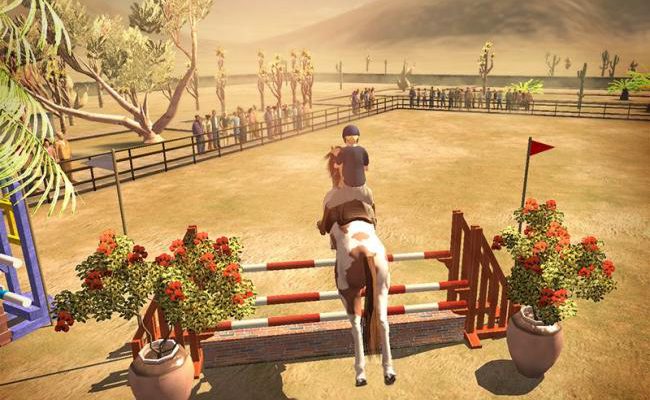 Horses are among the first animals that humankind domesticated, but most of us living in the modern age have a strange, almost romanticized relationship with the beasts. Now that we ride around in cars (our ancestors determined that padded leather seats are so kind to our butts, and therefore impossible to give up), horses almost feel like fantasy animals that only a privileged few are allowed to interact with.

Obviously horses are rewarding animals to care for in reality, and they’re not as elusive as city-dwellers may think. But since said city-dwellers are forbidden from keeping horses in their garages, they can try getting their horse-fix with Riding Club Championships for Facebook; though it’s an unspectacular experience. 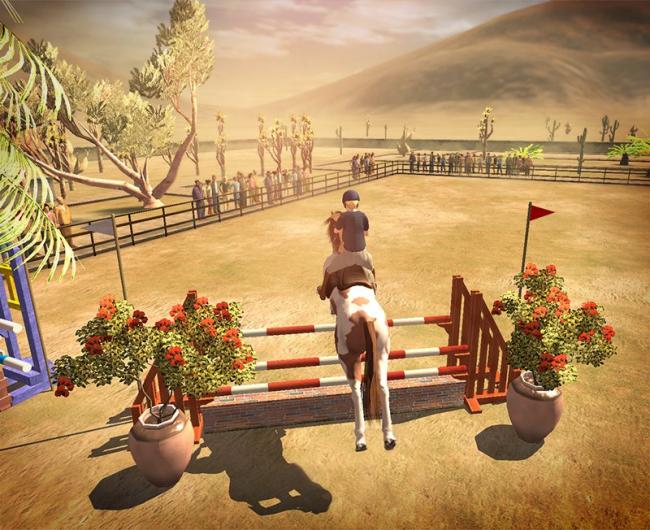 Riding Club Championships issues you a horse (of course), which you train primarily for running and jumping. Most of your time is spent on jump courses, where you’re expected to leap gracefully over hurdles. Touching or knocking over a bar during a jump earns you a fault. So does barging through obstacles like a unicorn at war. Faults take away from your point total, so ideally you want to make it through the course error-free and unlock achievements, experience, money, and other rewards.

When you begin playing Riding Club Championships, your steed shambles like a gelding that’s a step away from the glue factory. You need to condition Mr. Ed by leveling him up across multiple courses and earning skill points that can improve his speed, stamina, jumping strength, and so on.  face

Riding Club Championships claims that you’re supposed to get a new skill point with every level you gain, but occasionally, you don’t receive one. Either the game’s instructions are incorrect, or there’s a bug at work. Either way, it’s a frustrating to be robbed of that precious skill point because gaining levels is a long slog across generally uninteresting courses. You run, you jump. You run, you jump. Sometimes you run and jump in poor weather, which adds a bit of slippery footing. You can also gallop around your own personal paddock and pick up random presents like currency and experience points, but even retreating to your paddock means (you guessed it) more running and jumping. 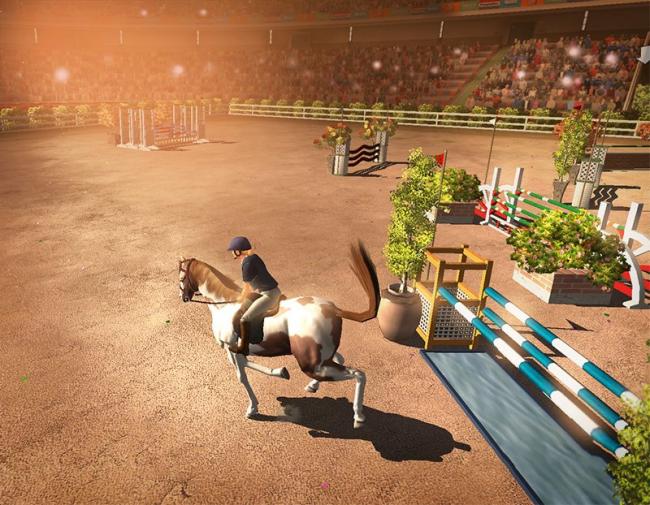 For a change of pace, you can try running and jumping against random Internet opponents. You both work through a course at the same time, though you never see each other. The winner is judged by his or her time and/or faults, if any. Competing against a live player is fun, though not being able to see him or her robs the game of a much-needed sense of urgency.

Riding Club Championships‘ greatest strength is its graphics. Your horse looks great, and is well-animated. Unfortunately, there are few customization options for your animal. You can’t alter markings beyond its basic color, and you can’t choose a breed. What’s the point of having a pony if you can’t make it glitter?

Riding Club Championships certainly has an audience (look at the leaderboards and count how many of the top players have profile picks that show them show-jumping), but it also has a lot of wasted potential. Maybe future updates will bring in some varied gameplay and graphics. Until then, only fanatical horse men and women need apply.