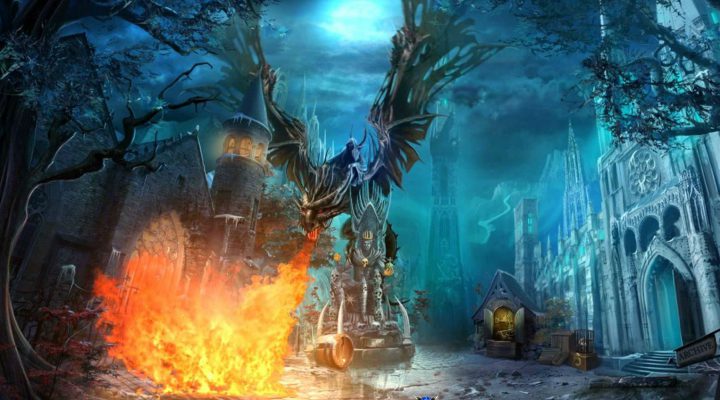 Most video games pit you against formidable enemies, but Riddles of Fate: Wild Hunt from Elephant Games really ups the ante. In this adventure title, you’re up against the Horsemen of the Apocalypse.

Needless to say, a sword or a couple of red-and-white mushrooms aren’t going to guarantee your victory this time around. Nope. In Riddles of Fate, the only things that can keep you safe are your wits, and your talent for finding and combining random objects.

Indeed, Riddles of Fate is a pretty standard hidden object adventure game, and your path to progress involves “going through the motions,” as it were. Find this. Combine it with that. Solve a puzzle. Dig through hidden object scenes. 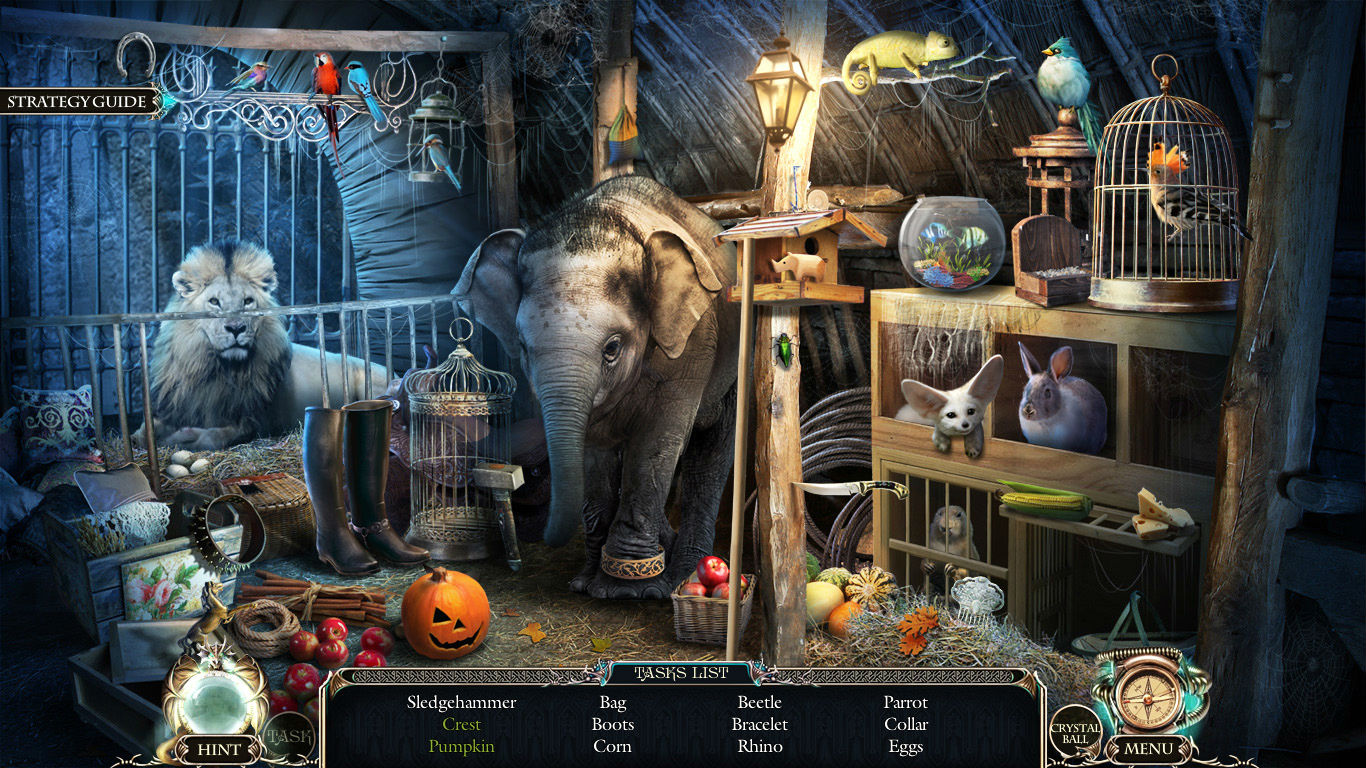 That’s why an adventure game’s appeal usually comes down to how its story is presented, and thankfully, Riddles of Fate offers good reasons to keep on going.

For starters, the setting is intriguing. You arrive in a darkened town that’s under siege by monsters and demons. The abominations are hunting door-to-door for a girl who’s prophesized to bring an end to the dread king’s rule, though any girl who winds up under the monsters’ claws are seemingly fair candidates for extinction. You have to set things right, but not before you discover the nature of the girl from the prophecy: She’s the half-breed daughter of Death himself.

Maybe I’m just a sucker for a good story about forbidden romance, but it’s part of what kept me engaged in Riddles of Fate. The game’s narrative is relayed through voice-acted cut scenes, as well as through notes scattered throughout the doomed town. It’s quick, snappy, and gives you motivation to push through and solve the puzzles that land in your lap. 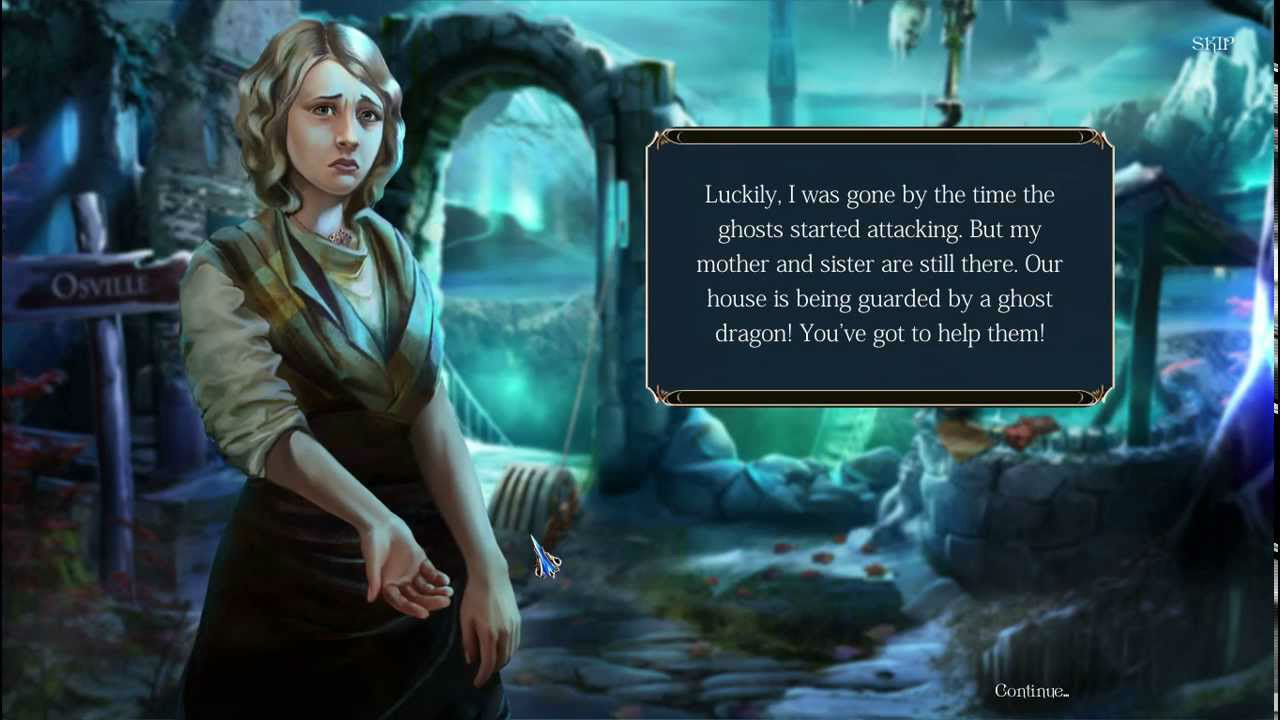 Said puzzles aren’t particularly difficult. In fact, they’re not likely to put up much of a challenge for adventure game veterans. There are still some interesting mechanics at work here, though, like the inclusion of a little bat friend who can reach high objects for you.

There are also some gorgeously-illustrated hidden object scenes to pick through as well. While hidden object scenes typically aren’t challenging in full-price adventure titles like Riddles of Fate (there’s no timer to contend with, for instance), Elephant Games spices up its scenes a bit by asking you to assemble some objects that must be found. In one case, for example, you can’t pick an angel statue out of a scene until you find its separated wings and place them on its shoulders.

Hidden object scenes aside, Riddles of Fate is a pretty game to look at overall. Though its environments are dark and foreboding — this is a ghost-haunted town we’re talking about, after all — there are some compelling splashes of color in its ruins to break up the dreariness. Even Death’s own home is cozy and filled with warm tones. Who would’ve imagined? 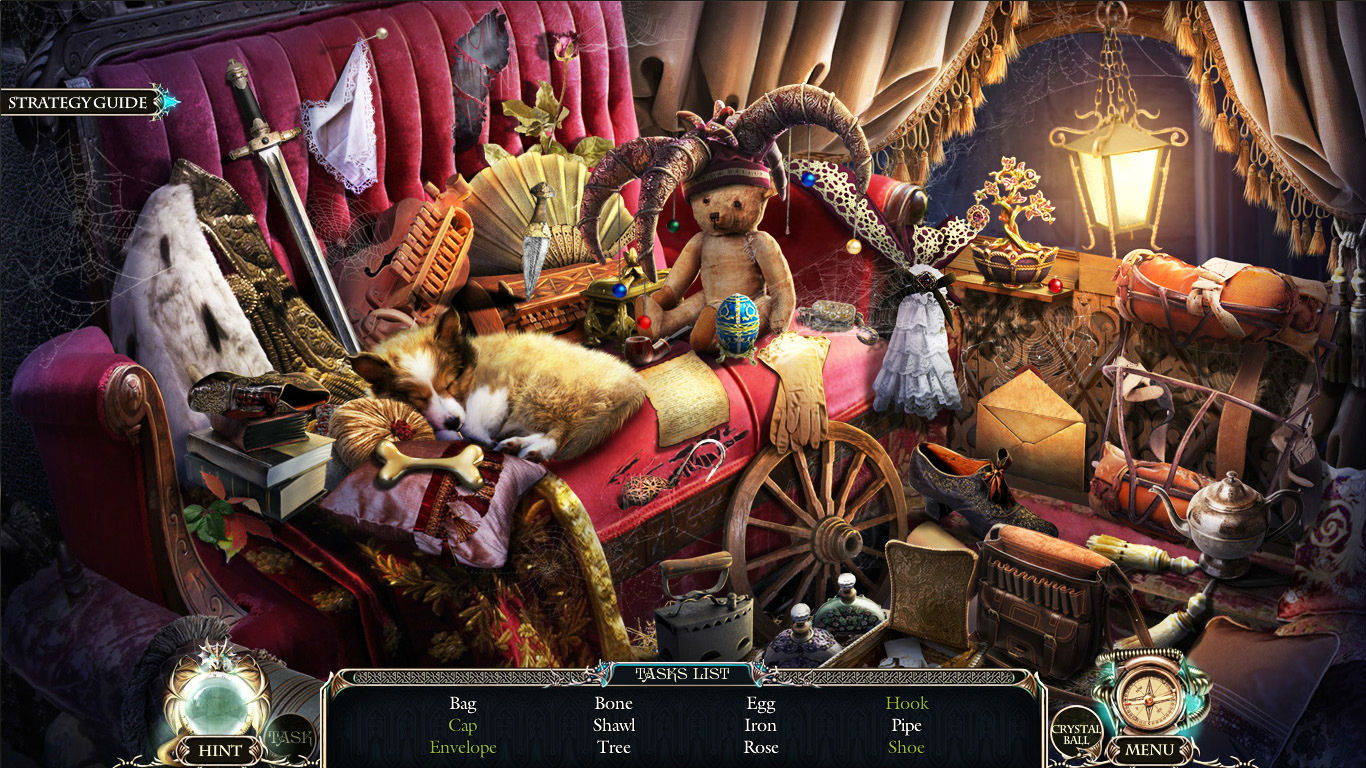 Scenes even change when you re-visit them. Books fall off shelves, ghosts go flying through the area, and cats pay welcome visits. Adventure games are usually quite static, so it’s nice to see these little touches. They remind you that you’re in a perilous, haunted environment.

Riddles of Fate: Wild Hunt is a bit light on challenge, but it’s fine to look at it, and it tells a good story. If you’re into stories of love amidst hauntings by ghosts, ghouls, and goblins, it’s worth your time.

Ulterior Review: A Lot of Motives