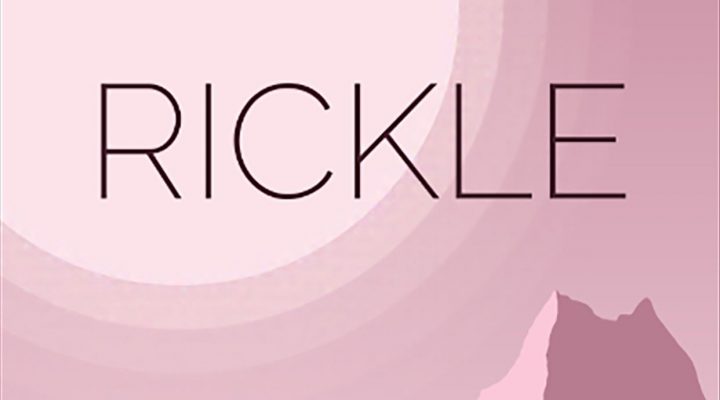 It gives money to charity

Gameplay can feel tired after extended periods of play

Rickle has one of the simplest concepts of any videogame ever. You just make a pile of flat rocks. It’s like something you might do to pass the time at the beach while you wait for your buddies to show up with the ice cream.

That’s not necessarily a bad thing. Rickle has a gentle, soothing, quietly addictive rhythm that will see you dipping in and out during your downtime. And, crucially, whenever you play it you’ll be giving money to charity, effectively making you a saint.

Let’s get the charity stuff out of the way first. Developer Polyworks Games has pledged a share of the revenue from Rickle to three environmental charities: the Natural Resources Defense Council, the Union of Concerned Scientists, and the Environmental Working Group.

You can Google them for more info, but in brief they’re all made up of lawyers and scientists advocating for a better world in terms of the things we eat, the chemicals we’re exposed to, the planet we live on, and the animals who have the misfortune of sharing it with us.

Now, to the gameplay. The aim in Rickle is simply to build the tallest tower of slab-like rocks that you can. Your stack sits in the center of the screen, and new slabs float in from the left and right in turn.

You place a slab on your tower with a tap of the screen. Your ideal goal is to get these slabs flush, so that your tower looks like a nice neat column. But you’ll inevitably fail to land some of the slabs dead-on – not least because they speed up every time you get one flush.

When you drop an askew slab, the overhanging portion of it falls away, leaving you with a narrower tower and, accordingly, a tougher challenge. In the end your attempt is always doomed to failure – though you can prolong this moment with three consumable power-ups.

One resets the size of the slabs floating in from the left and right, giving you a full restart. One slows the slabs right down for a few seconds. And one automatically snaps the floating slab perfectly onto the top of the tower.

You can use as many of these power-ups as you like during a game, and you can replenish your supply of them with the gems that you earn through gameplay.

Rickle is a nice-looking game, with an austere, virtually monochrome palette and simple but effective graphics. It’s completely text-free, too, meaning a bit of a learning curve as you work out what the power-ups do and what the icons mean.

What’s Inside the Cube?

Its gameplay mechanic is equally austere. Maybe even a bit too austere. While the aim is definitely to keep your tower in check, Rickle is much more fun when you start to mess up and the peak of the tower takes on a shape that’s different every time, injecting some variety.

With no physics to negotiate, your tower is an oddly static entity. There are no perilous, edge of the seat wobbles – just a narrowing target, and then game over.

Except it’s never game over. What you realise after playing Rickle for a while is that with each session you’re just putting in a shift, chipping away at the larger project of unlocking all the worlds.

At first, new worlds come quite quickly, but over time the number of points you need to reach the next one grows larger, while the speed at which you score points stays pretty much the same.

It feels a bit like Peter Molyneux’s Curiosity, the 2012 experimental game that saw players digging through a giant cube to uncover a prize. This is exactly what Rickle needs to keep you plugging away, and you can find it on the App Store and Google Play now.

Epos B20 Review – Mic-ing yourself heard