Home / Reviews / (R)evolve Review: You Spin Me Right Round

(R)evolve Review: You Spin Me Right Round 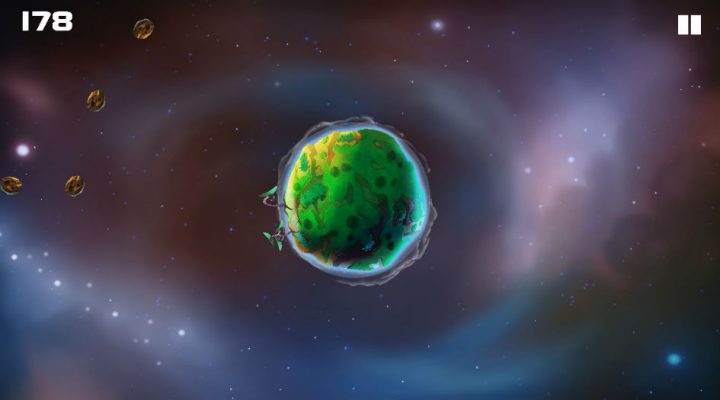 Great if you've only got a few minutes.

(R)evolve is a game with an interesting premise: one that brings to mind echoes of Asteroids. But in this case you’ll be defending an alien planet from an onslaught of meteorites homing in on its surface.

It’s not terribly complicated. You need only rotate the planet to keep the lifeforms growing on the planet from harm. I suppose it’s this simplicity that makes (R)evolve a game that you need only play for a few minutes at a time.

Using both thumb and forefingers, players are tasked with manipulating the planet itself. Rocks that look a little like seeds (perhaps that’s the point?) come hurtling toward the diminutive green planet, and you need to ensure that what life is growing there doesn’t get damaged. As you progress, additional life forms represented by small saplings on the planet’s surface will pop up. Rushing around to ensure you’ve twirled your planet properly so that it isn’t instantaneously pelted by the oncoming debris is both addictive and fun, and it’s engaging to be able to build a rhythm with your rotations.

Turning the tiny planet is done easily enough, and it’s challenging to try and ensure your tiny saplings and the life you’ve fought to protect stays safe, but in the end this isn’t a game you’re going to be able to spend more than a few minutes with in any one sitting. It’s the sort of twitch-based gameplay that you’ve seen time and time again, especially on mobile. Once you feel you’ve mastered what the game is all about, there’s little to do but delete it and move on to the next.

But while it’s certainly a competent enough diversion, (Re)Volve is marred by some intrusive social features that plagued me during my time with the game. I was asked repeatedly to sign into Game Center despite having done so several times over, and was required to log into my Facebook profile to connect the game. Testing this across two devices produced the same results, and the problems ran so rampant that I couldn’t get any uninterrupted gameplay for the first hour or so I had with the game. Perhaps this isn’t a global bug that’s giving players problems, but I felt I must address it in my review as it was such a frustrating experience. 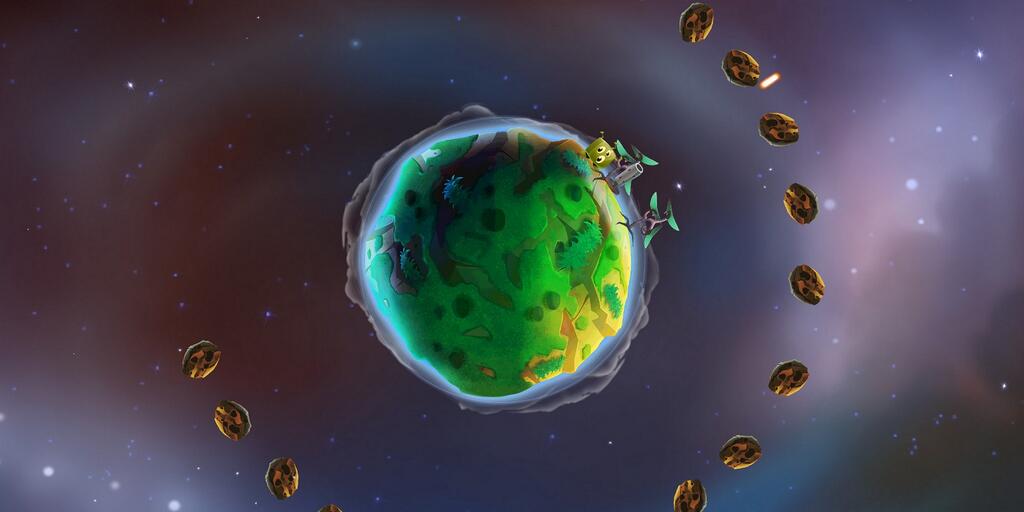 Team17 has crafted an intriguing little mobile game here, but in the end you’re going to want to reach for their much meatier fare. (R)evolve isn’t going to change the world, no matter how many times you spin it.