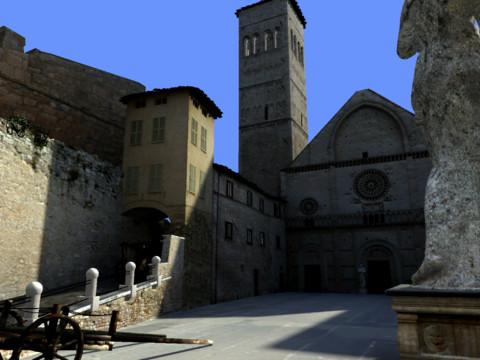 Return there? I wish I’d never been!

There are many things that baffle me about Return to Castlerama, a 3D adventure game about a young herbalist’s son who discovers his true noble identity and embarks on a quest to enact his own destiny. For one thing, the lack of features included in the game is pretty baffling. I’m also baffled why I even volunteered to review it in the first place. But the only thing more baffling to me is why somewhat felt a need to make this return to Castlerama (after the original Castlerama game from 2011), when one fleeting visit to this shoddy “photorealistic walk” is more than enough for any one lifetime.

I guess you could say that Return to Castlerama is a first-person explorative adventure, although that term should be taken with a big old grain of salt here. The majority of the game involves you wandering around and picking up scrolls that add to the game’s lore and incredibly boring story (in bland, giant blocks of text that I couldn’t even bother with reading after long). You can also find several Tarot Card collectables in each different area, which are easily missable because they are rendered as completely flat objects and randomly strewn about on the ground in an otherwise fully 3D world.

So it sort of takes you for a loop, then, when actual adventuring components begin to appear in the game, like solving a puzzle or performing a fetch quest. These are certainly a nice change of pace, but there is basically only one of these puzzles in each of the 8 or so main areas, and they all come and go before you even realize it. They range from fetching a shopkeeper a green apple that is sitting in plain sight, to solving a frustrating underwater hexagon puzzle, while constantly and arbitrarily having to come up for air every several seconds, which is trivial to say the least. There are one or two pleasant gems thrown into the overall mix, but the extreme lack of user friendliness in the sparse interface (or any tutorial-like phases that should prepare you for such things) quickly squashes any fun that’s to be had of them. There’s no inventory, no list of objectives, and worst of all, no fast travel system.

I’d like to think I’m being pretty generous in my review here, since I’m the type of person who enjoys just wandering around in a game and exploring every nook and cranny to find collectables for no real grander purpose. But don’t get me wrong: there were countless times where I had to force myself to keep playing, and I feel that very few others will actually make it that far either. For what it’s worth, the game does get a little bit better the more you go on, as it begins to slightly resemble an actual video game, rather than a slapdash demo. It’s a bit strange then, that the game only starts to pick up once you’ve actually left the Castlerama area and the surrounding castle streets. Some of the later environments offer an appealing change of pace, like the dreary dungeons of Kost or the farmlands of Barnish, and while the brief cinematics do little to add to the game’s atmosphere (they’re rendered incredibly small and blurry on the screen in comparison to everything else), the graphics are still all around pretty fair. 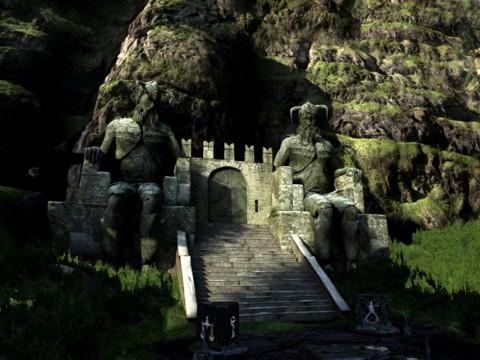 Exploring Castlerama and the surrounding fantasy realm might have been relatively enjoyable, if not for the game’s completely ghastly controls. Return to Castlerama utilizes your typical dual-virtual joystick control scheme, with a circle on the bottom left corner of the screen for walking, and another circle on the right for looking around. There’s also two additional buttons that let you jump and run, the latter of which you’ll be using often to make up all the ground in the world where there’s nothing interesting to see or to do. What’s cool is that both the movement and looking around circles can be adjusted on your screen by a simple double-tap of your thumb, but it quickly becomes clear that no matter where you place them, nothing can save the incredibly clunky, awkward, and unresponsive way you’re supposed to move around.

Walking becomes an absolute chore in the game, and the unbelievably slow pace that your character adopts to get around sure doesn’t help matters either. It’s nearly impossible to hold down on the run button for more than a few seconds without spiraling out of control or simply just stopping short and going back to that horrible and methodical motion the game tries to pass off as “walking.” Seriously, whenever you enter an in-door environment (where running is always prohibited), your character will literally move so slow, that he might as well be walking on his tiptoes and taking tiny baby steps. 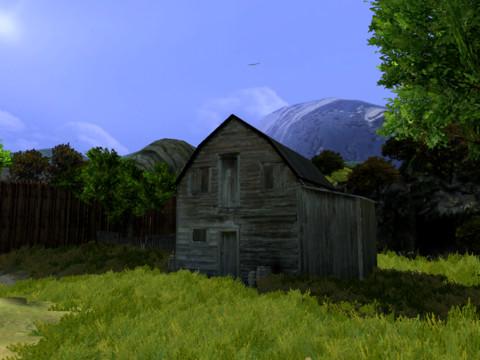 Sadly, there are very few reasons that anyone will want to make a return to Castlerama, but mostly because the game butchers so much about the adventuring genre, that you won’t even want to step foot there in the first place. While a few of the later environments are nice to explore, the bafflingly bad controls will dissuade you from even wanting to, and the lack of any clear direction or purpose as an adventure game makes Return to Castlerama better rolled up in another scroll and left somewhere where no one is going to read it.

Apothecarium – The Renaissance of Evil Review