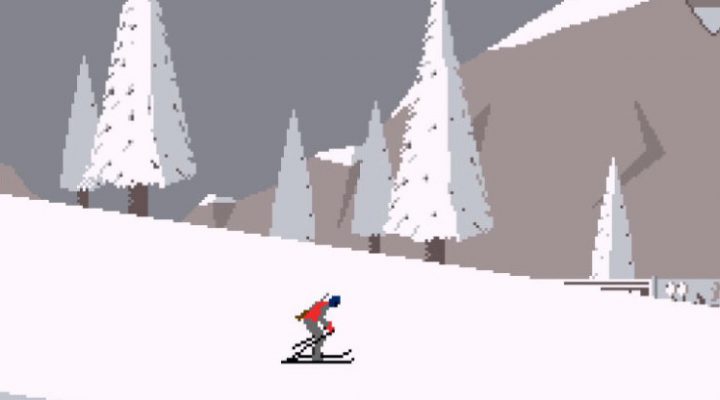 Plenty of challenge for those wanting to get into it.

Loses its shine after a while.

Some people will find it too hard to get into.

There’s a lot to be said for the good old days. Back when games were games and everything seemed much simpler. And that’s precisely what Retro Winter Sports 1986 is aiming for. It’s as old school as they come, and it doesn’t shy away from punching you in the face over and over. Or more precisely, pelting you with snowballs. Snowballs with rocks in them. Everything from the scratchy visuals to the super tricky controls is designed to ensure that you’re swept back in time.

But if you put your back into the game, you’ll discover that there’s a wonderful feeling to actually getting to grips with things. It might not be the meatiest experience going, but this rose tinted experience eventually turns into a lot of fun. 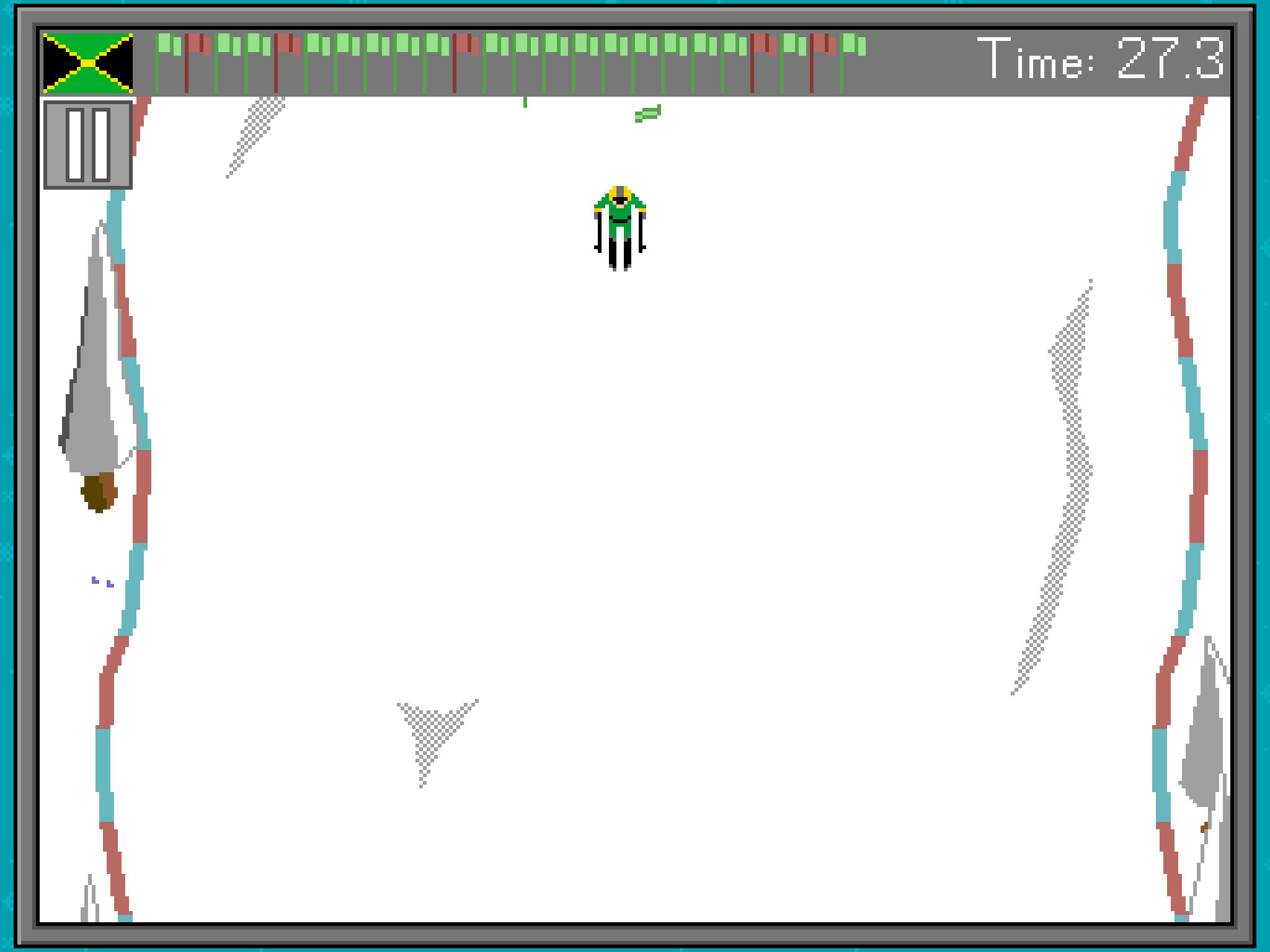 The game is split into a series of different sports. All of them, as you might be able to figure out from the name, are winter sports. There are six in total – ice skating, slalom skiing, ski jump, cross country skiing, curling and bobsled.

Each of these games plays in a different way, and getting to grips with all of them is important if you want to get the most out of the game. Most of them deal with rhythm and tapping. Get the rhythm of your taps right and you’ll win, get them wrong and you’ll end up at the back of the pack. There are swipes and other variations on the schemes as well. Slaloming requires you to swipe a finger on each side of the screen in opposite directions to steer. Curling involves flicking to send off the rock and swiping to control the broom. 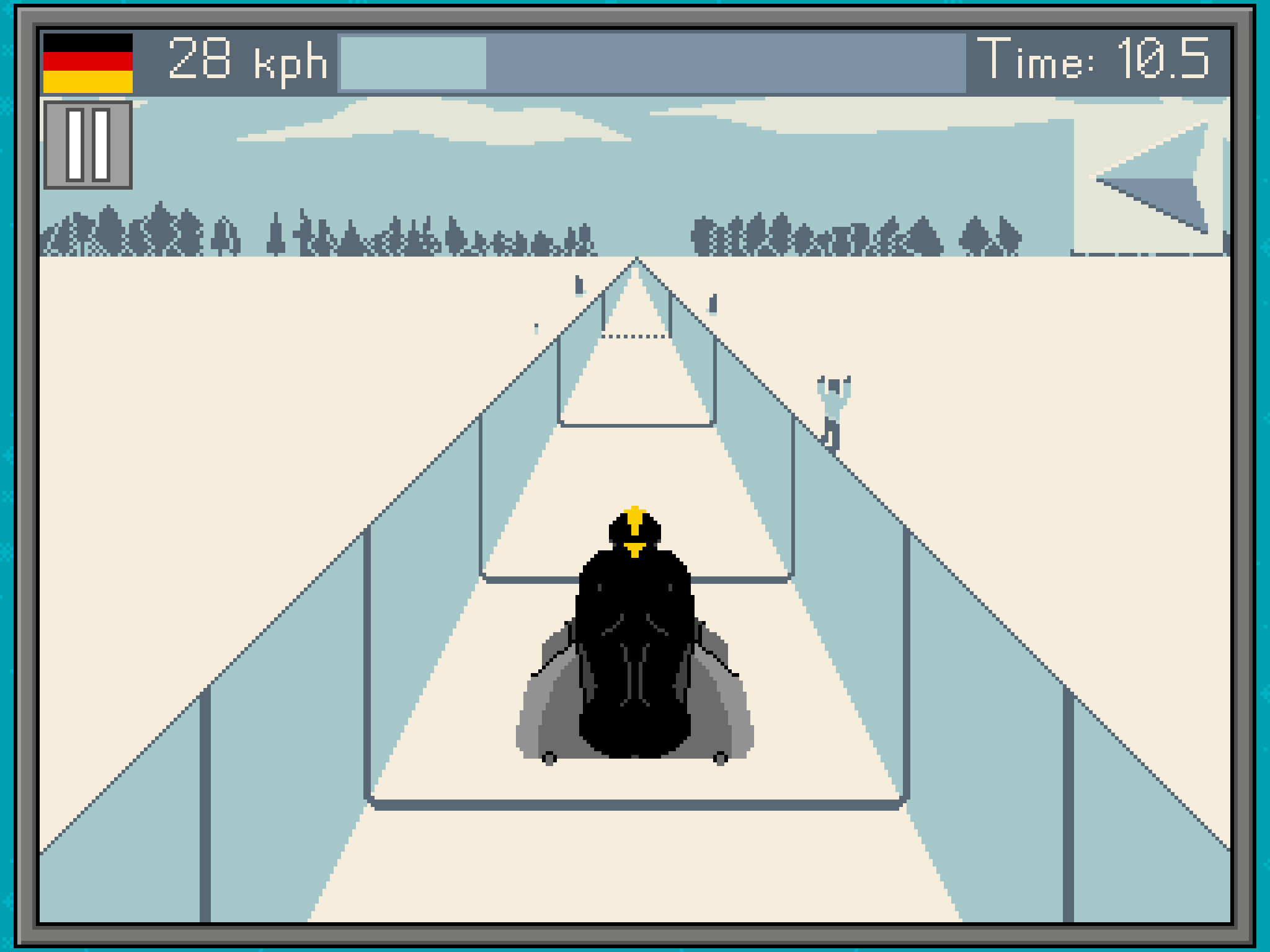 The controls themselves, the actions of poking and swiping on the screen, work really well. It’s the mechanics behind them that take a lot of getting used to. And when I say a lot, I do mean a lot. For the first few tries of each game you’re going to be struggling to get anywhere near the medal positions.

Interestingly there’s a multiplayer component as well. It’s best when you’re all on a level playing field. So I’d suggest starting off playing with friends rather than jumping straight in in to the single player. Mainly because learning the ropes together, and messing things up together, is an awful lot of fun.

Unfortunately, once you start to get to grips with things, you’ll find that the game stops being quite so interesting. This is a game that’s not really designed to stick around for long; it’s sort of one note experience, but the note it strikes is interesting enough that you won’t mind too much. 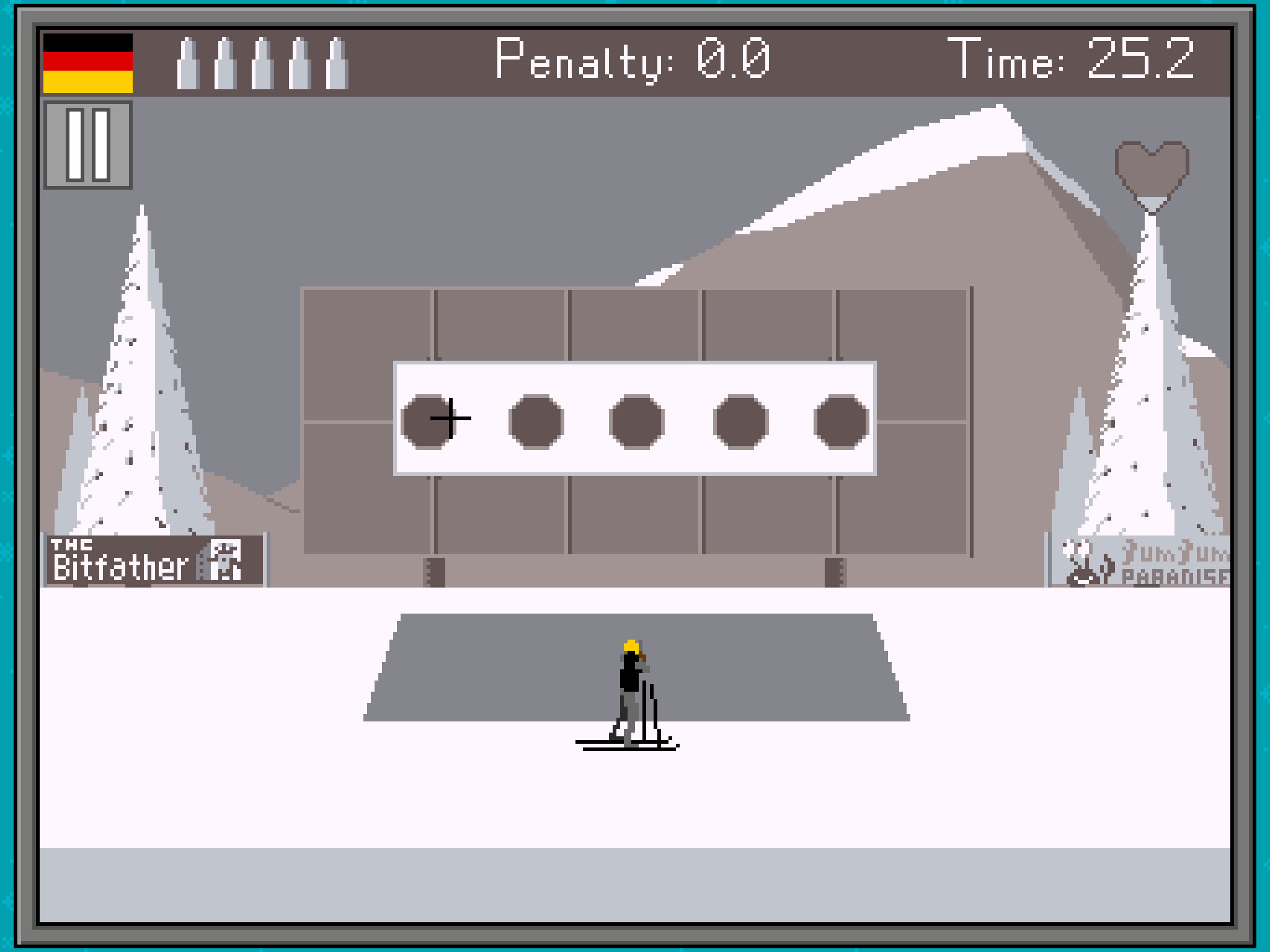 Retro Winter Sports 1986 is dedicated to its retro stylings, and that works as much to its detriment as it does its benefit. But it’s still well worth checking out even if you’re not a fan of the past. Or, you know, you weren’t born in the past. It’s both an interesting glimpse into how games have changed and a great example of why they have. There’s a swirl and a pop to the experience that’s engaging for the most part, even though it does fade once you’ve finally managed to get your fingers to do what the game wants them to.

But before you get there, you’ll have a pretty exciting time bashing your face over and over onto its strange and old fashioned design.