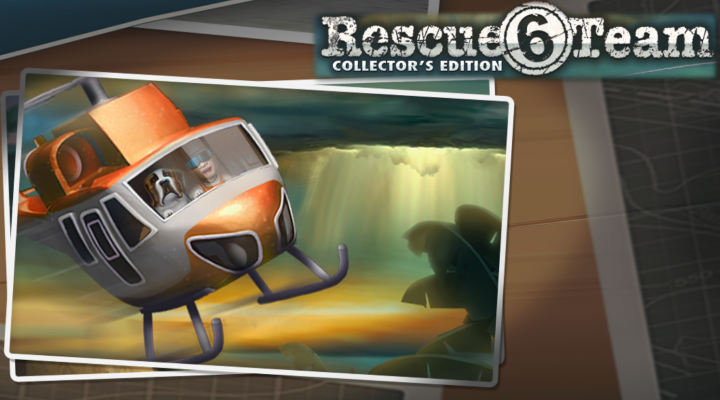 Straightforward formula that lets you get into the game right away.

Fun surprises in the form of rescue vehicles and events.

It’s time to rescue some people! And some animals! And some wood floating in the ocean! The Rescue Team series is back with its sixth installment, bringing more things to rescue and more disasters to cope with. As always, it’s a simple set-up that gets more rewarding the longer you play. Just be fast with your clicking and you’ll be a hero in no time.

The basic story behind Rescue Team 6 is there’s been an earthquake and lots of people are stranded, trapped, in trouble or just buried in the rubble. To get them out, you’ll need to clear the roads, then send rescue dogs to search for survivors in the debris. Getting this done requires managing a number of basic resources, including food, materials, money, fuel, and bones. Yup, bones, because those puppies need some kind of reward for saving folks. Repair or construct buildings to auto-generate resources for you, or pick them up by clearing spaces on the road or finding drops scattered by the wayside. Keep everything as topped up as you can, you never know when you’ll need 100 emergency burgers. 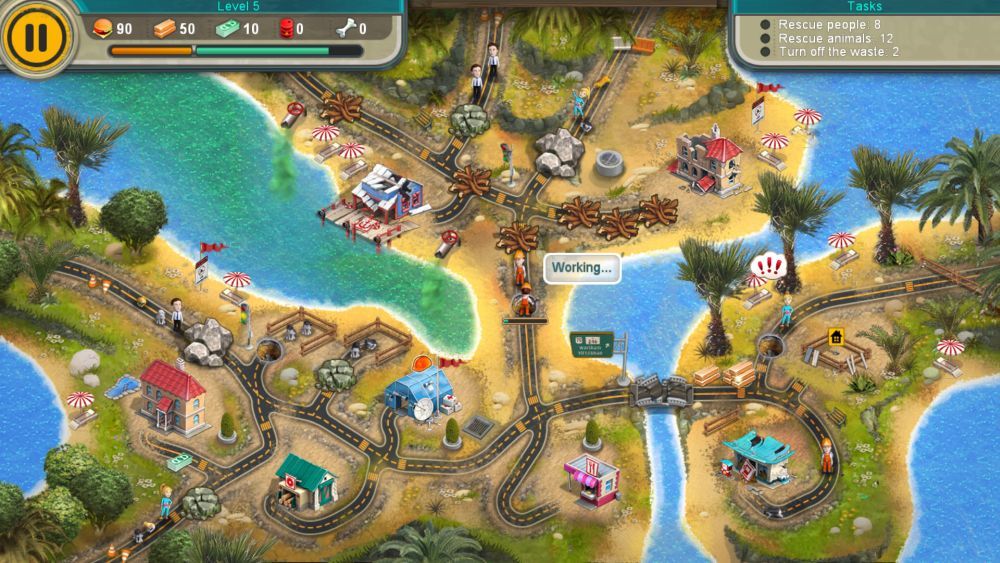 As you progress from level to level in Rescue Team 6, you’ll encounter several new variations on the core themes. Instead of getting all of your food from shops, for example, you might need to send a boat out to do some fishing. There are also machines that help rescue people as well as disasters like flood, disease and fire to contend with. In practice these simply tug on your resource chain in a different way, forcing you to think about fuel for the ships instead of wood for new buildings. It doesn’t change the flow of the game all that much, just enough to make you tweak your tactics so you can still get those three stars at the end of the level.

You’ll earn a few coins for performing well on each level, giving you some purchasing power in the game’s shop. Upgrades are simple but functional, allowing you to speed up workers, hasten construction, give suffering people extra time to live, etc. The bonuses unlock at a rather slow pace, so don’t count on them to help you win the game. Think of it as a nice little bonus for being a speedy rescuer. 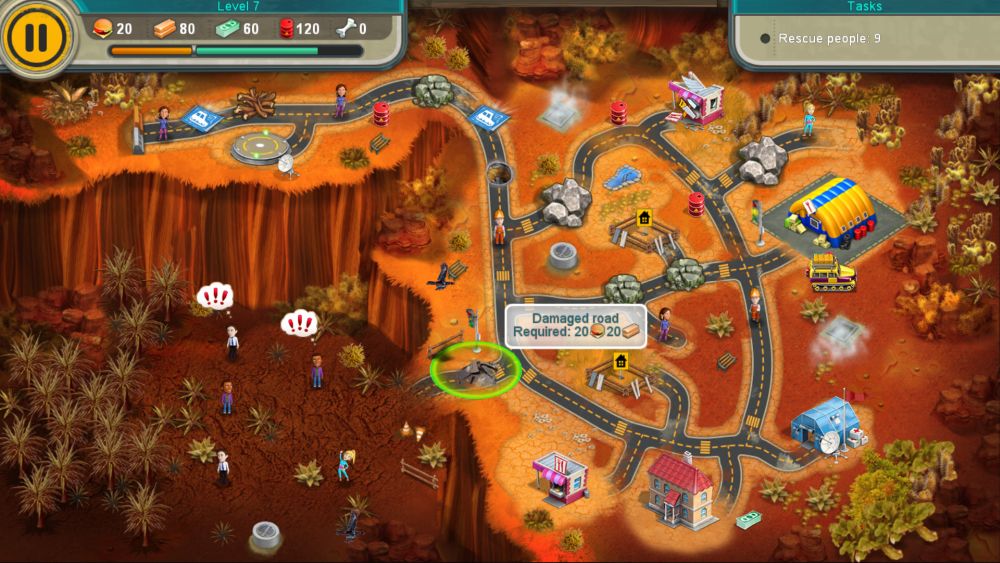 Rescue Team 6 is pretty basic for a time management game. There aren’t any power-ups to unleash or mini-games to play, just straightforward clicking and queueing and worker assigning. It’s actually quite nice to let the focus fall on the core features instead of cluttering things up with worthless extras. What Rescue Team 6 lacks in variety, it makes up for in challenge and playability. This is the sort of time management game you’ll start playing and end up spending an entire afternoon saving people. Because, you know, just one more level!