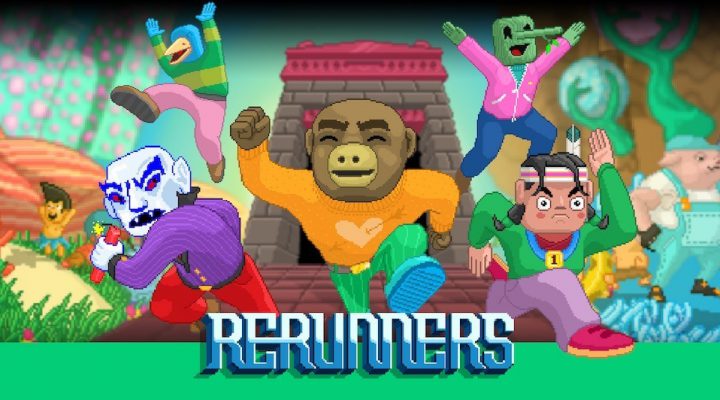 Some slowdown at times

There’s a lot going on in ReRunners: Race for the World. At least, a cursory glance at the convoluted UI would have you think that. In reality, ReRunners is very simple once you’re playing — but you should expect to be mildly intimidated by the rest of it. While there’s no denying that there are some flaws, it’s also pretty fun.

To put it simply, ReRunners is an MMO platformer. You take part in a series of races against other players. It’s not real-time, so you’re dealing with their ghosts, making ReRunners something of a speed-running game. The controls are simple, with virtual buttons for running left or right and another button for jumping. Once you unlock a speed boost, you can activate that too. Speed is, predictably, everything. Negotiating each level is a matter of timing things just right so that you can scrape a millisecond from your time and, potentially, beat the competition. 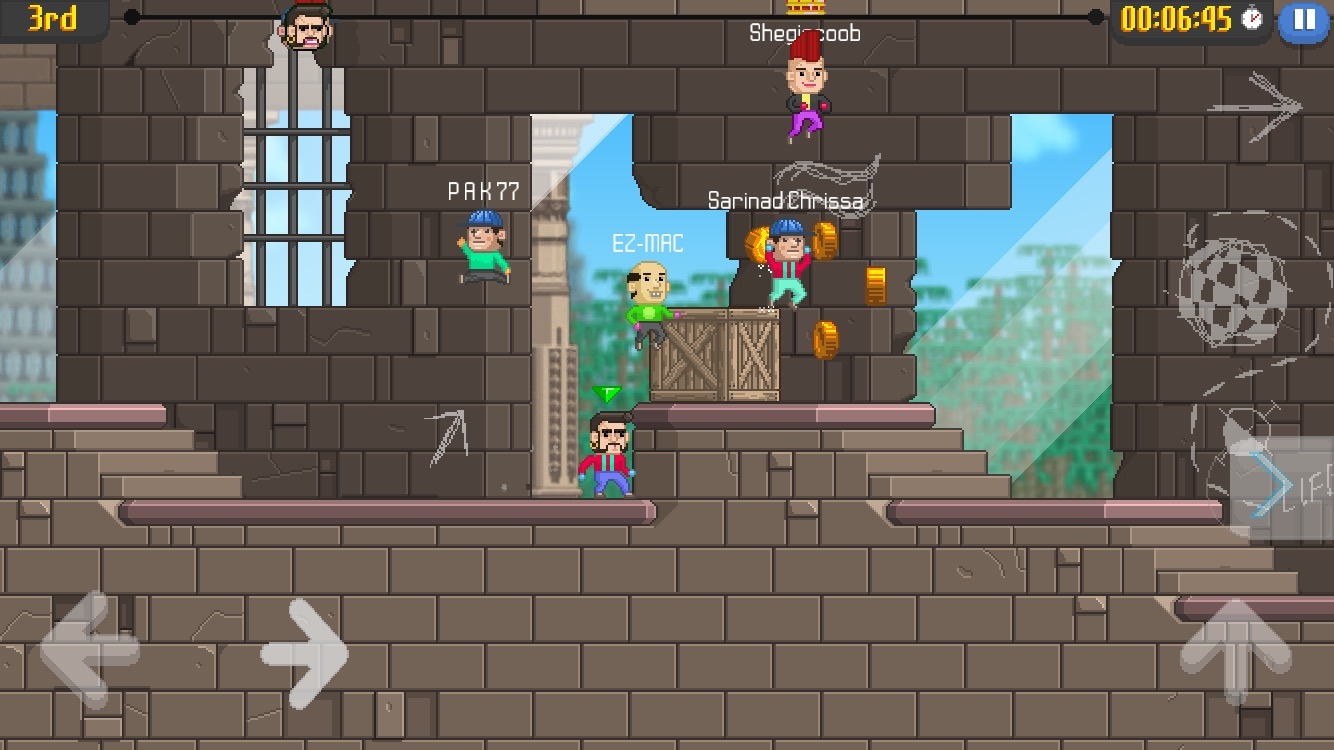 The levels layouts don’t offer a crazy amount of challenge. They’re reminiscent of the 8 and 16-bit games of old, with the focus being on leaping across spikes and collecting coins along the way. It’ll take you only around 30 seconds to complete a stage, ensuring that ReRunners is ideal for the keen gamer who’s short on time. The real satisfaction comes from running as fast as you can while watching your opponent creep up on you. Nothing’s sweeter than being able to gain the edge at the last second, plucking victory away from a ghost opponent.

ReRunners doesn’t maintain such simplicity outside of races, though. There’s a lot going on. Maybe too much. You can unlock new skills, boosting your abilities such as how fast you run and whether you can double jump or not. You can also buy items that work as power-ups, giving you the crucial advantage during the  race. You can customize your character so they look entirely different than before, even switching to a different form of creature.

The variety is appreciated, but ReRunners offers all of this in a somewhat confusing fashion. It means the menus are very busy and far from welcoming. Spend a while understanding what’s going on and you learn how to decipher things, but that juxtaposes awkwardly with a game that’s otherwise very pick-up-and-play in nature.

There’s also the matter of exploring levels. You don’t just have to race across certain areas, but you can also explore them without a time limit. That gives you the chance to unlock some hidden away bonuses as well as gain some easy coins. Simply navigating such areas can be a little odd, though, as it’s not always clear as to what you’re doing exactly. The more you play, the more comfortable you’ll become, but this is the kind of game that needs to be more welcoming and faster.

ReRunners: Race for the World is eventually the kind of game you can dip in or out of (and believe me, you will), but to get the most, you’re going to have to dedicate some time early on to truly ‘get’ it. That’s a slight misstep for a game that should be all about accessibility. Stick with it though, and you’ll love the sense of achievement every time you win a race.