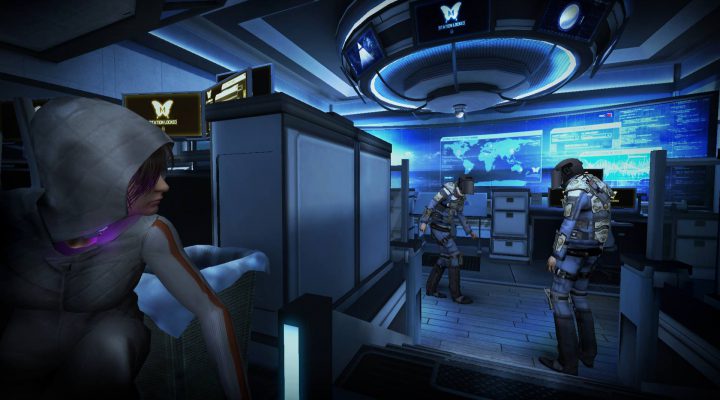 Hope gets an unexpected ally in a new location

While still thoughtful, has the least interesting philosophical questions so far

Greater length messes with the pacing a bit

Early on in République Episode 3: Ones & Zeroes, an important NPC scoffs at the idea that Hope, the main character, could ever have a chance of getting out of Metamorphosis without some assistance. Is Camouflaj trying to hint that the middle installment of its superbly atmospheric stealth puzzler is going to get significantly more difficult?

Not exactly. Hope actually has the most help she’s had on her journey to date, as she still has the assistance of the player and her emoji-loving hacker friend Cooper. This time, she’s also aided by a pivotal NPC whose identity I won’t reveal for fear of spoiling part of the fun. Suffice it to say that guilt can be a powerful motivator, especially with some alcohol-based amplification, and that one of the events of Episode 2 finally pushed this character past the breaking point. 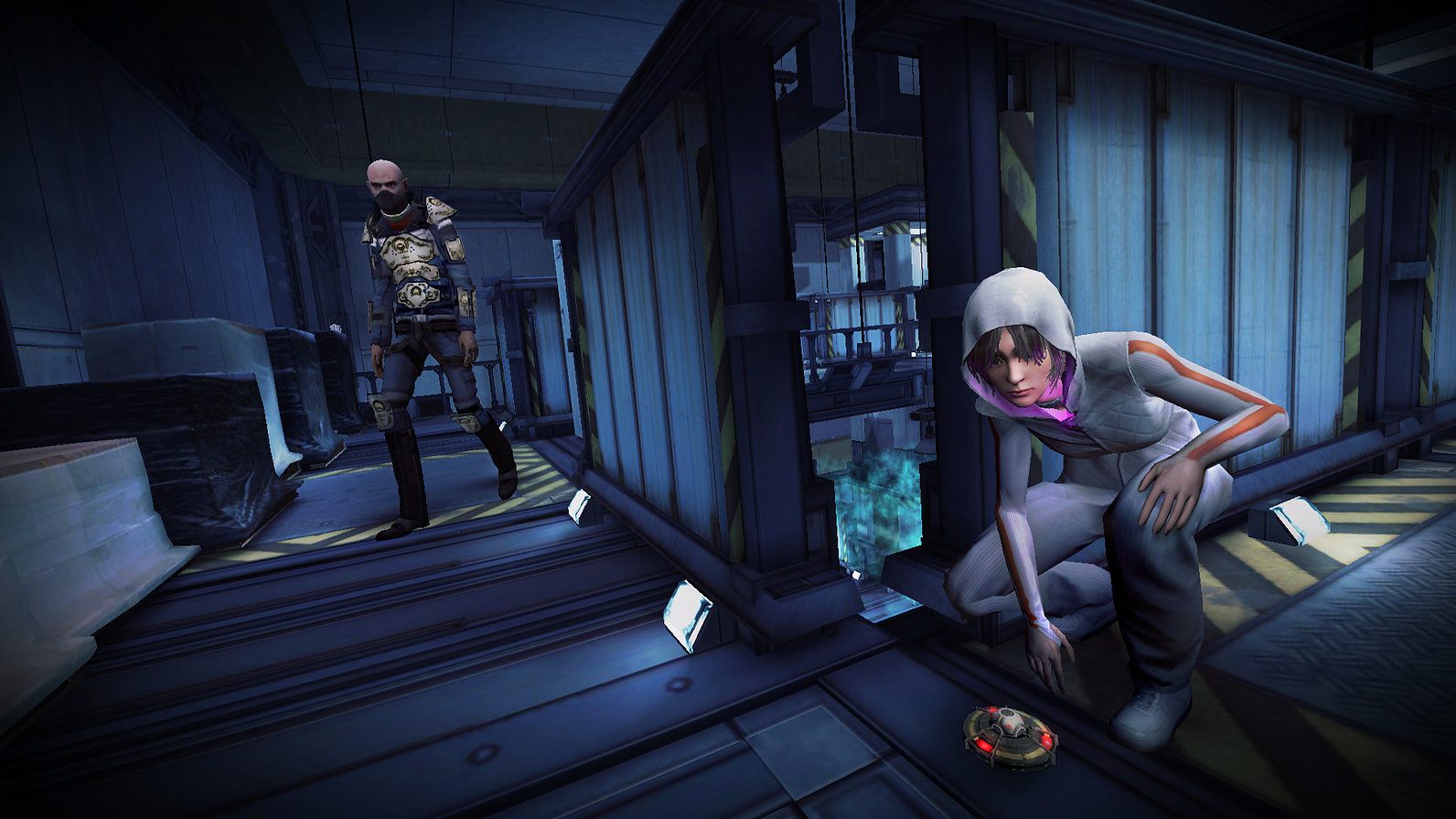 Hope has become more capable in her own right by this juncture; a necessary development as taking out some of the guards she encounters has become more of a focal point of the gameplay. The Prizrak haven’t really learned any new tricks — they’re certainly no smarter than before on the whole — but they did receive equipment upgrades. Some will throw gas grenades, rendering Hope unconscious before she has a chance to run, while others sport even more armor than the taser-proof suits we saw last time out. By the end of the game, we’re probably going to be wondering if the Headmaster has Tony Stark stashed away somewhere in Metamorphosis.

There’s a deeper exploration of the Prizrak as real people, too; something République has always been hinting at (why give the guards their own individual profiles to read otherwise?) but never in a way that is central to the plot. It is now, as Hope’s latest game plan involves diving deep into the lives of individual guards and then exposing their dirty laundry to the world. Again, we’ve known for some time that they all have skeletons in their closets, but it’s only now that we discover the developers put some of those bones in place for a purpose.

What Hope does with this personal knowledge leads directly to this chapter’s main philosophical thrust, which is the power that the media has to shape public opinion and directly affect people’s lives. All anyone has to do is turn on Fox News or MSNBC as proof that this is as relevant a topic as the pros and cons of a surveillance society or the potential impermanence of digital information, which were prominent themes in the preceding chapters. It also seems more obvious, for lack of a better word — as in, very few people would suggest that state-run media is a good thing — which is why it didn’t grip me in quite the same way, despite the continuing excellence of the all-star voice cast and Camouflaj’s knack for doling out the story in satisfying bite-sized pieces.

The central location for the action this time is Terminus, a huge computer system that almost looms as a character of its own, and if you’re a fan of The Walking Dead, just the name alone probably throws up some red flags. Its got a more military-industrial complex feel overall, giving the game even more of a direct link to its Metal Gear Solid roots. Hope still can’t fool the Prizrak by turning into a cardboard box, though maybe hiding behind the water cooler can become its own trope in time. 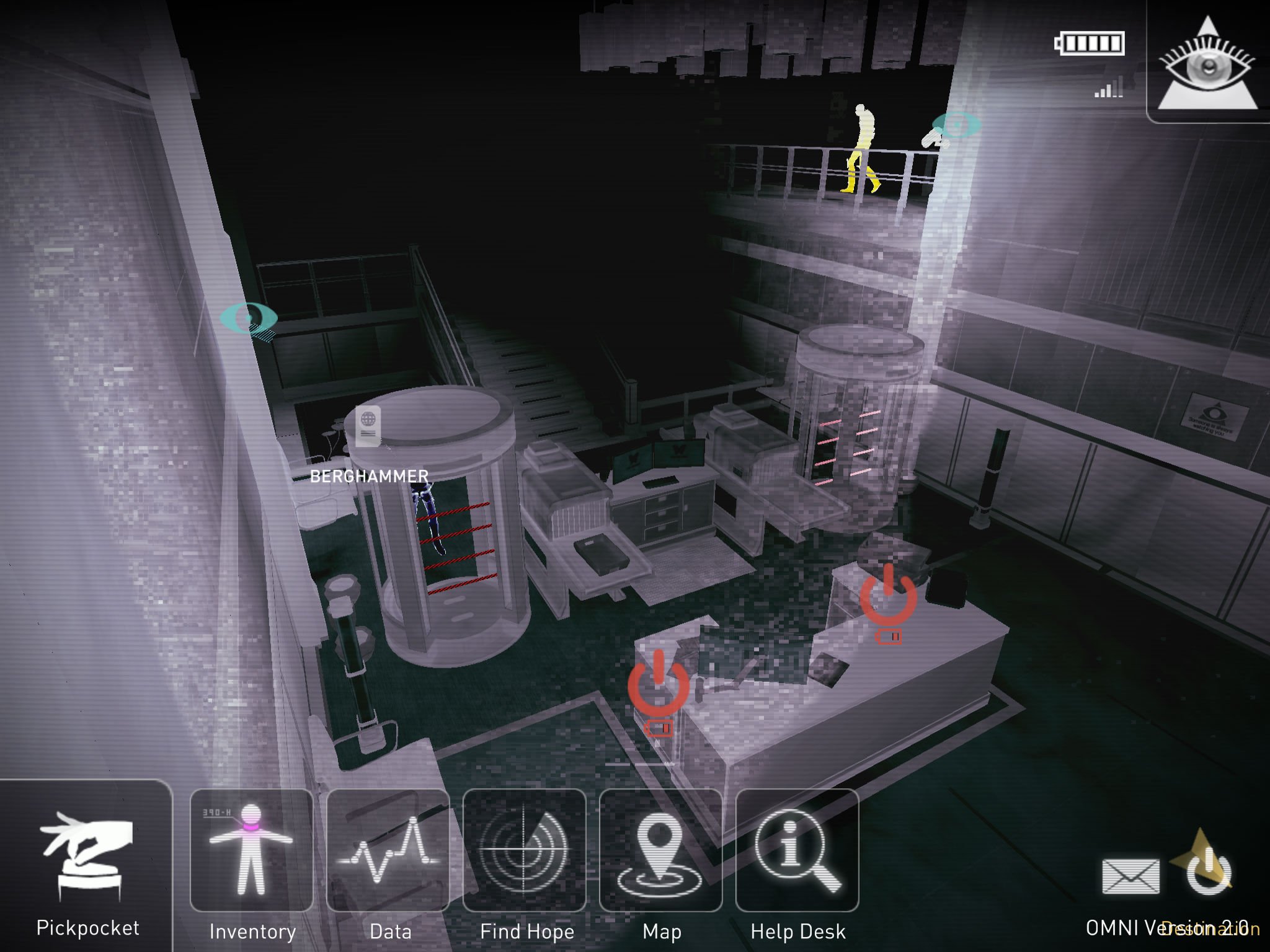 Camouflaj definitely delivered on its promise of the longest chapter so far, though some of it is like busy work in the sense that it makes you anxious to get through it just to see what twists the story is going to take. The big story beats are at the beginning and the end, but there’s a lot of sneaking, hacking and guard-defeating to do in the middle. It’s also worth noting that this is the middle chapter of the overall République saga, so is it possible that Ones & Zeroes is structured this way on purpose as some sort of meta-commentary?

Given that not much in this game is in it without a reason, you can’t rule it out.

The Lord of the Rings: Legends of Middle-earth Review – Not Quite Epic

Puzzle to the Center of the Earth Review: The Spelunky of Match-3